Like other restaurant owners across the state, Sarah Kelly was forced to close her doors due to the spread of coronavirus. 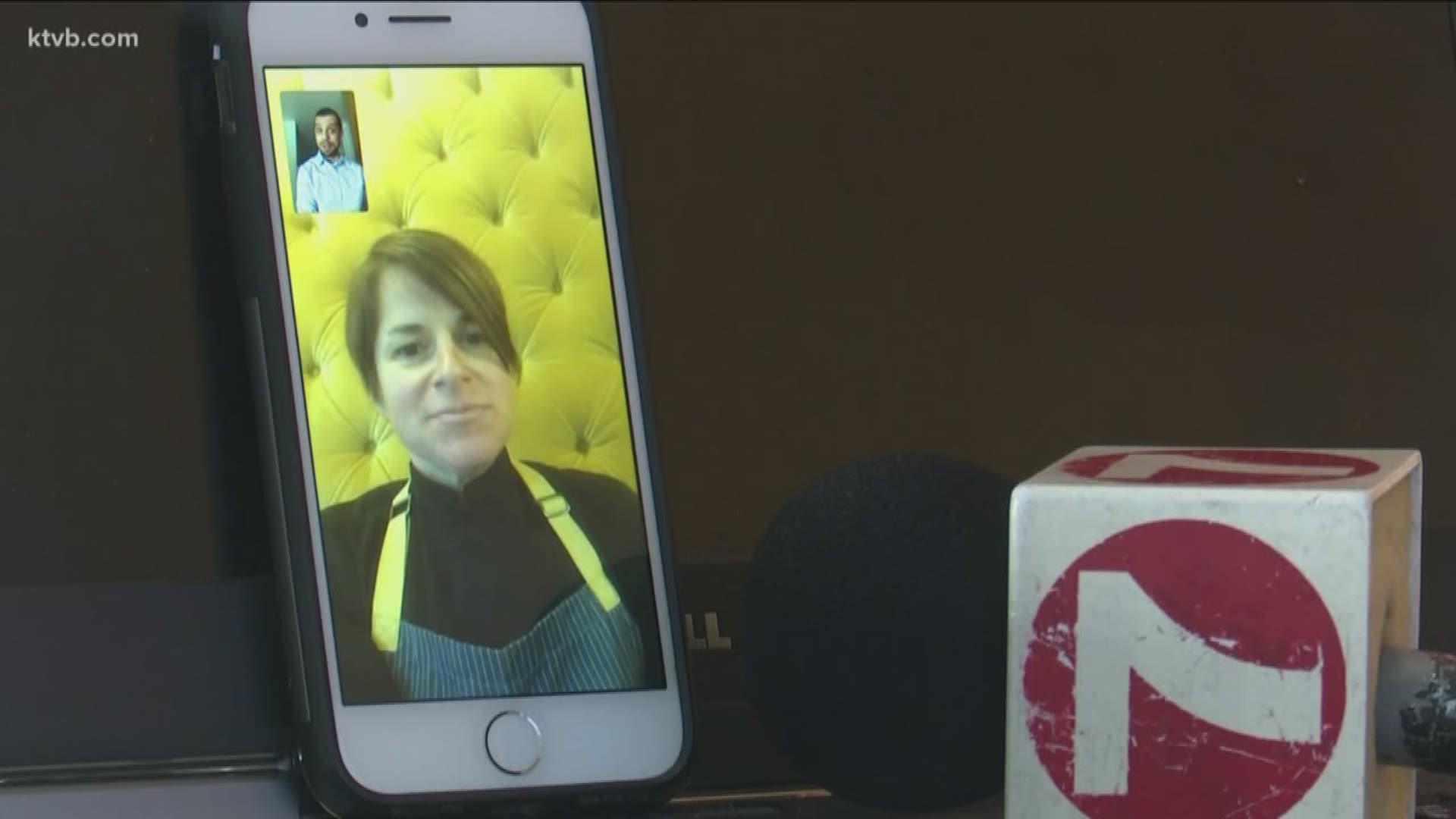 BOISE, Idaho — Shortly after Sarah Kelly became the first woman in Boise to be nominated as a James Beard chef, the pandemic hit.

Kelly was forced to shut the doors of her French bistro Petite 4, missing out on new customers.

“It’s definitely been a whirlwind,” Kelly said. “To be nominated in itself is an award for me, something I’ve never dreamed of having. Unfortunately, we didn’t get to capitalize on that because it was about two or three weeks after that when we closed. However, everyone that was nominated is in the same situation all over the country.”

Kelly added that she feels like it validates all the hard work that she has done to this point, starting with her former restaurant, Bleubird.

While Petite 4 is still closed, Kelly has been doing other business.

“Even though we’ve drawn on past businesses and current businesses, we had to come up with a small business on the fly with no startup capital,” she said. “We have been doing pop-ups and most of them are based on our past business, Bleubird, because the price-point is more affordable to people at this time as opposed to buying steak frites to go.”

Kelly plans to open her restaurant later than others, which will be allowed to reopen dine-in areas during Stage Two of Gov. Brad Little’s four-stage Rebound Idaho plan.

RELATED: 'Most of the state will be open by the end of June': Here's when Idaho bars, churches and more could reopen under Gov. Little's plan

“Our restaurant is so small, if we were to take tables out, we would be paying you to eat there,” Kelly said. “We’ll probably be a little bit behind other restaurants opening, because we want to guarantee you the Petite 4 experience. It’s not just about food and service, it’s also about creating an environment. If it’s cold and empty, I wouldn’t wanna go out to eat in that.”

While you may not be able to book a reservation at Petite 4, you can still bring some Petite 4 gourmet flavor into one of the most common household meals – pasta.

The following recipes are from Sarah Kornfield Kelly:

-Peel of 1 lemon shaved and julienne

Cook pasta according to instructions, be sure to salt the water. Strain after cooking reserving one cup pasta water. Meanwhile, heat oil in heavy duty pot, add vegetable and cook for about five minutes until soft, but not mushy or browned.

Add garlic and red pepper flakes and lemon zest, cook one minute. Turn off until pasta is ready.

In sauce pot, sweat garlic and shallot about three minutes. Deglaze with red wine and balsamic. Let cook about one minute. Add marinara and salt, bring to simmer, let thicken for about 5 minutes.

Add cream and turn to low, incorporate cream into sauce. You can use his doctored up marinara on pasta, meatballs, chicken parmesan, etc.

I like to top a simple pasta and marinara with the simple salad below for a nice meal.

Simple salad ( I like to place this right on top of the pasta):

Toss all together, be sure to use enough good salt and good EVOO.

See all of our featured recipes and how to cook them in our YouTube playlist: