Freshman Kyle Payne found himself in the starting lineup for the first time in six weeks with a berth to the NCAA DII College World Series on the line. 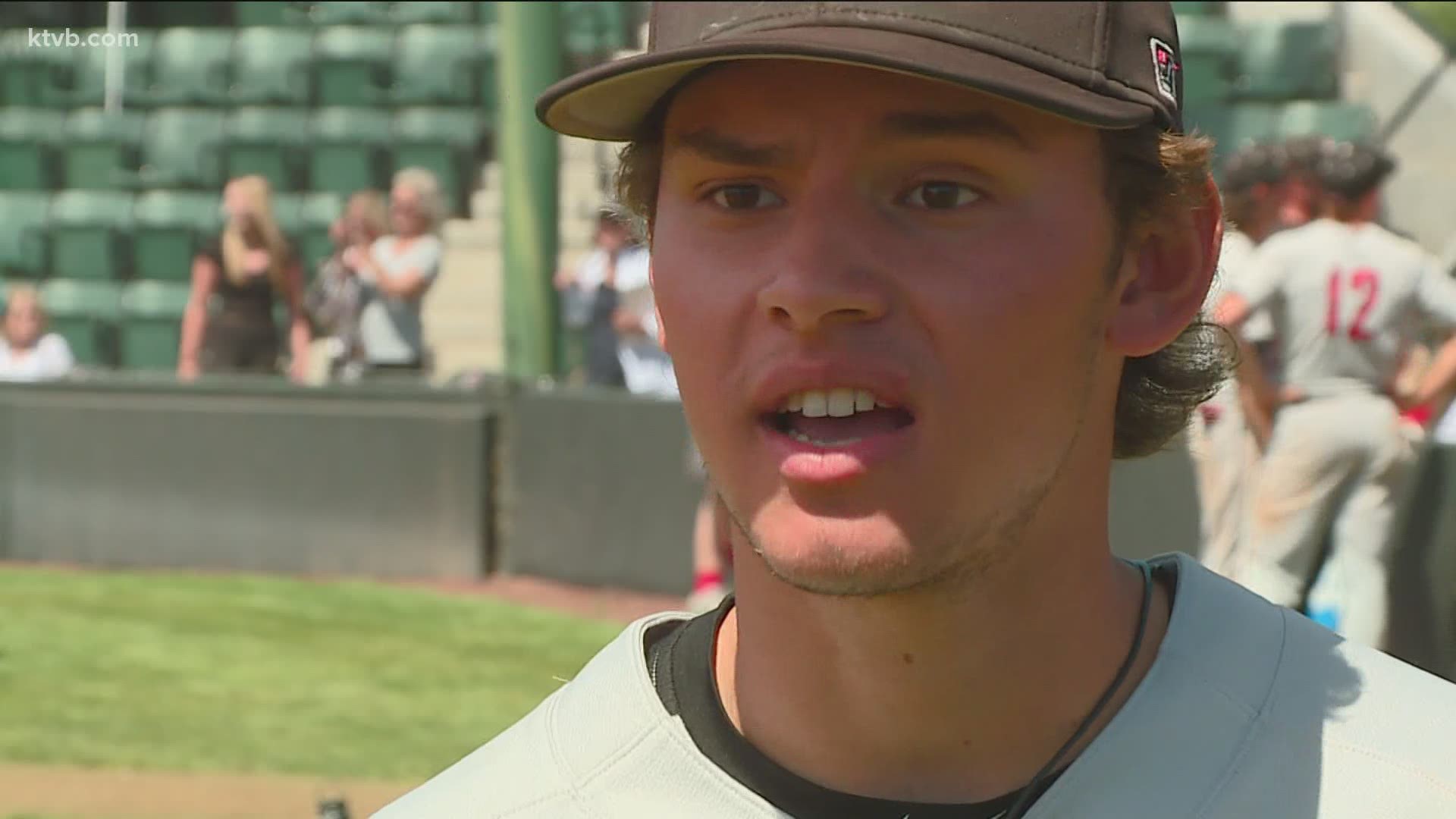 NAMPA, Idaho — Some of the best stories in sports are the ones you least expect.

The inception of such a story was buried at the bottom of a lineup card stuck to the wall in the Northwest Nazarene dugout, prior to the NCAA DII West Regional Baseball Championship on Saturday in Nampa.

"I had no idea going into the game at all," freshman second baseman Kyle Payne said. "I walk in the dugout, check the lineup card, and I was on it. I got in the cage, got some swings, and just tried to get myself prepared for the opportunity if I got."

All season long, Payne had been a contributor on the Nighthawks. He was a complimentary piece amongst a half dozen players on a record-setting team with all-conference accouterments attached to their names.

On Saturday however, the circumstances called on head coach Joe Schaefer to make a calculated move, and it turned out that Payne's name was the perfect addition to the NNU lineup.

"Shane Martin is a ground ball pitcher, so we figured we'd go with our best defensive lineup," Schaefer said. "Kyle didn't prove us wrong. He made great plays defensively."

Six weeks removed from his last start, and 23 days standing between him and his last at-bat, Payne's talent met his potential on his championship afternoon in Nampa.

He homered not once but twice, the second of which gave the Nighthawks a commanding 12-6 lead over Western Oregon in the eighth inning.

"And he did it twice," Gonzalez said with a beaming smile.

"I was telling myself to be on time, no matter the pitch, fastball or off-speed," Payne said. "It was awesome to see it go out, round the bases and see all the guys get excited. It was a great experience."

When he was done circling the bases, Payne returned to the field and continued to script his legendary day. He helped turn a big double play to end the bottom of the eighth inning. Then in the ninth, with the Wolves down to their final out of the season, Payne found himself in the spotlight again.

"We told [Payne], 'don't be afraid to be super aggressive," Gonzalez recalled. "You can make this play. You have the athleticism, you have the arm, and you have the know-how of attacking this ball.'"

Western Oregon senior Connor McCord, the GNAC Player of the Year, stepped into the batter's box for Western Oregon and sent a hard ground ball bound for the right-field grass between Payne and Gonzalez.

Moving quickly to his left, Payne was able to make a diving stop. He got to his feet and threw to Gonzalez at first baseman just in time to retire McCord, and spark an unforeseen celebration at Vail Field.

"I saw the ball and I thought to myself, 'This is it. This is his play. He did everything he had to do, he got up, had time, and now we're here," Gonzalez said.

The @NNUBaseball is the NCAA DII West Regional Champion!

The Nighthawks are going to the College World Series! pic.twitter.com/QtxOFiW0MD

He was the last chain in the link connecting the Nighthawks to their first-ever trip to the College World Series.

"We knew that he was capable of doing what he's done, he just hadn't done it yet," Schaefer said. "We put him in there for the defense, got phenomenal defense out of him, and he's one of the guys that steps up and proves to be a big component in the spot that we need him."

Two home runs and two outstanding defensive plays, too much talent to only be potential. Maybe Kyle Payne isn't a surprising story. He was just waiting for the perfect game to tell it.

"It's definitely going to sink in later. With how important this game was, it was awesome to get the opportunity," Payne said. "I thank coach Schaefer for the opportunity and I'm glad I was able to make the most of it."