With 573 career home runs, Harmon Killebrew not only made his presence know at the plate but also in his hometown. 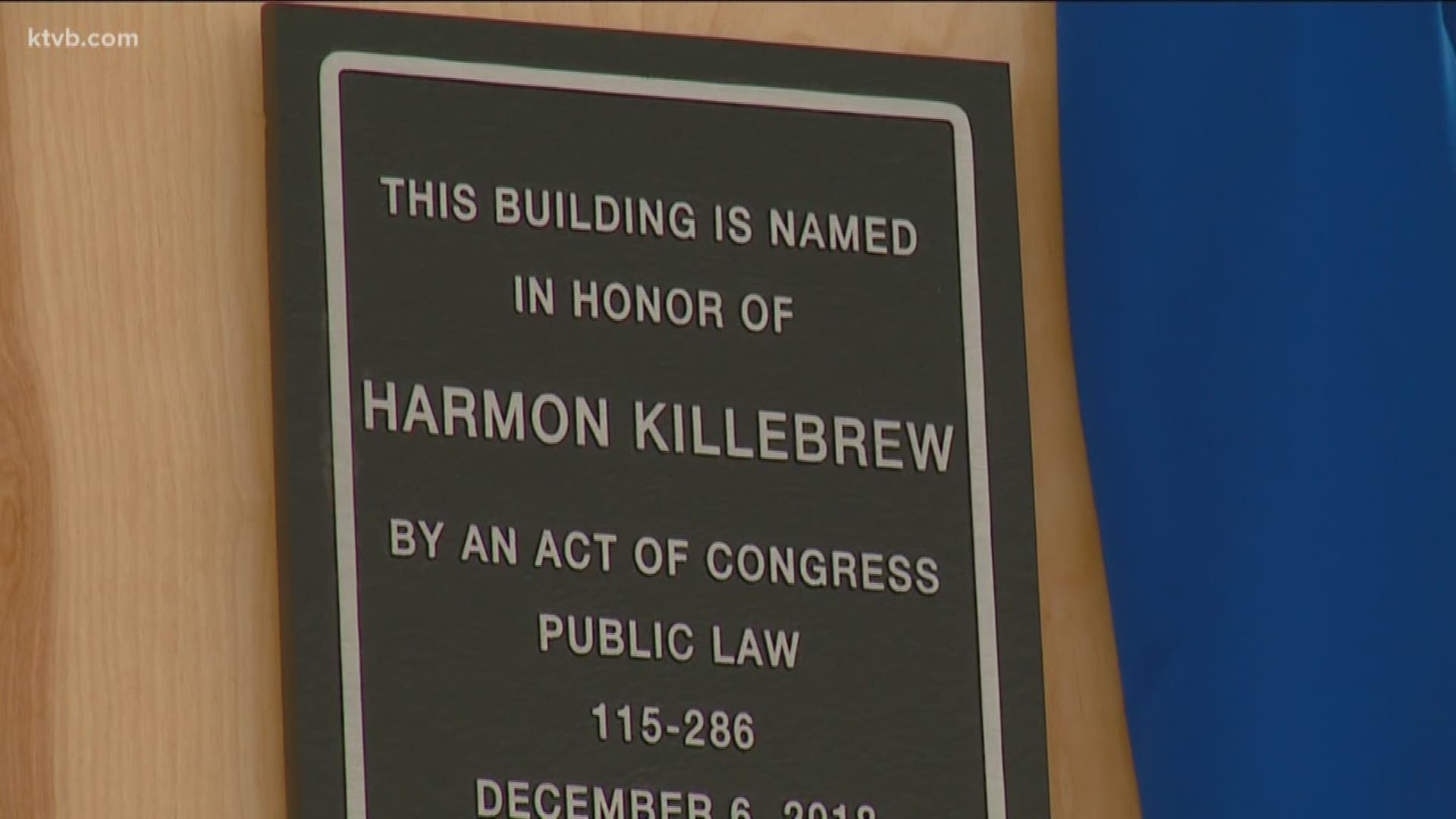 PAYETTE, Idaho — The Payette community once again honored their hometown legend and Base Hall of Fame inductee Harmon Killebrew by dedicating a post office to their hero.

The ceremony wrapped up on Friday afternoon, with major fanfare with hundreds of people crowded in attendance, including Idaho Gov. Brad Little.

Gov. Little spoke at the ceremony, saying Killebrew played with his heart.

Honoring Killebrew was made possible after former Rep. Raul Labrador passed legislation to name the Payette post office after Killebrew in 2017. The bill was signed into law last year.

"Killebrew was far more than a star on the field, he was truly a good man and a kind man, who used his fame to support charitable efforts and make the world a better place," Labrador said.

Killebrew's son, Cam, said during the ceremony that his dad was there with them, smiling down at the ceremony.

“Killebrew was far more than a star on the field, he was truly a good man and a kind man, who used his fame to support charitable efforts and make the world a better place,” Cam told the crowd. “If you know anything about my dad, you know he loved three things and those were: baseball, ice cream, and kid."

The Hall of Famer was considered one of the top power hitters of his era. He was offered a contract to play in the majors before he even turned 18.

During his time in the Majors, he led the American League in home runs for six seasons and was named an All-Star 11 times.

“He’s the greatest sports figure from the state of Idaho,” Labrador said. “He wanted to be remembered for being a good man, for treating people kindly and with respect.”

Killebrew devoted his life off the field to raising money for cancer research and supporting organizations like the Miracle League, which builds baseball fields for kids with special needs to play on.

The Payette post office where the All-Star was honored was originally built in 1937 and is on the National Register of Historic Places, making it a historical site for a historic player.

He died in 2011, but his legacy still lives on strong in the hearts of minds of his hometown, not just because of what he accomplished on the field, but what he did off of it.

MORE: Killebrew to be laid to rest in Payette Monday