Deputies who responded to the scene found the horses' water tank empty. 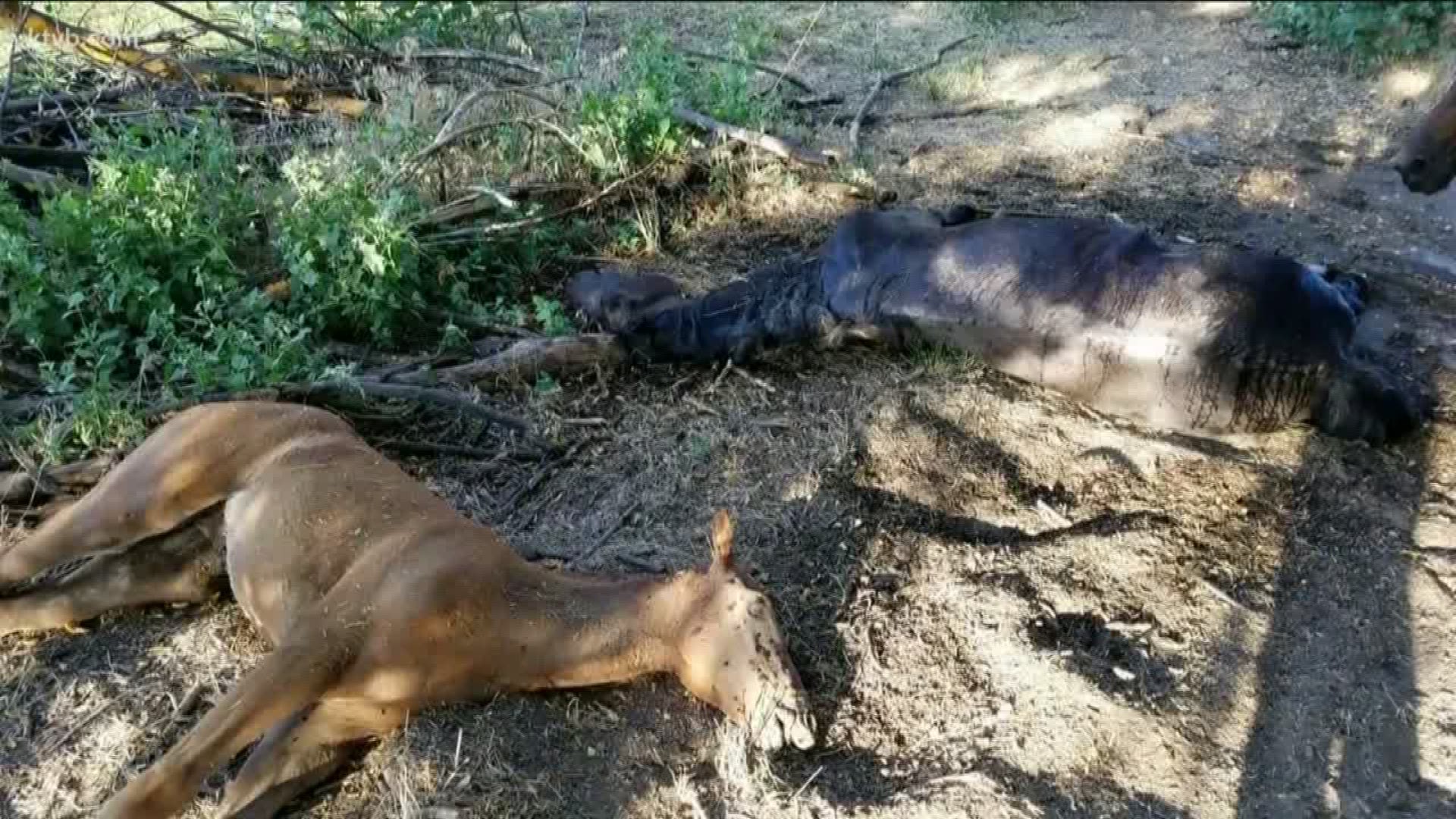 PAYETTE COUNTY -- The Payette County Sheriff's Office and Payette Police are investigating after four horses were found dead in a pasture over the weekend.

On Sunday, the sheriff's office received complaints about animal neglect on Hurd Lane.

Deputies who responded to the scene found the horses' water tank empty and four dead horses.

“It was determined that the horses died from lack of water," said Payette Police Chief Mark Clark.

Another horse was severely ill.

“There no water in holding tanks. Further investigation led us to believe the horses hadn't been checked on in some time," said Clark.

Police say the property recently changed ownership but the horses are owned by Shannon Pearce, who owns Colt 45 Horse Ranch in New Plymouth.

“Shannon is known to us because we've had multiple complaints of animal abuse, horses being out, several years of complaints," said Clark. “From what I can tell he's given conflicting statements on when he physically checked on the horses.”

Neighbors and the community are outraged.

“There was no excuse for it. This trough was bone dry, empty and it was a terrible way for the horses to have died. They must have suffered immensely,” said neighbor Ted McGourty.

Neighbor Lisa Holt posted several photos of the horses online. Lisa, along with several other neighbors like Ted McGourty, tried to help one of the horses.

“I ran a hose and we got water to it and it did survive the evening. The owner picked it up on Monday morning,” said McGourty.

“I would like to see him prosecuted," said McGourty. "I think the cruelty was beyond belief. They must have been without water for several days. It was terrible, the one horse died right in front of us when we were putting water to it. My fear is he has other horses that are very much neglected, and if he's treating them like these. Something needs to happen."

Clark says they are still in the early investigation process, but says the owner could face misdemeanor charges for animal abuse.

"Many of our employees own animals themselves and are as heartbroken by this as much as our community is. We appreciate the community's concerns and would like to remind all animals owners that the heat is reaching triple digits," the Payette County Sheriff's Office posted. "Animals need a consistent water source and can overheat very quickly, please ensure you are taking care of your furry family members."