After being shot in the head by a flare gun as a toddler, 6-year-old Lincoln Morton dreams of riding a bike with his brother. 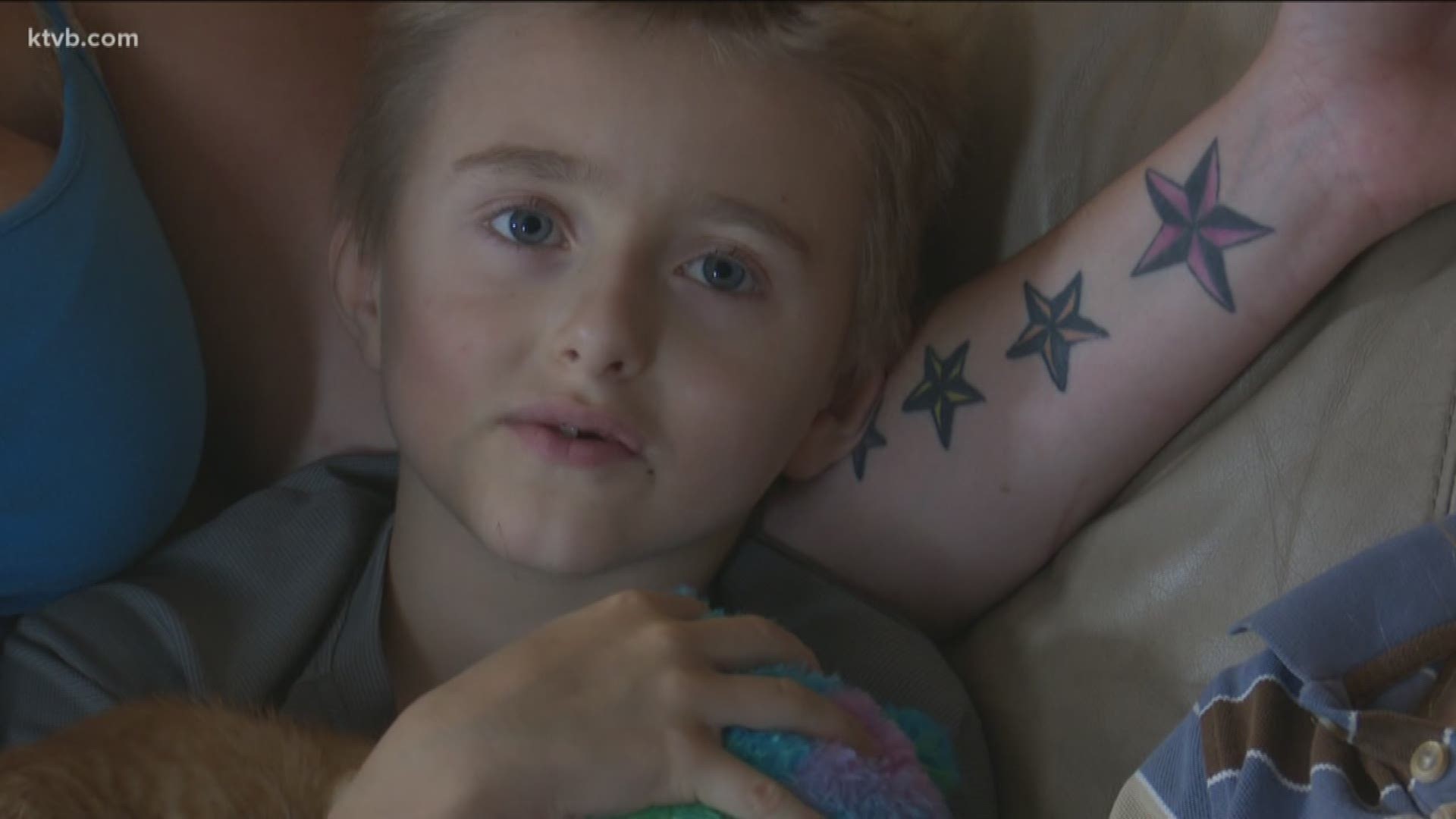 PAYETTE, Idaho — Six-year-old Lincoln Morton dreams of riding a bike with his brother, which seemed like a long-shot years ago.

Lincoln was one year old when he was shot in the head by a flare in 2014. He was diagnosed with a Traumatic Brain Injury, which affects his motor skills. He can't walk and even has a hard time crawling, but his dream is to ride a bike with his brother and friends.

"He always asks to get on and ride and stuff like that, but he can't at all," Kylee Morton, Lincoln's mother said.

Morton said that since the accident, Lincoln has been progressing just fine.

"He does work hard," she said. "He can army crawl and he's working on getting up on his hands and knees to crawl regular[ly]."

The Mortons regularly go outside, where Lincoln's brothers ride their bikes, but Lincoln has to ride along in a wagon.

"When I ride on the wagon in my wheelchair, I get bored," Lincoln said.

Last week, Lincoln got a slice of heaven when he rode an adaptive bike at therapy.

"It fit him good," Morton said. "It's just an adaptive bike for the disabled and there are all different kinds. I really wanna get him one."

New adaptive bikes can cost thousands of dollars, so Morton is looking to purchase a used one.

"He would super love it," she said. "It would help strengthen his legs, get him around, get him to able to participate and do more things."

Morton wants the best life for her son and said her number one goal is to get him his bike.

People interested in helping Kylee purchase Lincoln an adaptive bike can donate to their GoFundMe page.

RELATED: UPDATE: Stolen bike of drowning victim returned to Boise family after they begged for it back