The crash happened at a paragliding park on Old Emmett Road. 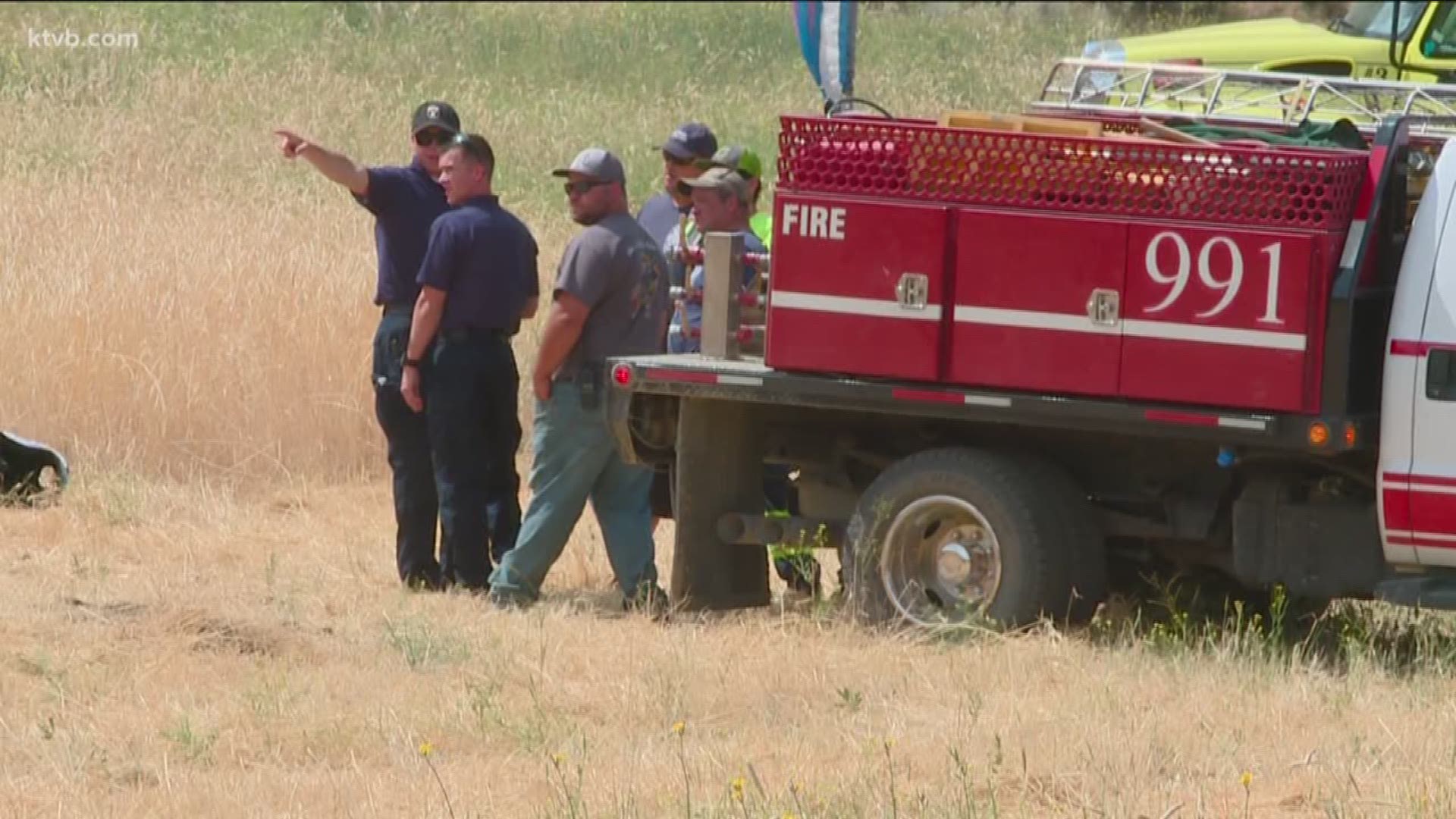 HORSESHOE BEND, Idaho — One man is dead after the paraglider he was flying crashed in Horseshoe Bend Monday morning.

The crash happened at about 11 a.m. at the Horseshoe Bend Flight Park, located at 235 Old Emmett Road.

Idaho State Police, the Boise County Sheriff's Office, the fire department, paramedics and an air ambulance were all on scene.

Horseshoe Bend Flight Park is a paragliding park that offers pilot training and tandem flights. It's unclear whether the paraglider that crashed was carrying one or two people.

The name of the man who was killed has not yet been released. KTVB has a crew at the scene, check back for updates.