More than 200 members of the 124th Fighter Wing deployed Monday, with more to follow in the coming months. 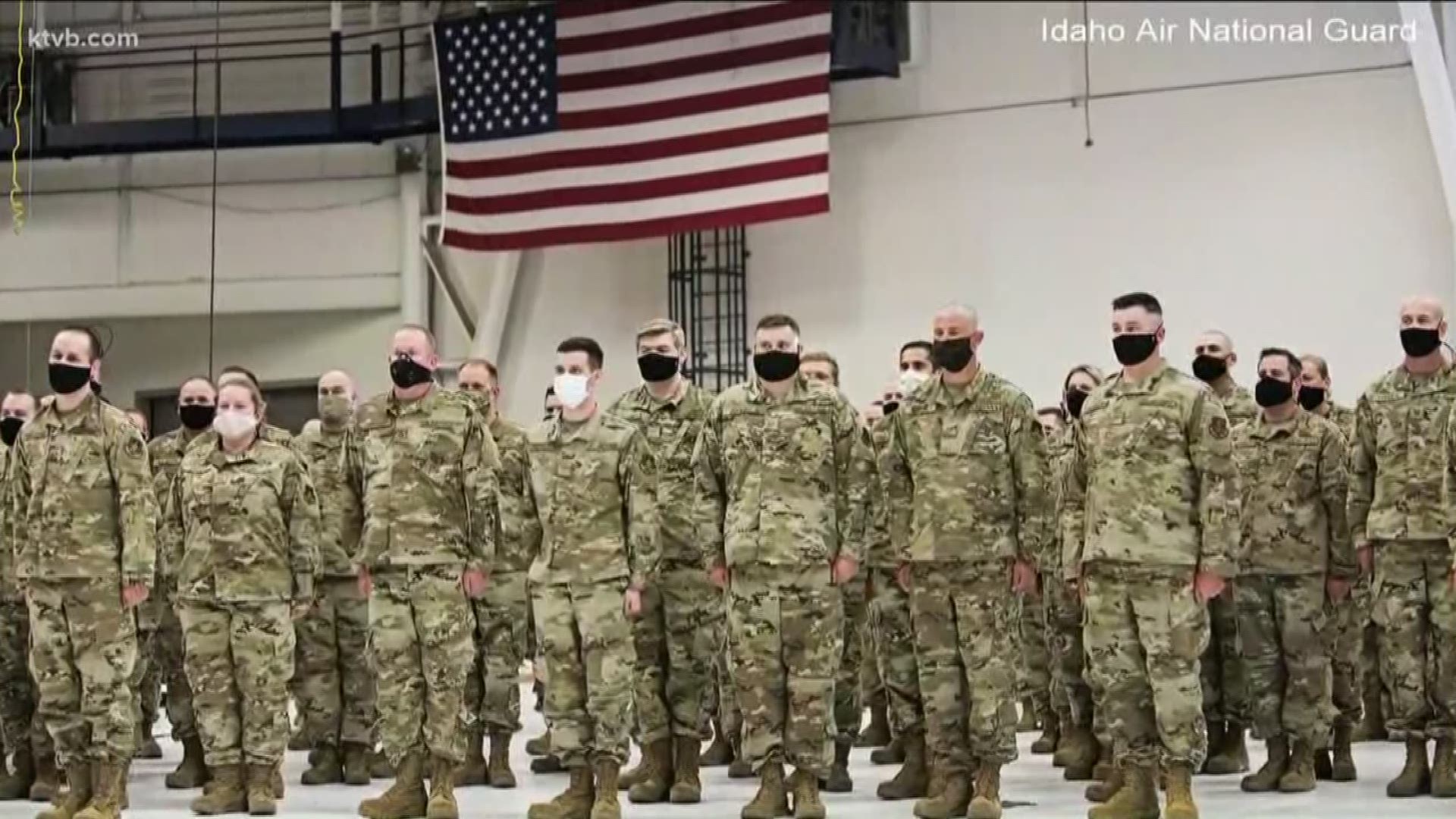 More than 200 airmen flew out from Gowen Field Monday afternoon. It's the first in a series of deployments planned throughout the spring and summer.

In total, more than 400 members of the Guard's 124th Fighter Wing will be sent to the Middle East to support ongoing combat operations in the region, including Operation Freedom's Sentinel, Operation Inherent Resolve and Operation New Normal.

The deployments include all manner of aviation staff, such as pilots, security forces, and maintenance and medical personnel. Because of the nature of the missions, not many specifics have been released, but the deployments are expected to last about six months.

Airmen have been training for the deployments for months, but the current coronavirus pandemic did require them to make some changes, including how they say goodbye to family members and how the airmen stay healthy while working in close proximity to others.

"This is what we train for," said Col. Shannon Smith, commander of the 124th Fighter Wing. "So remarkably, when we do something like this, this is what we do. This is what our families do when we prepare to deploy so I think we’ve been training for this for years, we just didn’t know it would come all at once where we would have a scheduled deployment and then we face the pandemic and overcoming that.

"Every deployment is different," Smith added. "That’s an understatement for this one but the way we fight or the way we get to the fight doesn’t change. It’s just the specifics of actually making it happen.”

Because of the pandemic, most guard members were wearing face masks as they boarded the plane. And instead of families saying goodbye in the hangar like they normally do, they used a drop-off line earlier in the day to send off their loved ones. A private YouTube channel was also set up for final goodbyes from the airmen before they deployed.

"Our families serve just as much as our military members do so we’ve done as much as we can to ease the roller coaster," Smith said.

Because of the ongoing worldwide pandemic, the Guard's international travel was delayed. They were finally able to get an exception so they could leave for the Middle East.

Smith added that the hardest part of preparing has been balancing their call to service responsibilities with the safety of the airmen.

“If there’s a silver lining, our goal from the beginning of COVID was to ensure mission success and preserve our capability," he said. "So we’ve protected these airmen like the national treasure that they are."

Though he couldn't be at Gowen Field for the actual departure, Gov. Brad Little was on hand earlier in the day to speak with the airmen and thank them for their service.

"We recognize the impact this mission will have on our community and we deeply appreciate the sacrifice of Idaho's service members," Little said in a statement. "This deployment once again displays the commitment of the 124th Fighter Wing and its members, as well as the dedication demonstrated by the community of families, state and local leaders, neighbors and employers who provide unwavering support to our service members."

“You should be very proud of your guardsmen," he said. "They stepped up to the plate and we’re going to go execute as we were asked.”