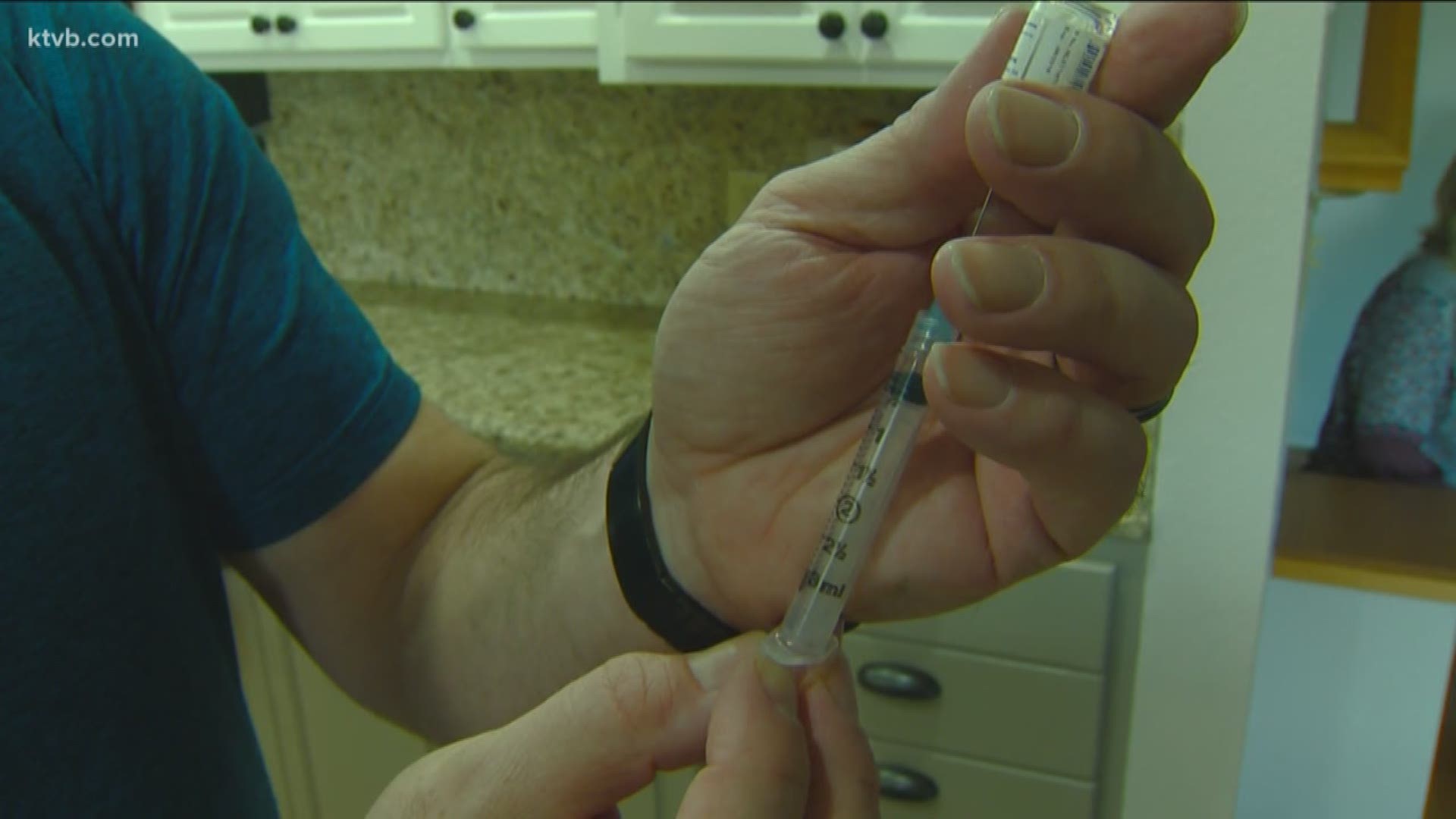 It’s an antidote that can reverse the effects of an opioid overdose in a matter of minutes: Naloxone or better known as Narcan. The opioid antagonist is being put in the hands of law enforcement, paramedics, and pharmacies as the opioid epidemic continues across America.

However, it’s important to remember that not everyone at risk of an overdose is a drug abuser.

John Ode says had in not been for Narcan in his home, his father-in-law would have become another accidental statistic.

“There's my father-in-law in the middle with where his eyes should be, there's two black voids and his breathing was later described to me as the death rattle,” Ode said.

It was 2 o’clock in the morning and Ode’s father-in-law wasn’t breathing.

David Hill, Ode’s father-in-law, has taken pain medication off and on over the last several years for surgeries on his shoulder.

“Something happened with his kidneys to where it stopped processing the medication, which caused an overdose situation,” Ode said.

Ode says thankfully, a few days prior, while he was picking up pain medication for his wife’s elbow, the pharmacist recommended Narcan due to the potency of her medication.

“I had no idea this drug existed and couldn't even pronounce it,” he said.

The antidote reversed the effects of his father-in-law’s overdose and eventually saved his life.

“While I was out here my wife and mother-in-law saw my father-in-law come up from this near-death experience to a big gasp of air and said, 'what happened?’” Ode said.

Although, the drug has been subject of controversy over the years, Pam Eaton, the President of the Idaho State Pharmacists Association, says there are benefits to having the antidote.

“It's all about education, just teaching people if you're going to be on an opioid, here are the possible side-effects, here's the possible dangers to it and by the way there is this other drug, naloxone, that could possibly save your life if something does go wrong,” Eaton said.

In 2015, the Idaho Legislature made it easier for people to get their hands on Narcan. Currently, you can get the antidote around the state by walking into most pharmacies and talking with a pharmacist.

Eaton says it’s training that starts when a customer walks through the door.

“We would be estate planning right now,” Ode said.

“I'm just glad he had it here and was able to pop it in me,” Hill said.

The Idaho Office of Drug Policy has an opioid misuse and overdose work group that’s educating prescribers, patients and the public, improving opioid prescriptions practices, strengthening support and families, and expanding awareness and access to treatment. It’s a part of their five-year strategic plan and vision on opioid use in Idaho.