The new education center will be located next to the Idaho Anne Frank Human Rights Memorial on 8th Street in downtown Boise. 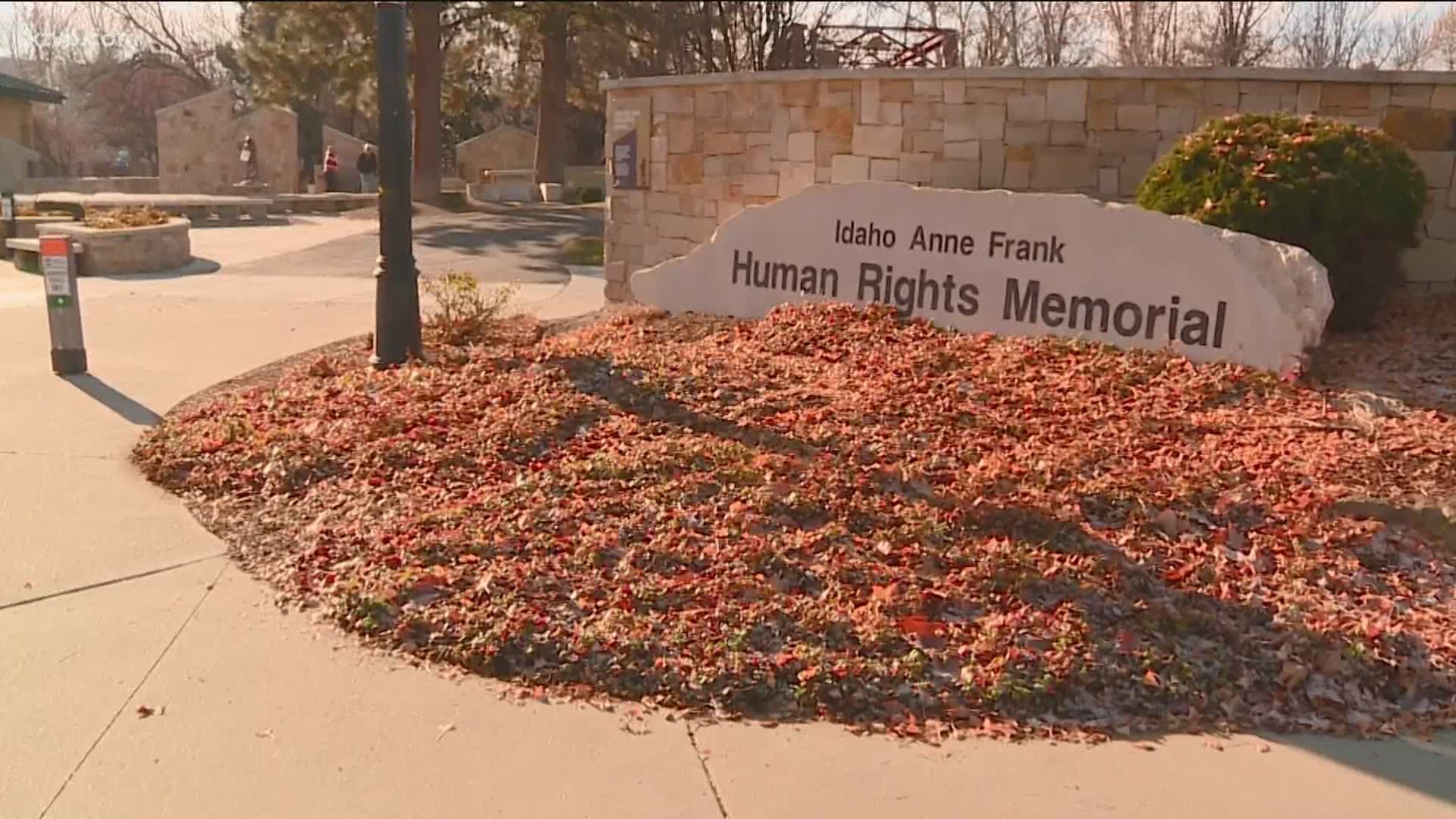 The $3 million project is slated to break ground this coming fall. Half of the money has already been raised through a silent campaign, and the center is hoping generous Idahoans will help contribute the remaining $1.5 million.

The new education center will be located next to the Idaho Anne Frank Human Rights Memorial on 8th Street in downtown Boise.

The announcement comes about a month after the memorial was defaced with swastika stickers. The stickers also had "We are everywhere" written in bold lettering.

Shortly after the vandalism, the Wassmuth Center held a virtual vigil aimed at showing that Idaho is a place of kindness and compassion. In the week leading up to the vigil, nearly $65,000 in donations were made to the center.

Weeks later, 60 banners were put up on Capitol Boulevard and Myrtle Street in downtown Boise, several of them surrounding the Idaho Anne Frank Human Rights Memorial.

The banners were placed by the Downtown Boise Association and the Wassmuth Center for Human Rights to spread a message of love and inclusivity, following the Dec. 8 vandalism.

"As we've seen with billboards throughout the valley, yard signs distributed throughout the state, banners hanging in downtown Boise, it is that proclamation that people of good, people of compassion, people of justice, people that believe in equality and respect for human dignity and diversity are, in fact, everywhere," said Dan Prinzing, executive director of the Wassmuth Center.