Teen's 'meal in a cup' a big hit at Interfaith Sanctuary

Officials at the homeless shelter hope Maloree Barbera's example will inspire others to help out. 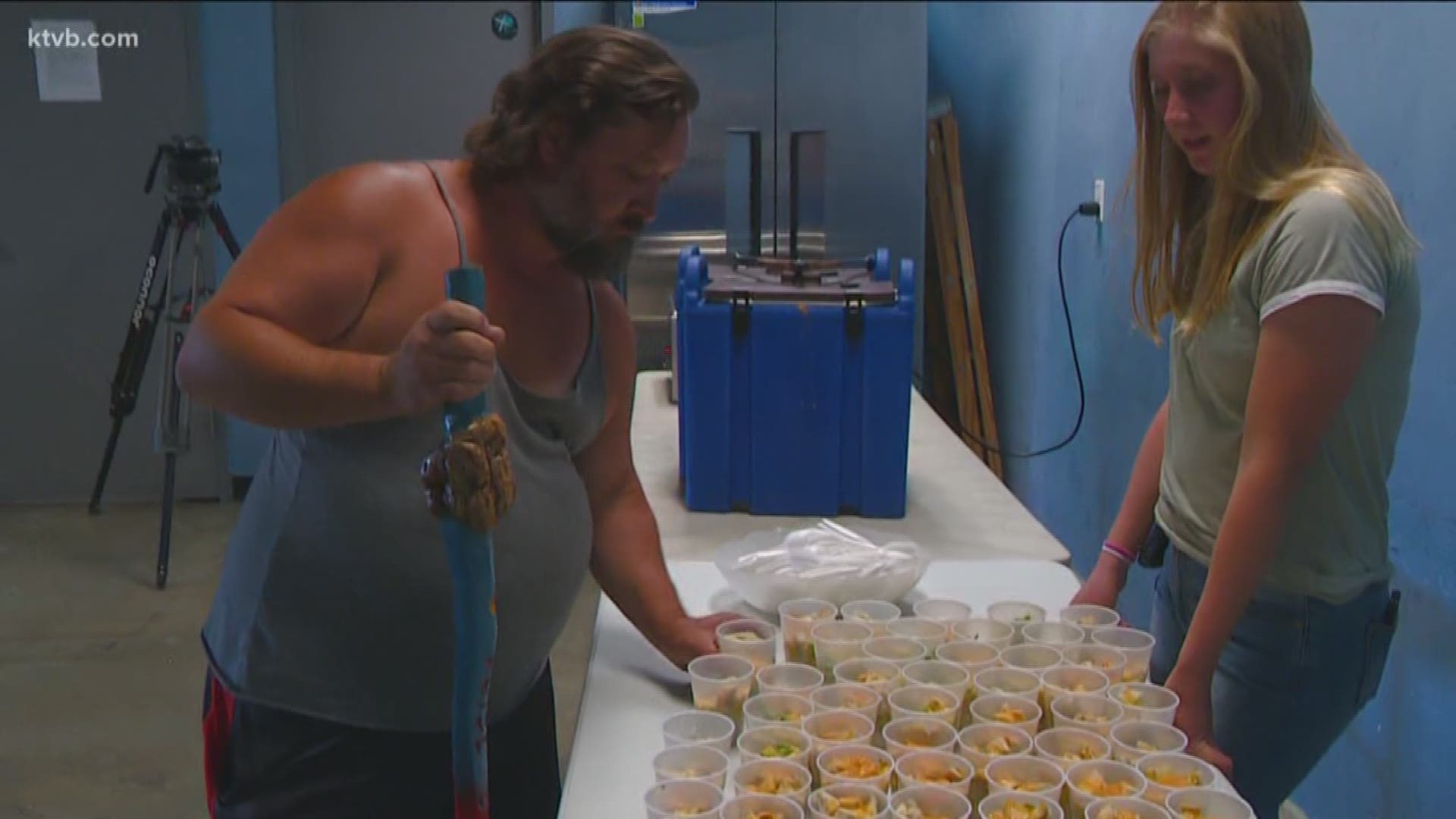 BOISE — Maloree Barbera is something special. The 17-year-old loves to volunteer, and recently she started doing something pretty cool at Interfaith Sanctuary.

Whenever she can, she brings what she calls "a meal in cup" for all the people staying there.

"It's like a hearty meal," Maloree said of her culinary concoction. "We have mashed potatoes, chicken, corn, peas and cheese on them."

During a recent visit to Interfaith Sanctuary in Boise, Maloree served her creative take on dinner to the people living at the shelter.

Volunteering is something that her family got her hooked on.

"Our whole family, every month or so, we'd come and make sandwiches and bring them down," she said. "And I just was thinking, sandwiches are kind of boring, especially when you are giving them out all the time.

"I was thinking maybe a meal that's more exciting, and healthy, and also a meal that is easy to take and tote around would be perfect," she added. "So that's where this idea came from."

Maloree prepares the meal at home for about 200 people, and then brings it in.

"Everyone who grabs a cup is usually really excited because it's a new meal that will fill you up too, which is nice," she said.

Jodi Peterson, the co-director of the shelter, says Maloree's meal in a cup wins for its creativity and its nutritional value.

"She covers all the categories, she has carbs, she has protein, she has vegetables," Jodi said. "And it's all in one cup, it's a meal in a cup. But more importantly it tastes really good and it's super good for you."

Jodi says having a teenager care so much about the homeless is incredible.

"It just gives you hope," she said. "That means a lot to our guests."

Jodi is hoping more people in our community will be inspired to bring a meal.

"We don't have meals on Saturdays and Sundays, so if a community group wanted to be really impactful they could adopt our shelter for a Saturday or Sunday and get to know our guests," Jodi added. "Everyone who does it loves it, and they always sign up again."

Maloree loves the time she spends at the shelter.

"Everyone is super friendly and I actually really have a good time just like chatting with people," she said.

"I have the opportunity to do something like this, so I may as well just go for it, because I'm really passionate about helping people, and anyway I can help my community is a good thing for me and everybody."

If you are inspired by Maloree, you can sign up to bring a meal to Interfaith Sanctuary.