15-year-old Evan Wilson has a long road ahead as he recovers from a brain tumor. But thanks to some generous donations, the Boise teen has a place to call his own - a tiny house in the backyard of his family home. 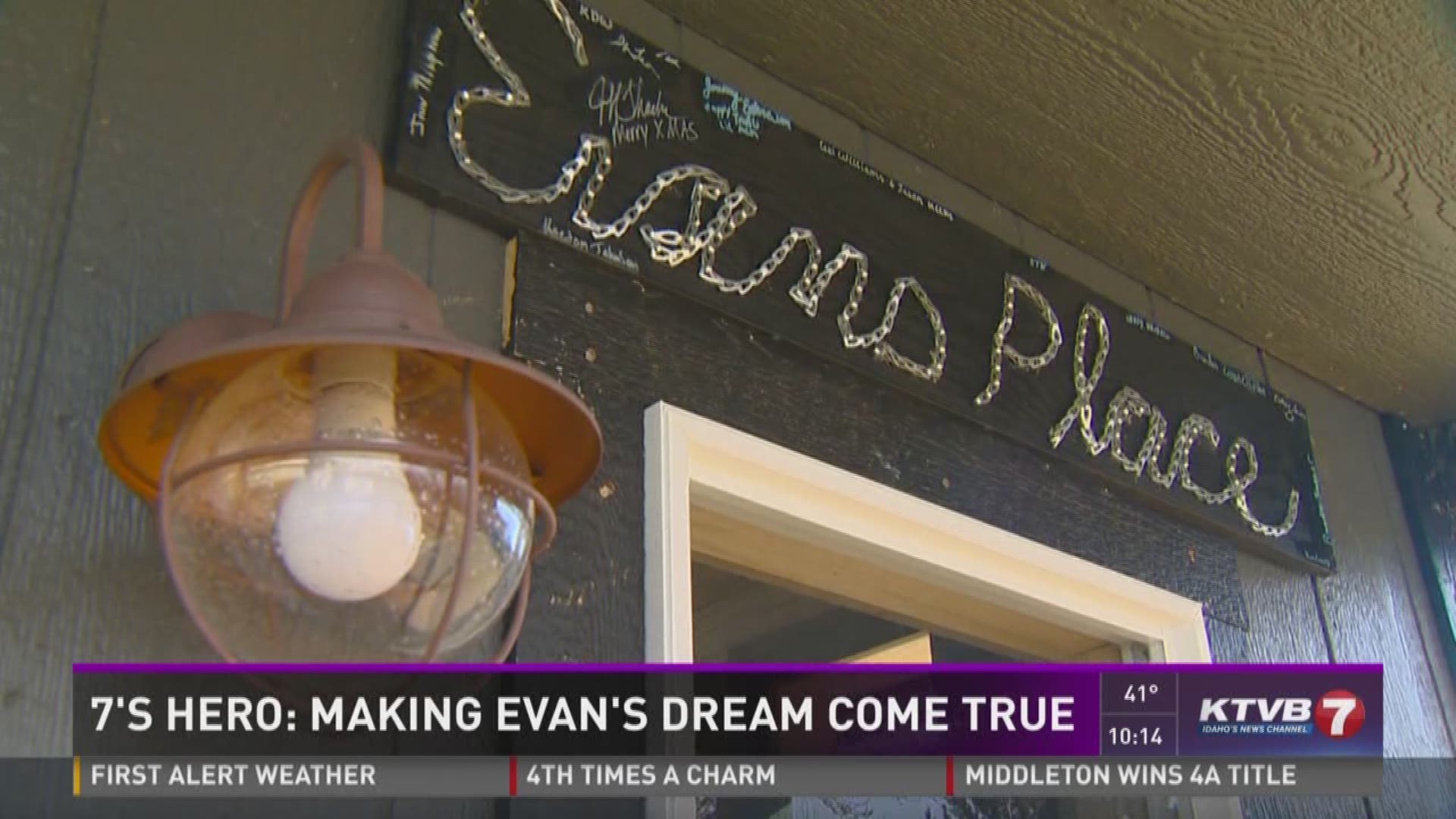 BOISE - 15-year-old Evan Wilson has a long road ahead as he recovers from a brain tumor. But thanks to some generous donations, the Boise teen has a place to call his own - a tiny house in the backyard of his family's home.

Evan's mom, Noelle, is an oncology nurse at Saint Alphonsus, so she knew right away what kind of difficulties her son would face when he was diagnosed last summer.

"I kinda knew what the diagnosis meant and what journey we were going to be on," Noelle said. "And what that meant for my kid."

Evan had surgery to remove most of the tumor, then spent his summer undergoing cancer treatment.

"He's such a strong kid," Noelle said. "He just plugs through it one day at a time and thinks it's no big deal."

During those long days in treatment, Evan started watching TV shows about the tiny house craze.

"I just thought it would be really cool to have a place out back and be loud and not have parents yelling at me," Evan told KTVB.

His mom shared that dream with her co-workers at Saint Al's. She wanted to surprise Evan at Christmas, but she had no idea what they would do next. They contacted Tuff Shed, which quickly donated a shed and called in Home Depot to deck out the inside of Evan's new digs.

"I call up and I say do you guys have any money left for the end of the year and they say we'll give you whatever you want," said Kim Coe with Tuff Shed.

Right before Christmas, a group of volunteers showed up to build Evan's tiny house in the Wilson's backyard. The weather was horrible and they still made it happen anyway.

"It made us all feel good, we had about 15 employees here that day," said Coe.

The shed was built in a matter of hours, and decked-out inside.

On Christmas, the Wilsons surprised Evan with the tiny house of his dreams.

"It was awesome, I didn't expect it," he said. "It means a lot that they took the time out of their day and stuff just to make that for me."

"They just wanted to give our kid a good Christmas, and they did," added Noelle. "It's just heartwarming... especially today when you turn on the news and you hear so much negativity, you sometimes forget that there is so much goodness in the world and in our own community."

A huge "Thank You!" goes out to everyone who had a hand in making "Evan's Place" a reality: