7's Hero: Meridian school custodian saved after having a heart attack in a classroom 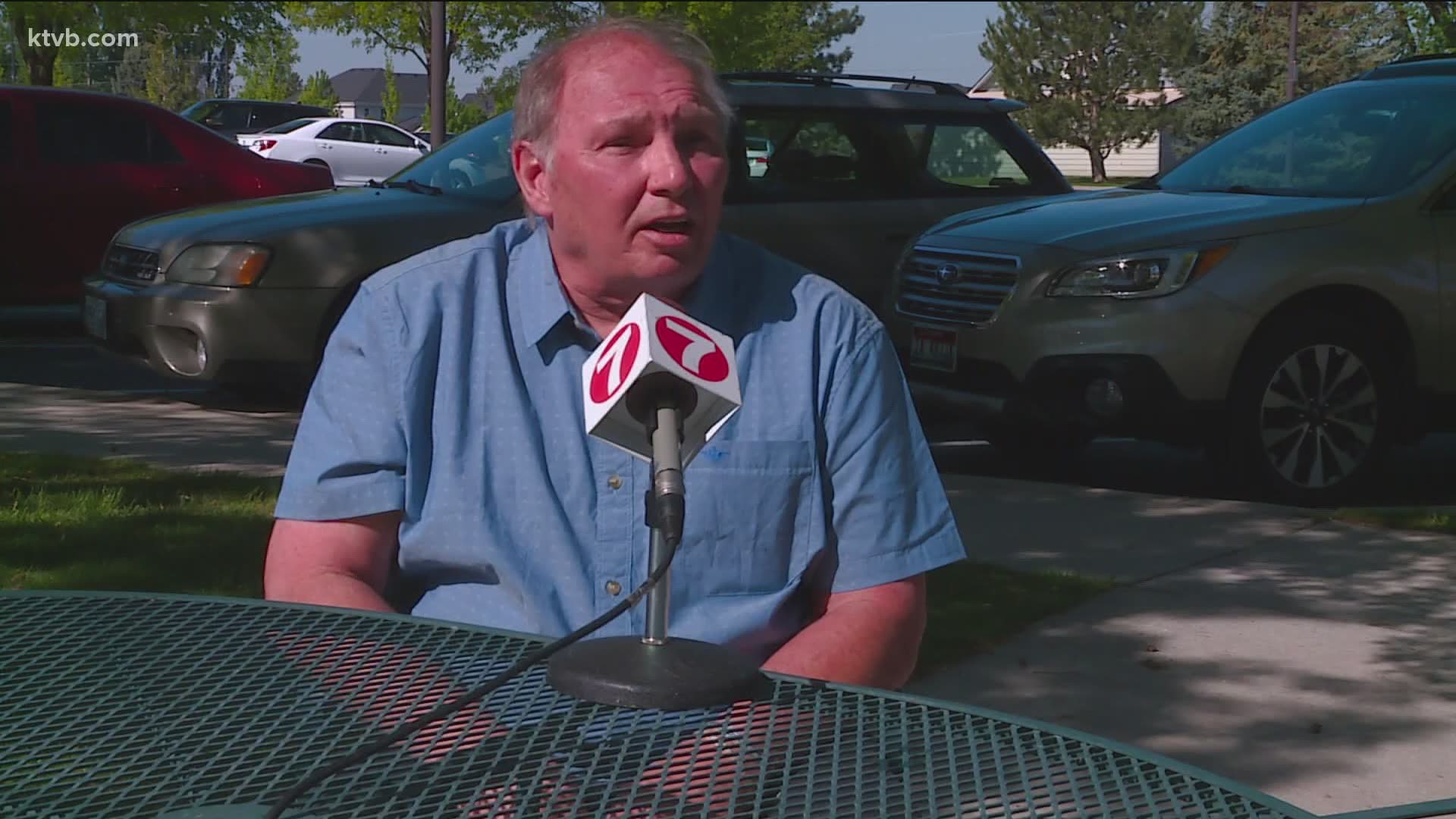 MERIDIAN, Idaho — A custodian at a Meridian elementary and middle school was saved by three fellow staff members after he had a heart attack in a second-grade classroom. He is now sharing the remarkable story of his survival.

Jeff McDonnell is a custodian at St. Ignatius, a Catholic school in Meridian. When he's not keeping the school spotless and helping with school lunch, he loves playing the guitar and making music.

McDonnell's talent inspired Merrideth Dressler, a second-grade teacher at St. Ignatius, to ask him to perform for her class. He accepted and got to school early on the day he was set to perform.

"I just came in to play some stuff, some of my songs. It was just a normal half-hour presentation," McDonnell said. "I did the presentation for Mrs. Dressler's second-grade class, and after that, I was packing up and my heart stopped and I went down. After that I don't remember anything."

McDonnell had a heart attack.

"His color was off and I could tell he was struggling to breathe," Dressler said.

Luckily, Dressler was trained as a teacher for this type of emergency and knew exactly what to do. She started cardiopulmonary resuscitation (CPR) and yelled to the classroom aide, Amy Caldwell, to get help and the Automated External Defibrillator (AED).

An AED can reset the heart's natural pacemaker and help it begin beating normally again.

Coming up tonight on #7sHERO, you'll hear an incredible story that happened right in our community at St. Ignatius...

"I ran to the office to have them call 911. Sherry the nurse came out and asked if I needed the AED and I said yes," Caldwell said.

Sherry Placido, the school-certified nursing assistant who brought the AED to the classroom, was able to help Dressler resuscitate McDonnell. Emergency medical crews arrived on the scene within eight minutes and said those eight minutes were critical to Jeff's survival.

"It was a lot and it was emotional, and I would hope for someone to do that for me and my loved ones," Caldwell said. "I was just happy that we were there to help him."

McDonnell's heart attack and the heroic efforts from the teachers all happened while students were in the classroom.

"They knew that it was an emergency situation for sure," Dressler said. "We let them ask questions and the counselor was there to offer guidance and support."

When McDonnell recovered and finally came back to work before school wrapped up for the year, he made a stop in that very classroom. He was met with applause from the young students. The husband and father of three daughters sayid he is so grateful that he was surrounded by his school family when it happened.

"I am very lucky, I'm blessed," McDonnell said. "If I wasn't there in the class, I would have been by myself somewhere on campus, and there would have been nobody to help me. I wouldn't be here today. I'm just totally blessed."

To McDonnell, a simple thank you is not nearly enough.