Seven-year-old Zoe has been battling a brain tumor since her fourth birthday. On her thousandth day of chemo, her mother reached out to the community to celebrate. 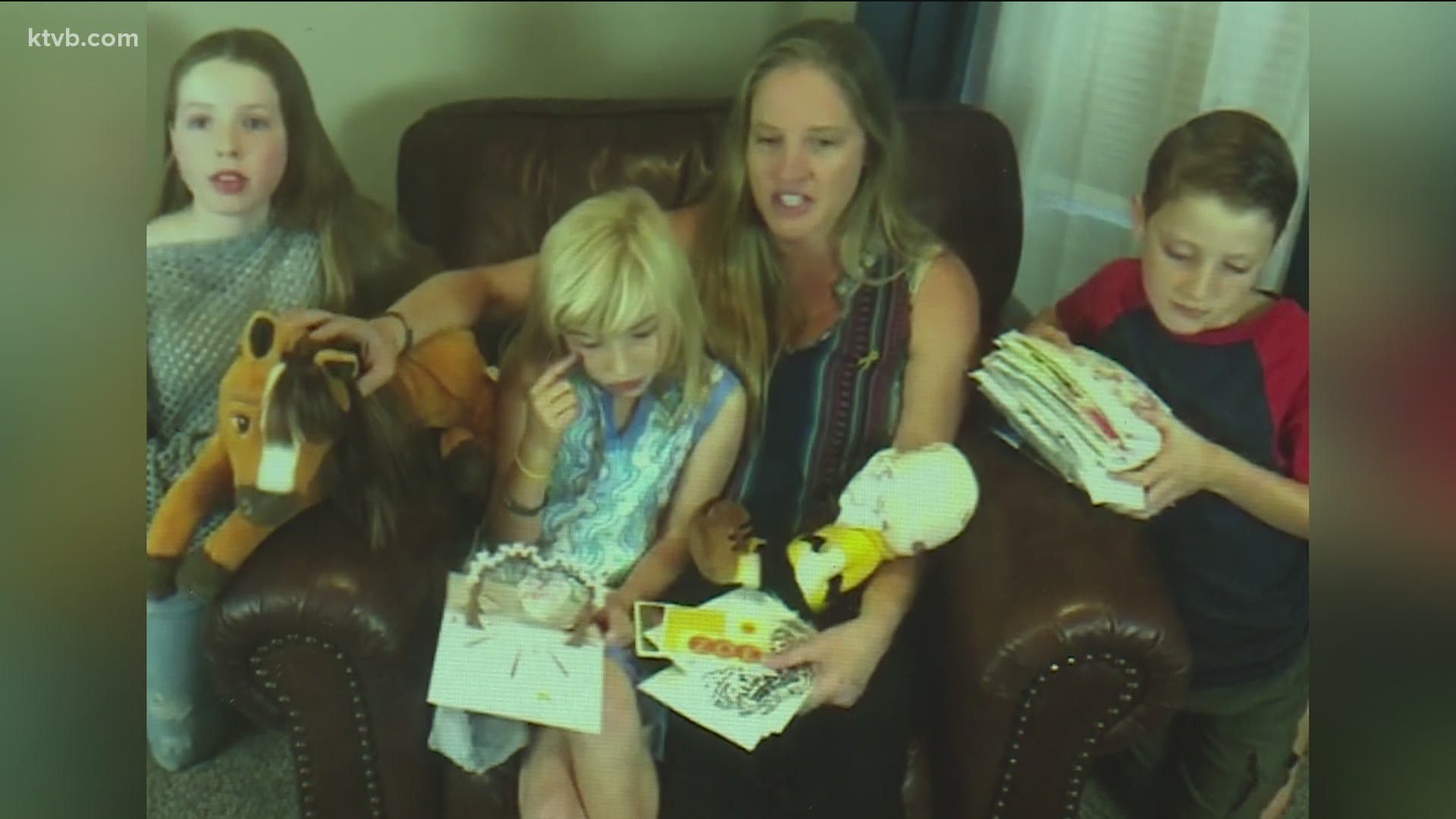 EAGLE, Idaho — Zoe Ray lives in Eagle with her family, and for the past four years, she's been battling a brain tumor. In just a couple of weeks, on Sept. 3, it will be her 1,000th day of chemotherapy. To mark that milestone in her fight, her mom reached out to the community with a special request.

Zoe has been a warrior ever since she was diagnosed with a brain tumor on her optic nerve right after her fourth birthday. She will be eight in September. Zoe was actually diagnosed after a chance fall while playing at a local park. After falling, her mom Chrissy said she developed a concussion. When the doctors performed a scan on her, they found the tumor. She has been on chemo since then, shrinking the tumor, and keeping it stable.

"The first three months, she was on a monthly chemo, and then a year of weekly IV chemo, and then we switched to an oral chemo," Zoe's mom said. "Even when she was on IV chemo she would go to kindergarten right after leaving the clinic."

Although she is only seven, Zoe is very open with others about her diagnosis.

"I tell them that I have cancer when I first meet them and they say 'What is cancer?' and I say, 'I have a brain tumor,'" Zoe said. "I always try to explain it to them but they never really understand what I'm explaining."

To share her journey, Zoe and her mother created a Facebook page called Zoe Ray of Sunshine.

"We are separated from our family," Chrissy said. "They all live all over the place like a lot of families, so we thought that was a good way to keep everyone up to date about what was happening with Zoe. Then we started to reach out and connect with other cancer families and the community."

On Sept. 3, Zoe will mark 1,000 days of chemotherapy. Through the years of treatment, her mother said she has learned so much from this brave little girl.

"We've learned a lot about our faith and how important our kids are to us and how strong and resilient, not only Zoe is, but all the other cancer kids that we know or have known," Zoe's mom said. "They all are amazing."

To celebrate Zoe powering through 1,000 days of chemo, her mom posted a plea on Facebook.

"I just asked people to send her a letter or a postcard with some words of encouragement," Chrissy said. "She's been a little down lately, and I thought the letters would lift her spirits."

Shortly after the post went public, mail started pouring in from all over the country.

To date, Zoe has received over 350 letters from 26 different states. She even received a letter from Canada.

"She runs to the mailbox every day, three times a day, her new best friend is our sweet mail lady," Zoe's mom said.

Her older brother and sister, Jackson and Taylor, were so impressed with how much kindness their sister has received.

"Some of the people who gave me the cards are other cancer warriors," Zoe said. "So they say 'I have battled cancer,' 'I am currently battling cancer.'"

Chrissy said the kindness of the community just warms her heart.

"She's been so happy the past week, just getting the letters and she really did need a pick me up," she said. "Thank you, thank you for keeping her in your prayers, and taking time to send letters to her. It really does mean the world to us."

Zoe isn't finished with chemo just yet. Chrissy said the type of tumor she has can grow at any time during her childhood. She will likely be on chemo on and off throughout her young life.

If you want to send Zoe a card or a surprise, you can visit her Facebook page or send letters to her address: