MIX 106's KekeLuv is asking the community to 'Rise Up Against Child Abuse' by sitting in every seat at Albertsons Stadium to raise money and awareness. 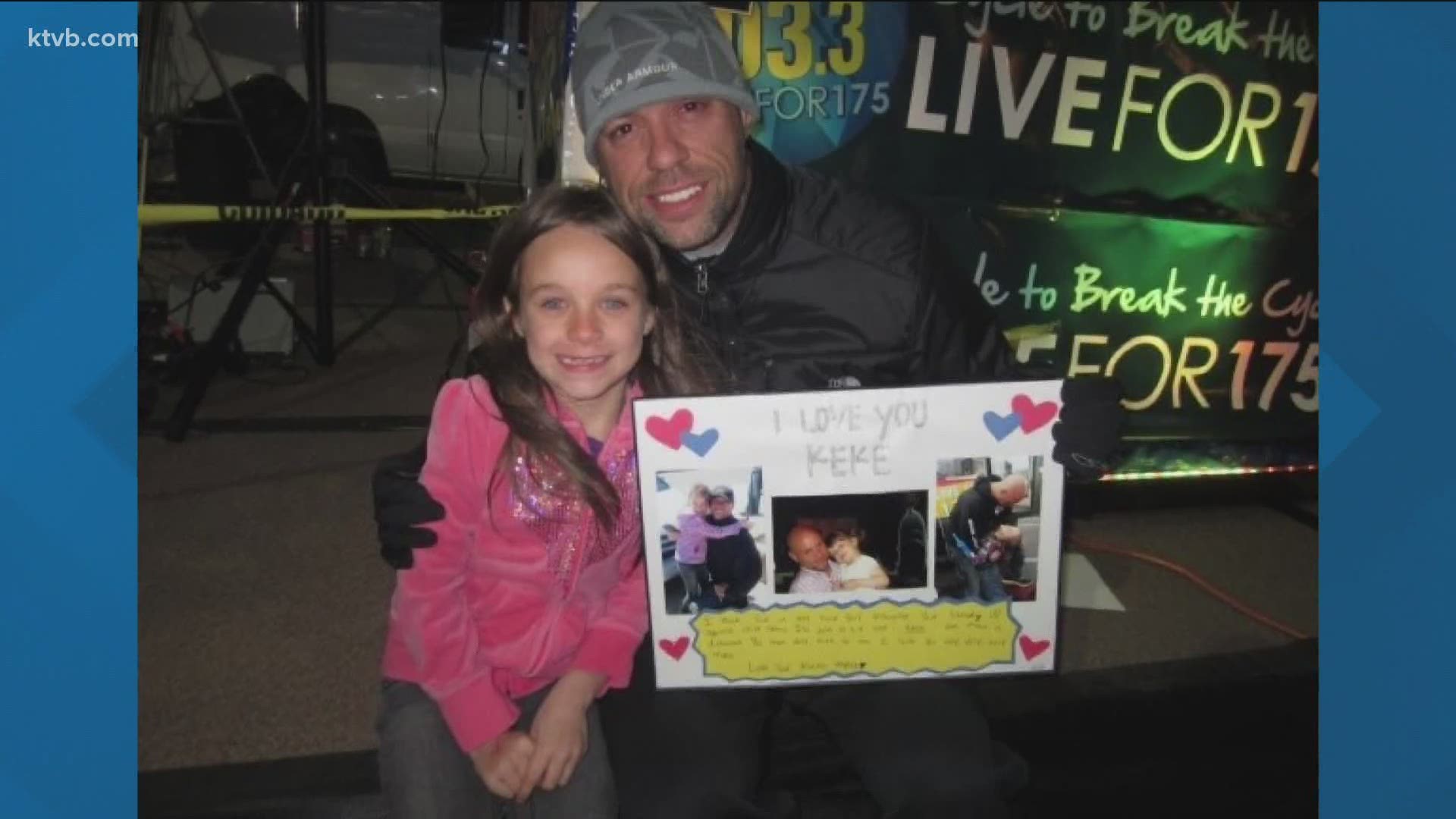 BOISE, Idaho — Steve "Kekeluv" Kicklighter is a well-known radio DJ in the Treasure Valley. He started on the Morning Drive on KISS FM years ago, and has now moved over to MIX 106 in the afternoons.

A lot has changed for Kicklighter in the past several years; he's now a husband and father of two, plus one on the way.

"So, I went from waking up at 3 a.m. and hitting the snooze every ten minutes to the afternoons on MIX 106 and it's been a nice transition. I moved with my audience," Kicklighter said. "I love getting to spend a little more time with my family."

For the past 14 years, Kicklighter has been focused on child abuse prevention. April is Child Abuse Prevention Month, and he spends a week during the month getting the message out in our community that it shouldn't hurt to be a child.

This year, according to Kicklighter, is more important than ever.

"14 years ago I started doing something every April because April is Child Abuse Awareness Month. Everything from running seven marathons in seven days, to staying up for a week without sleep, to fasting for a week on a billboard in downtown Boise," he said. "I have little ones now. Everyone told me you won't understand until you have kids. Now I understand."

Just like the rest of the community, Kicklighter has been devastated by the cases of child abuse in Idaho, from J.J. Vallow and Tylee Ryan to Emrik Osuna and Taryn Summers.

These children, however, will be with the community forever, according to Kicklighter.

"We cannot just let them disappear and move on to the next news story. Write their name down somewhere, don't forget it," he said. "We owe these kids this, I believe we do. It just seems like every day there's something else and it's worse and it's worse. It's not stopping. What else are we gonna do? What else do we have to do? What is happening? I don't understand, it's gotta stop."

This Sunday @ktvb at 10pm, ⁦@kekeluv⁩ is back at it again... because it shouldn’t hurt to be a child. #RiseUp #7sHero pic.twitter.com/d0vNUF9jaQ

Townsquare Media's Mix 106 / KCIX, in partnership with Faces of Hope, is launching the Rise Up Against Child Abuse campaign from April 26 -30, 2021.

KekeLuv and other MIX 106 hosts will broadcast live from Albertson's Stadium between those days. To raise money for a cause dear to his heart, Kicklighter will sit in every one of the 35,700 seats in the stadium to raise awareness for child abuse.

"What better stage to get everyone's attention than on the blue?" Kicklighter said. "My operations manager said, 'Why don't you go sit in every seat at Albertsons Stadium?' and it just got quiet. I said let's do it. That was last summer and I've been thinking about it and working on it ever since."

He will have five days to sit in each seat, something he's dedicated to making sure happens.

Each seat will be sold for $1. Listeners can buy seats now and through the week. The money raised will go to Faces of Hope Victim Center, a support center helping those who are dealing with abuse and domestic violence.

"Buy a seat in the name of your family, buy it in the name of your neighbor, or buy it for yourself," Kicklighter said. "Just $1. Do you think we can sell out Albertsons Stadium for the kids? Buy as many seats as you want, and all that money goes to Faces of Hope, which is an amazing organization right here in downtown Boise."

Now is the time to rise up as a community, according to Kicklighter.

"Unfortunately, it's all of our responsibility to stand up and say it shouldn't hurt to be a child. The most important thing is we just have to talk about it. We have to do it right now, there's no time left," he said. "That's why it's important. We can't control what happened in the past, it's playing out every day in the news. But we can definitely put our mark on saving that one child right now that is stuck in that situation."

You can follow KekeLuv and the other hosts at MIX 106 this week on the station's app, on social media, and on the station website.