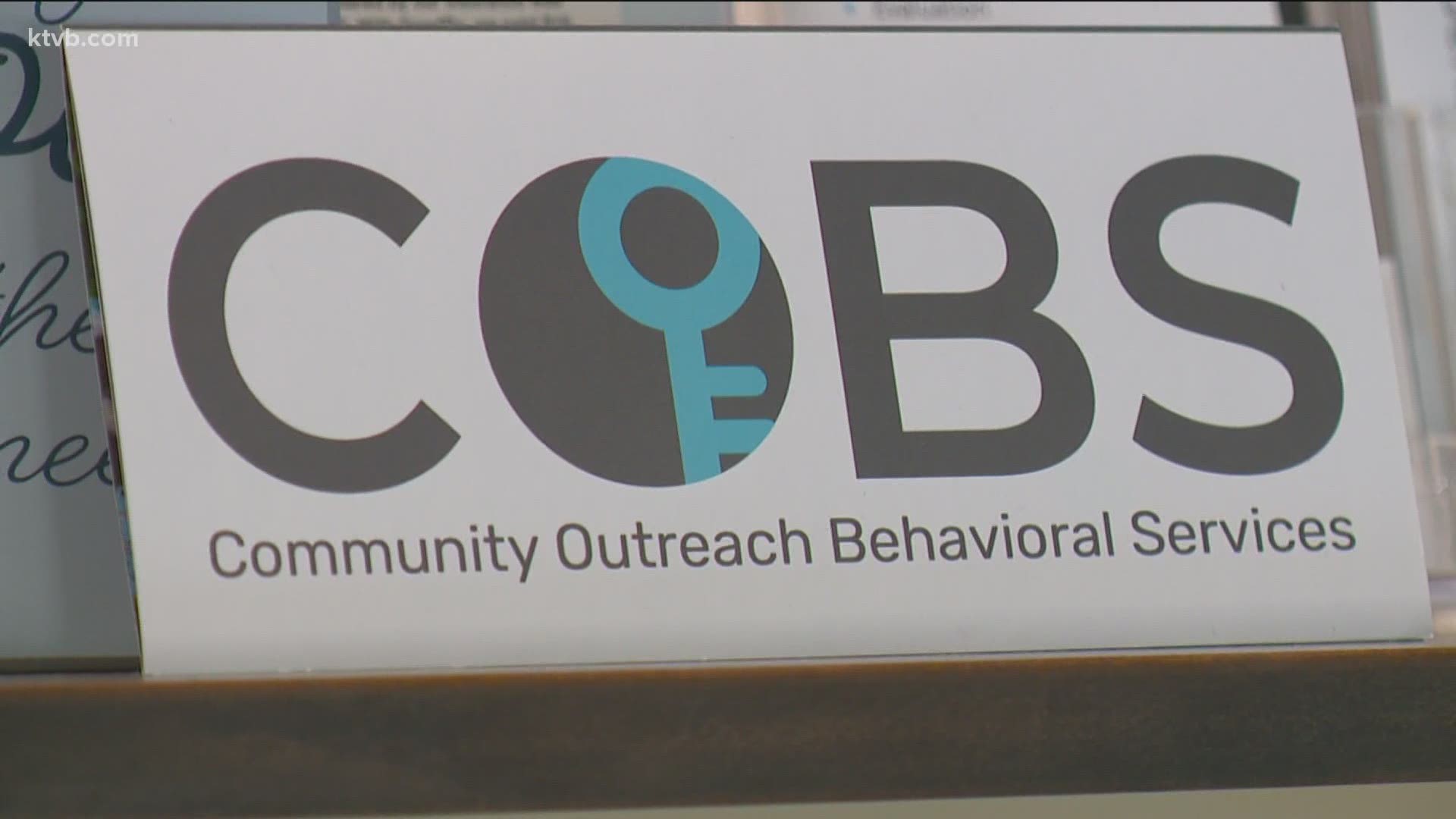 BOISE, Idaho — Content warning: This story discusses human trafficking and may be disturbing to some readers.

Editor's note: Names in this story have been changed in order to protect victims' identities.

A Meridian non-profit is working with law enforcement, service providers and other volunteers to rescue and serve victims and survivors of human trafficking.

Human trafficking is happening in all parts of the country, from big cities with millions of people to rural communities in less populated states.

Unfortunately, the issue has found its way to Idaho.

"Sex trafficking is such a huge issue in the Treasure Valley, because of the demand. There is such a demand for the people who are buying sex. Whether it's online or face-to-face, it's an epidemic," Barthelmess said. "If we didn't have so many buyers, we wouldn't have the demand. It's happening in every single one of our hotels. Whether it's the small hotels or the large corporate hotels. Socio-economics have nothing to do with it."

Barthelmess said the victims are often trafficked by friends and members of their family rather than a stranger.

"A trafficker can be any of us. It could be our moms, our dads," she said. "We are actually trafficking our own families. Right now in Idaho, familial trafficking is the largest population we see."

18-year-old "Jessica" was brought into "the life", as it's called, by who she thought was a good friend.

"I first got caught up in trafficking by my sister's best friend who I've known since I was a child," Jessica said. "She introduced me to a man, and from about 12 years old and on, he pretty much groomed me until I was 17. When I turned 17 is when I was actually human trafficked."

Jessica said she was held by that man against her will. She couldn't find a way out and was often locked in apartments, hotel rooms, or different locations.

"He would wait outside and watch and make sure that I was doing what I was supposed to do, and didn't leave," she said. "When I was finally rescued, Homeland Security rescued me. One of the agents contacted Paula and let her know that they had found me. They didn't know anything about me or that I was being held captive, but they had been looking for this guy for years and they just so happened to find the location, and I was there at the right time, and they came in and kicked the door in, swatted the place and that's how I was rescued."

Jessica was overjoyed to be rescued, but she had a lot of healing to do. Her parents had no idea what had happened to her because they believed she was out on her own.

"As terrible as it sounds, they thought I just left without a word. They didn't think anything was wrong," Jessica told KTVB. "They don't really talk about it."

With the help of COBS, Jessica is rebuilding her life in a safe and supportive environment at the age of 18. She has the mental and physical health services that she needs and she has a comfortable, secure place to live. She's trying to find a healthy new normal.

"It's helped immensely. I don't know how I would have gotten out of the life, or out of the mental state and physical state I was in, and they pretty much just gave me hope that I'm not that person and I have the choice to do different," she said.

COBS has incredible resources for local survivors who come in for support.

"What we provide is a trauma drop-in center. We provide food, basic needs, we have case managers and trauma therapists who are on site 24 hours a day and able to provide the services these victims need," Barthelmess said. "We've opened up a safe house called the House of Shalom, and it's a house of peace for victims who are needing refuge."

The House of Shalom is the very first human trafficking safe house in Boise. It's all possible thanks to community donations, including donations from Microbe Formulas.

"Microbe Formulas wanted to do a weeklong fundraiser early last fall," Barthelmess said. "Through that fundraiser, we were able to raise enough to pay rent for one year in the house. We have also had a couple of golf fundraisers and we need to continue to have donations to keep this house open."

COBS is now working with other community groups and law enforcement to raise awareness and fight human trafficking.

"We actually put together Idaho's first human trafficking task force last July," Barthelmess told KTVB. "One of the things here in our area is the traffickers will go from city to city, county to county, state to state, and unless everyone comes to the table and we can identify the different signs that we are seeing then we are not able to stop it from happening."

For Barthelmess and her amazing volunteer team, COBS is a personal mission. One of faith, hope, and a whole lot of love.

"None of us get paid, it's all volunteer, and we just continue to do this because if we can reach one female, one male, plant that seed that will help them in their future and help them see what healthy living looks like, we have done our job."

If you'd like to volunteer to help in the fight against human trafficking in Idaho, contact COBS here.

To donate, you can give through Venmo @COBS-Idaho, or visit idahocobs.org. All donations are tax-deductible.