Kristyn Herbert said it would take a miracle to get her van on the road. She didn’t have money for a new transmission - that's when a repair shop came to her rescue. 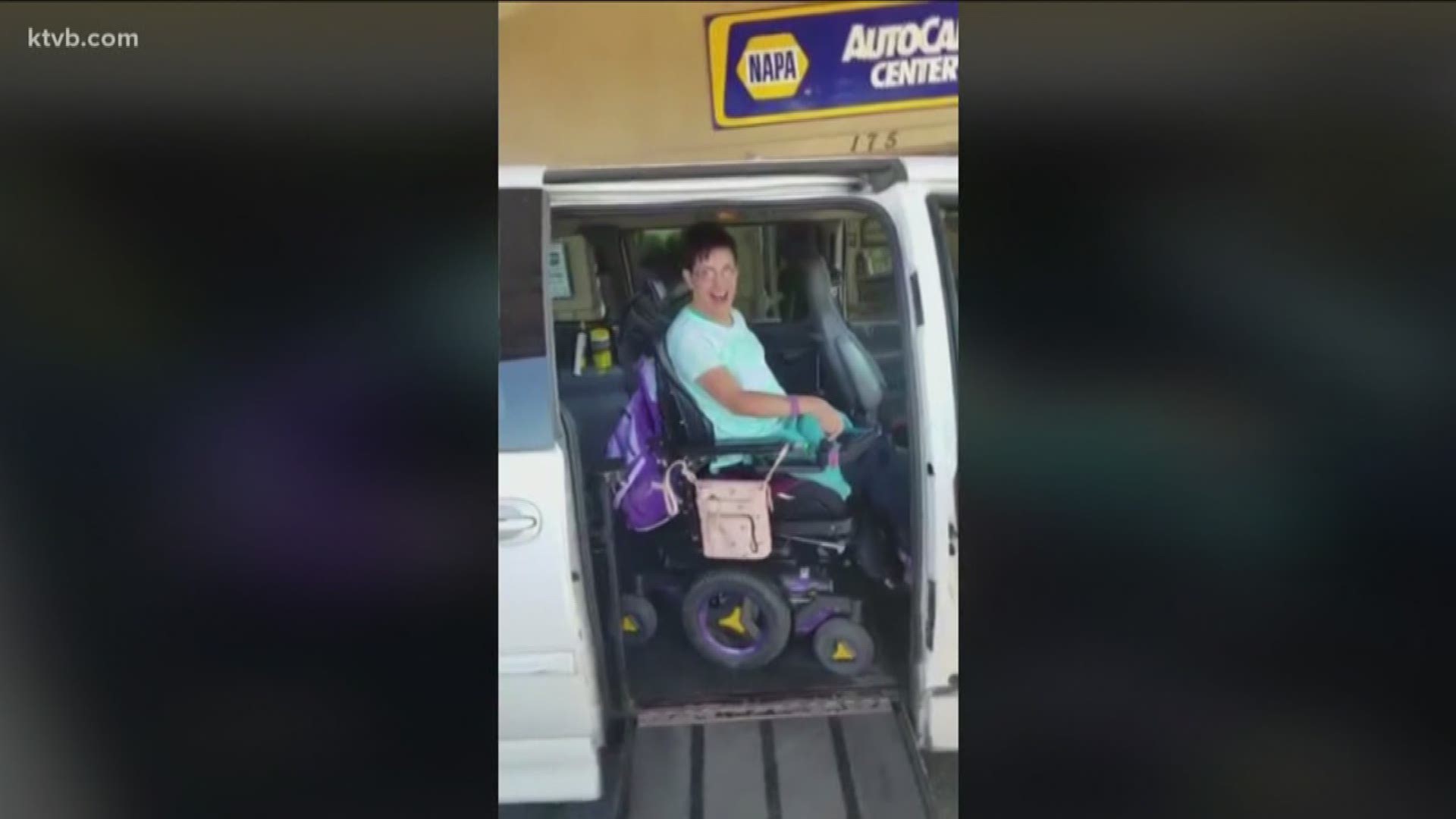 MERIDIAN, Idaho — A Boise woman found herself in quite a bind when her specially-adapted van broke down. Kristyn Herbert has cerebral palsy and uses a power chair.

She depends on her support staff to drive her around so she can take on her busy life. The van stopped running earlier this summer.

“My name is Mary and we've been together 13 years, and she trusts me to drive her van,” Mary Arndt, a member of Kristyn Herbert’s support staff, said. “It just stopped right in the middle of the traffic.”

Herbert loves to be out in the community and she needs her van. She found out the van needed a new transmission, but money was tight. Kristyn worried paying for the repairs was going to take a miracle.

“Because I'm on social security and I have other bills,” said Herbert.

A friend set up a GoFundMe account for Kristyn’s "Miracle Van" and put the word out on Facebook. Donations came rolling in.

“I was shocked,” Herbert said.

Kristyn couldn’t believe people cared enough to donate to her cause. The donations were generous, but it still wasn’t enough to pay for a new transmission. That's where Tony Zanders of Heritage Auto Repair in Meridian entered the picture.

“We first heard about Kristyn's dilemma when my wife was notified on Facebook,” said Tony Zanders, owner of Heritage Auto Repair. “We checked the Go Fund Me page, and there was a little over $400 on the site. and we quickly knew this was going to be a much more expensive repair than that. We sent it out to our community on Facebook and said whatever Go Fund Me has, we'll match that up to the price to replace this transmission. It went from $400 to $2000! That was in just a couple of days.”

Herbert was blown away by Zanders’ generosity. Heritage Auto Repair replaced the transmission.

“She just gushed about how nice he was and they were going to match the funds, and I was just impressed, really pleased and happy for her,” Arndt said. “You don’t find that very often, and it was a great blessing to her!”

“It's awesome being able to help people out, it's a great feeling! It really is,” Berwick said. “I did know he was that kind of guy, and it was that kind of company. It's one of the perks of getting to work here.”

Herbert got to meet Zanders when she picked up her van.

“Once the van was done, Kristyn showed up and I was so excited to meet her and she was just elated, beside herself with joy! We had a nice conversation and I was able to give her the van and boy, she couldn't have been happier,” said Zanders. “It was the highlight of my year. I love the fact that we are in a place that we can serve others. It's really not about the money, it's all about the people.”

“I will always come here if I have a repair,” Herbert said.

Kristyn told us it means so much to have her mode of transportation back, the Miracle Van is now officially back out on the road!