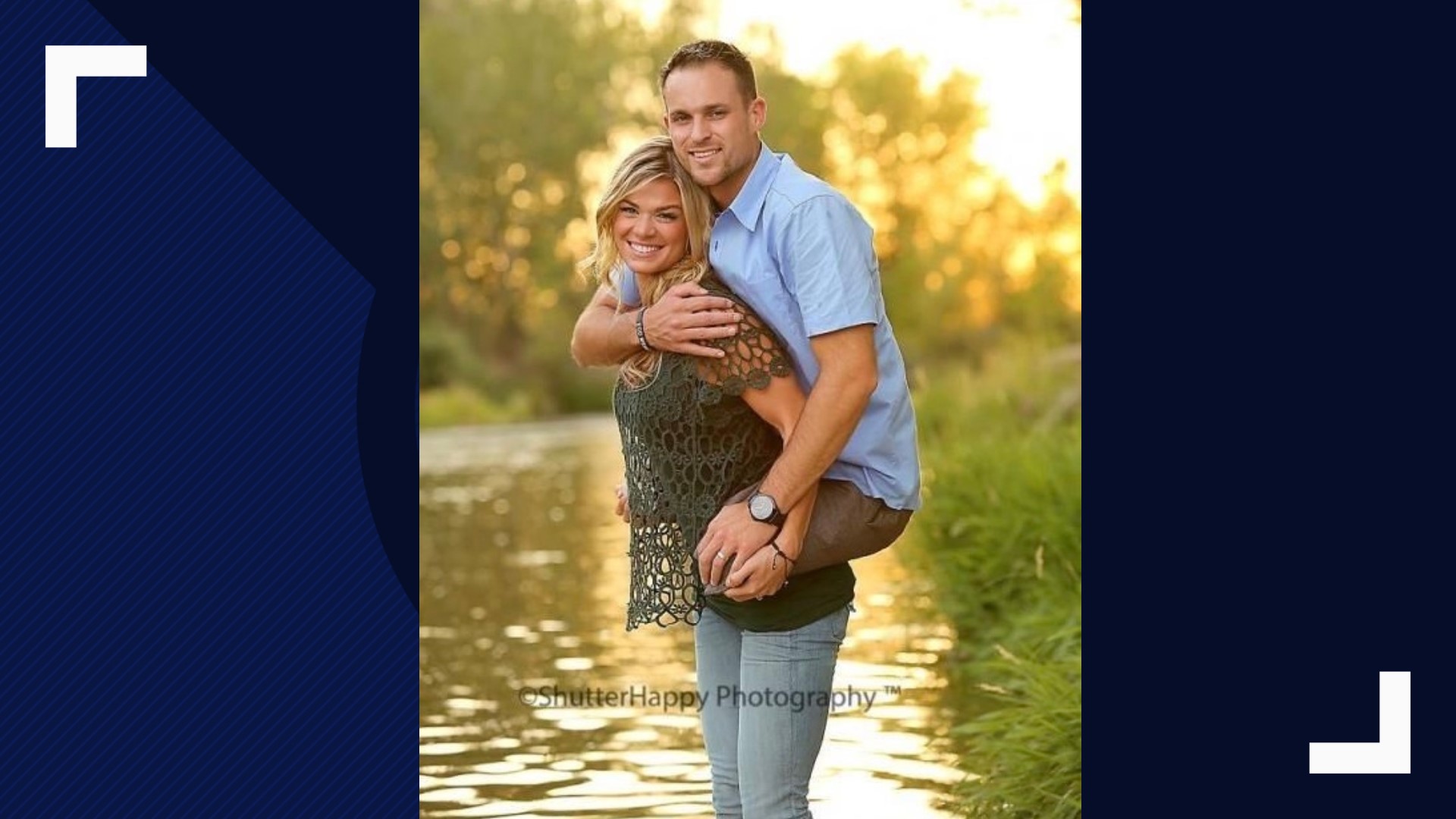 BOISE, Idaho — A photo of former Marine Jesse Cottle and his wife is going viral on Facebook. Jesse lost his legs in Afghanistan and an image of his wife carrying him on her back is now touching thousands of people.

Jesse joined the Marine Corps in August 2003. He had a very dangerous job -- to find and dismantle improvised explosive devices.

On patrol in Afghanistan in 2009, Jesse's life changed forever.

"About five hours into that patrol, into that mission, I was struck by an anti-personnel IED," Jesse said. "It was a pressure plate, I stepped on it and lost both legs right away."

One of his fellow Marines was wearing a helmet camera, and the explosion that injured Jesse was caught on tape.

"I remember most everything," Jesse said. "I was awake the whole time."

Jesse said it was rough going at first, but support from friends and family helped him through it.

"It was tough and it is tough in general, but I just kind of always had the attitude that it's really tough now but things will just be okay, and I had my family around me I had good friends and basically just my faith really helped me to carry me through and I was lucky to be able to go through the tough recovery, and then still live my life, and meet my beautiful wife," said Jesse.

He met his future bride, Kelly, during his recovery. She was a swimmer for Boise State and the pair met at a swim meet in San Diego.

"I just remember being very intrigued by him," Kelly said. "He was just very different and not just because of his legs, just who he was."

They were married in 2018 and now call San Diego their home.

"It was a normal photo shoot, we finally got together and Jessie had his legs on and everything," said Kelly.

Photographer Sarah Ledford suggested a picture in the water.

"So we said, 'Well, you can just pop off your legs and get on one of our backs and we'll take you in,' because that's just how we get around sometimes, like at the beach," said Kelly. "It's just pretty normal, so he hopped back on my back and then Sarah's like, 'Oh, we'll take some couples shots.'"

Ledford posted one of those shots on her Facebook page. She had no idea the image of Kelly carrying Jesse on her back would get the reaction it did.

"Overwhelming, I can't even keep up with my page," said Ledford. "The picture just blew up, America just fell in love with Jesse and Kelly."

The picture has received thousands of likes as well as hundreds of shares and comments.

"God bless the both of you and thank you tremendously for your sacrifice for our freedom, you are a hero," one comment said.

Jesse said seeing the outpouring of support is very humbling.

"I'm glad that we can have that impact, but you don't expect it," he said.

"It's cool because we represent a lot of people, couples that are going through the same thing and so it's just an honor to be able to represent that," said Kelly.

Now, Jesse and Kelly are an inspiration to thousands and a reminder of the sacrifices being made by our military everyday.

The video of the IED explosion was used in the documentary, "Coming Home."  Watch it now by clicking here.