Nampa teen who stopped school knife attack: 'Thanks to God that I was there and able to help'

Columbia High School senior Antonio Ballesteros, whose quick actions may have saved the girl's life, says the attack came "out of nowhere." 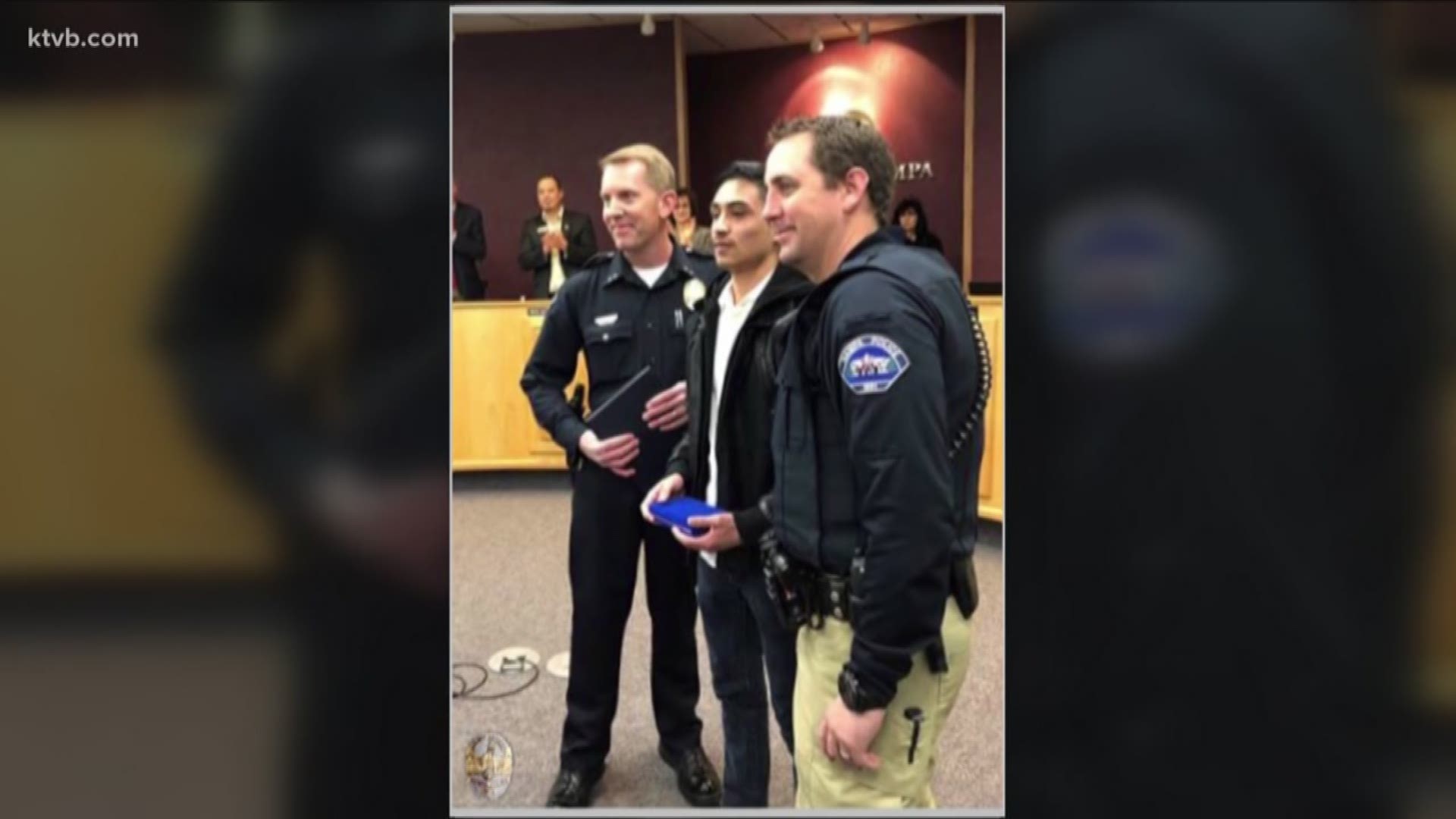 NAMPA - A high school student who stepped in to stop a knife attack on a fellow student says he was just in the right place at the right time.

The attack happened in the parking lot of Nampa's Columbia High School back in December.

According to prosecutors, 17-year-old Wyatt Weist slashed his girlfriend with a knife. Another student intervened, stopping the attack. The victim, a 17-year-old girl, was taken to the hospital and survived her injuries.

Weist, who is charged as an adult, appeared in court last week on charges of attempted murder and use of a deadly weapon.

The student whose quick actions may have saved the girl's life says the attack came "out of nowhere."

The girl had several stab wounds, and was bleeding.

"She got up and looked like she was in shock, and that's why I told her to run inside and go get help," Ballesteros said.

Brad Workman, a school resource officer at the school, got a call from police dispatch alerting him to the stabbing.

"My initial response was, 'can you repeat that?'" Workman said. "Because it's not common that there's a stabbing at your school."

When he got to the parking lot, the suspect was on the ground and a staff member was standing near him. Workman arrested the teen, later identified as Weist.

That's when he found out about Ballesteros' heroic act.

"Antonio is pretty remarkable," Workman said. "Very humble, responded to it without even processing what was going on, just off of natural instincts and took care of the situation."

Ballesteros says anyone else in that situation would have done the same thing. But Workman says the teen's involvement in the Nampa School District's Law Enforcement Program may have helped him respond the way he did.

"They were trained in one of his law enforcement classes on how to disarm someone with a weapon," Workman said. "So he says he just kind of reacted and did what he was taught.

"It's pretty remarkable that someone who didn't get paid, isn't wearing all the gear, put himself in that situation," he added.

1 / 9
Columbia High School senior Antonio Ballesteros was honored by Nampa Police after he stepped in to stop a knife attack on a fellow student in the school's parking lot.

Ballesteros knows he put himself in danger.

"If you can do it, go help, but also know that you can get hurt, so be careful," he advised. "It can get much worse than this."

As for the girl he rescued that day?

"We met, she thanked me, her brother too," he said. "We actually got to know each other."

Ballesteros says after this experience he's even more grateful for our local police officers and what they do day in and day out.

"A lot more respect and thank you for them for being here and protecting us," he said.

The Nampa Police Department recently honored him for his heroism at a special ceremony.

Columbia High School senior Antonio Ballesteros was honored by Nampa Police after he stepped in to stop a knife attack on a fellow student in the school&#39;s parking lot.