7's Hero: Remembering Nikko, who fought cancer alongside his mother

The Worthington family is taking on an unimaginable battle that their son recently lost, with the help of a generous community. 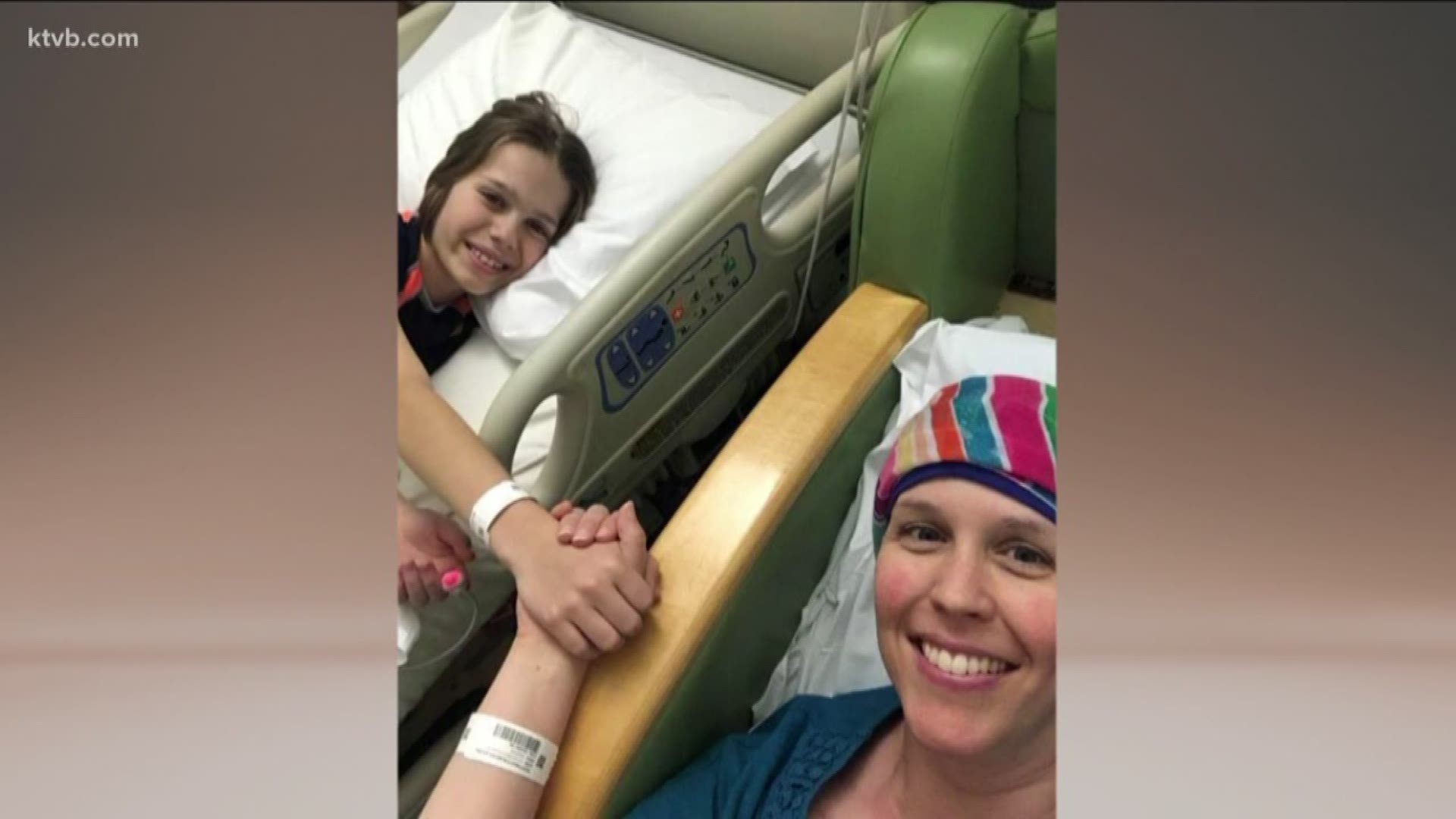 BOISE, Idaho — Update: A year and a half ago, KTVB featured the Worthington family in our 7’s Hero. Mom Kristen and son Nikko were battling cancer together, at the same time. It was an unimaginable battle, but this family is grateful for so much community love and support.

A week ago, after a brave fight, Nikko passed away surrounded by his loving parents and his big brother.

We want to honor Nikko by airing this story again, to show you just how courageous this boy was. He is so loved and will be so missed.

A memorial service will be held this Friday, March 22 at 4 p.m. at Holy Apostles Catholic Church, on the corner of Chinden and Meridian Road.

A brief reception, including a video celebrating Nikko’s life, will follow the service at St. Ignatius Catholic School, just across the parking lot from the church.

The family asks in lieu of flowers, donations be made to the Worthington Family Healing Fund, or sent directly to the family, to help cover medical costs.

14-year-old Nikko Worthington was diagnosed with Stage 4 cancer in May, and he's now in the fight of his young life.

What makes his story even more heartbreaking, is that his mom Kristen is also battling cancer.

But they are not alone in their fight - they have the big support network them through this difficult time.

Kristen was diagnosed with breast cancer in January. The mom of four dove right into treatment and the chemotherapy took a toll.

"Nobody ever wants to hear the words of course, 'you have cancer,'" she said. "And the toll it takes, you don't know how you are going to react until it happens to you."

Then just a few months later, the unthinkable happened. The Worthington's second son, Nikko, was diagnosed with Stage 4 rhabdomyosarcoma.

"At first I didn't think anything was really serious, I was nauseous, my back hurt and I started to not eat," Nikko said. "It was only until I had noticeably lost a lot of weight and my back pain was getting worse and worse than we thought something might be going on.

Doctors think the cancer started in his foot as a tumor and then made its way through the bone marrow to other areas of his body.

The family was still reeling over Kristen's diagnosis when Nikko's cancer was discovered.

Mom and son are now fighting cancer together.

"I think it's been a lot easier to know and talk to someone who knows what it's like and has been through it," Nikko said.

Rick Worthington says his family has been coping the best they can, despite the unimaginable circumstances.

"It's been really hard on both of them, it's been hard on all of us," he said. "I don't think there's any playbook for how you deal with it."

The Worthingtons say they couldn't have come this far over this past year without the support of their community - family and friends.

They are also grateful for Heritage Middle School.

"All my teachers have my back and they know if I'm having a bad day, I'll just let them know and they are totally cool with it," Nikko said. "The whole school and all my friends have been really great and they've shown a lot of support."

"If something happens to one of us, it happens to all of us," school counselor Cyndi Fuller said. "And we just love and adore Nikko."

It's not just Nikko's school that's getting involved. The Rocky Mountain High School choir has adopted the Worthington family, and will donate the proceeds of their holiday program on December 12 to them.

Donations allowed the family to take a much-needed vacation recently. Nikko, who is a big Denver Broncos fan, got to take a dream trip for his 14th birthday to see his team play. Nikko and Kristen were honored at the game, and Nikko got to hang out on the sideline.

These two warriors have their good days and bad days.

"There are days when we feel sad and I say it's okay to declare this is an epically bad day," Kristen said.

But Nikko is always looking for the positive - for him, and for his mom.

"Just finding the good things to think of, not looking at the bad side of things, looking at the good of every day," he said. "Trying to get through the day and keep fighting together."

If you would like to help the family out, the Worthingtons have a GoFundMe account to help with their mounting medical expenses.