March Madness: Game Changers Idaho proves anything is possible on the court for students with disabilities

Students with disabilities from three Boise junior high schools were invited to participate in a March Madness basketball tournament to make sports more accessible for all. 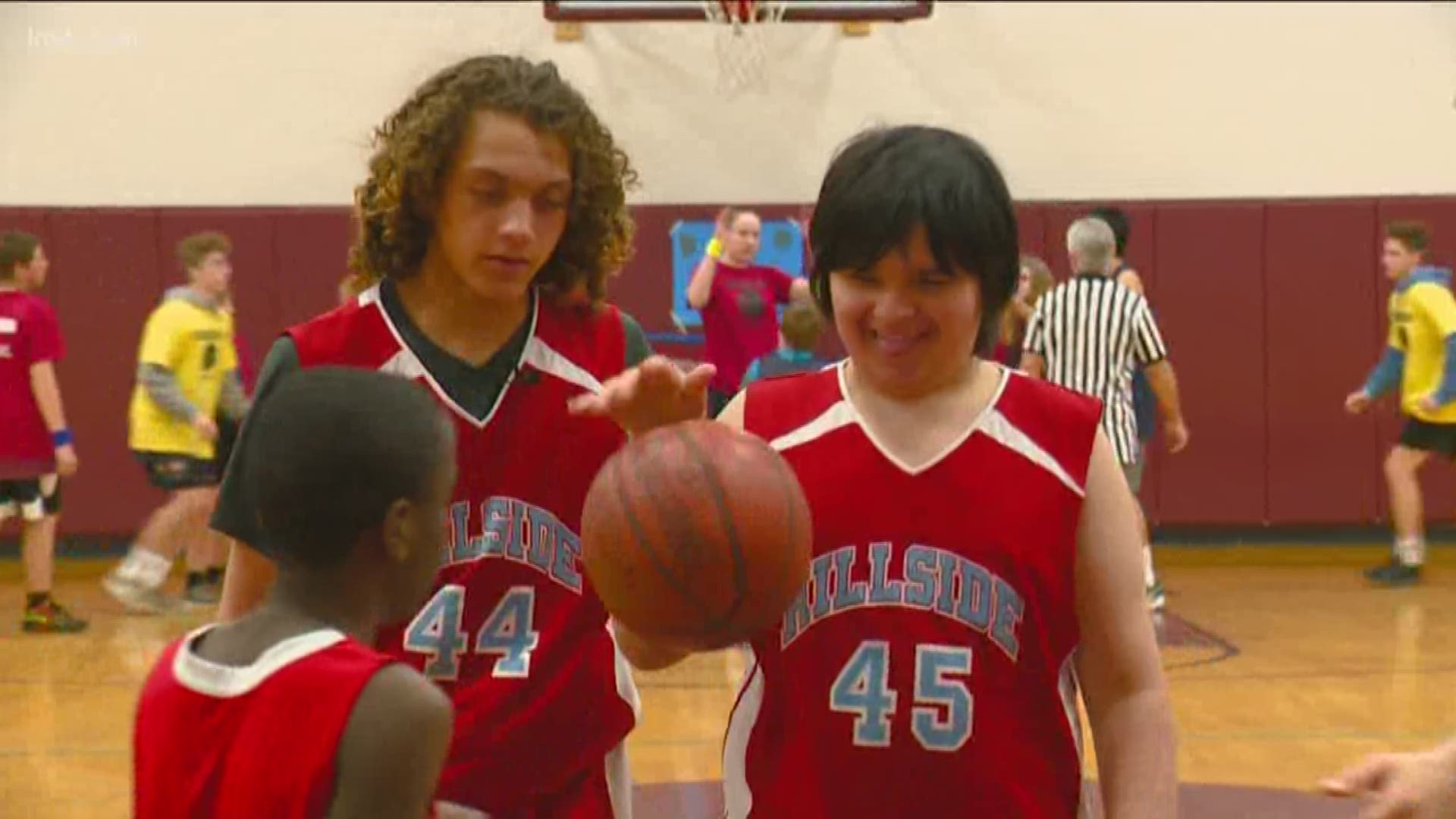 This month, a basketball tournament involving three Boise junior high schools, Riverglen, Fairmont and Hillside, did just that for students with disabilities.

They called it March Madness for the ongoing NCAA Tournament. The tournament took place at Riverglen Junior High.

The kids with special needs are getting some help from other students on the hardwood, as they serve as peer mentors. Hillside Junior High student and mentor Mason Lawyer says it’s something he loves to be a part of.

“I decided to become a peer mentor because I like helping kids,” Mason said.

The founder of Game Changers Idaho, Gabe Moreno, says it’s all about getting kids of all abilities to work together on the court.

“For a long time, we've been telling kids to be kind to each other, we tell kids to be nice to each other, but those are just words. We need to give them a platform. Game Changers is that platform," Moreno said.

Riverglen Grizzly McKay Majors is loving every minute of the tournament.

“What I like about it is I'm able to participate in the games and hang out with my friends. They are really helpful, they always give me the ball and let me shoot. Cheering their teammates on, helping each other out, they are being supportive to each other," he said. "You know just having fun with their teammates and friends."

McKay says he recommends it to anyone who wants to play.

Moreno’s goal is for more schools to get on board. He wants to start a movement across the state.

“We hope that it can grow we want this to be a school district thing, we want Caldwell and Nampa to be involved, we want Twin Falls to be involved," he said. "It takes a few teachers in each school that want to go above and beyond to organize an event like this."

Moreno says all of these kids are changing the game with what they do on and off the court.

“They are doing it with a lot of love, a lot of compassion, a lot of patience. They are friends in school, and that's what's important about this, it's almost a social movement of kindness," he said.

For more information on Game Changers Idaho, check them out on Facebook.