Chloe Lesmeister held bake sales and fundraisers that have raised thousands of dollars to buy toys for kids who have to spend their holidays in the hospital. 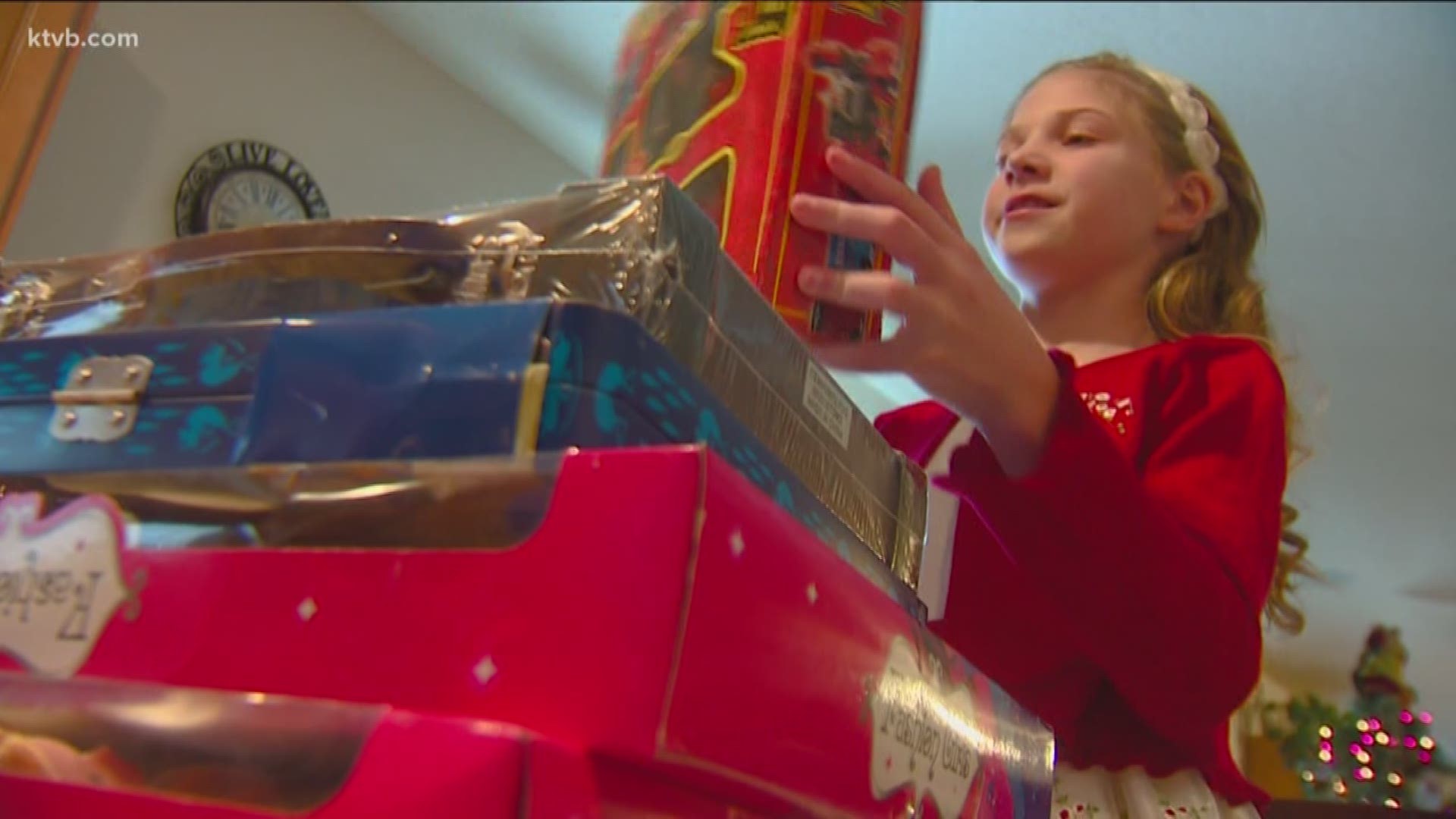 KUNA — A 10-year-old Kuna girl is making a big difference this holiday season, with her mom’s help.

Chloe Lesmeister has been raising money to buy Christmas presents for kids who are in the hospital.

She knows how they feel. Chloe was born with a heart condition that kept her in the hospital often as a kid.

“At a week old she had open heart surgery, at two weeks old her aorta collapsed so they had to go in through her back and take a section out and sew the aorta back together and when she was seven she had a balloon catheter done to open her aorta up.” said her mom, Julie Lesmeister.

Chloe remembers what it was like to be in the hospital. Three years ago, she told her mom she wanted to do something for the kids who won’t be home for Christmas.

“She was eight years old and she came to me and said, 'I want to give every child a gift in the hospital for Christmas,'” Julie said.

Chloe told her mom the idea came to her in a dream. Well, that dream became a reality in 2016. They held bake sales and fundraisers and raised $1,700 to buy toys for St. Luke’s Children’s Hospital.

They donated hundreds of toys and Chloe’s mom decided if they were going to try this again in 2017, it would be a good idea to start a nonprofit.

They did just that and named the nonprofit Chloe's Heart.

This year, Chloe’s Heart almost doubled that. They raised over $13,000 dollars through grants, donations and fundraisers.

Chloe’s Heart has so much to give and it’s growing. This holiday season, they will be expanding their beneficiaries. They will not only donate to St. Luke’s and Saint Alphonsus, but they are also giving to hospitals in North Dakota and North Carolina. The goal is to keep that growth going.

Just a few weeks ago, Chloe was honored with an Outstanding Youth Philanthropist Award for Chloe's Heart, and for her involvement in the American Heart Association Heart Walk.

“She has her own team that walks now under Chloe's Heart, she has raised between three to five thousand dollars for them," Julie said.

Chloe and her mom have no plans to slow down, Chloe’s Heart is here to stay. They can’t wait to see how much money they can raise next year.

For more information on Chloe's Heart - and how you can get involved, check out their Facebook page.