Video of Tommy Rushton singing for patients have gone viral on social media, and he has also been honored internationally as an extraordinary nurse. 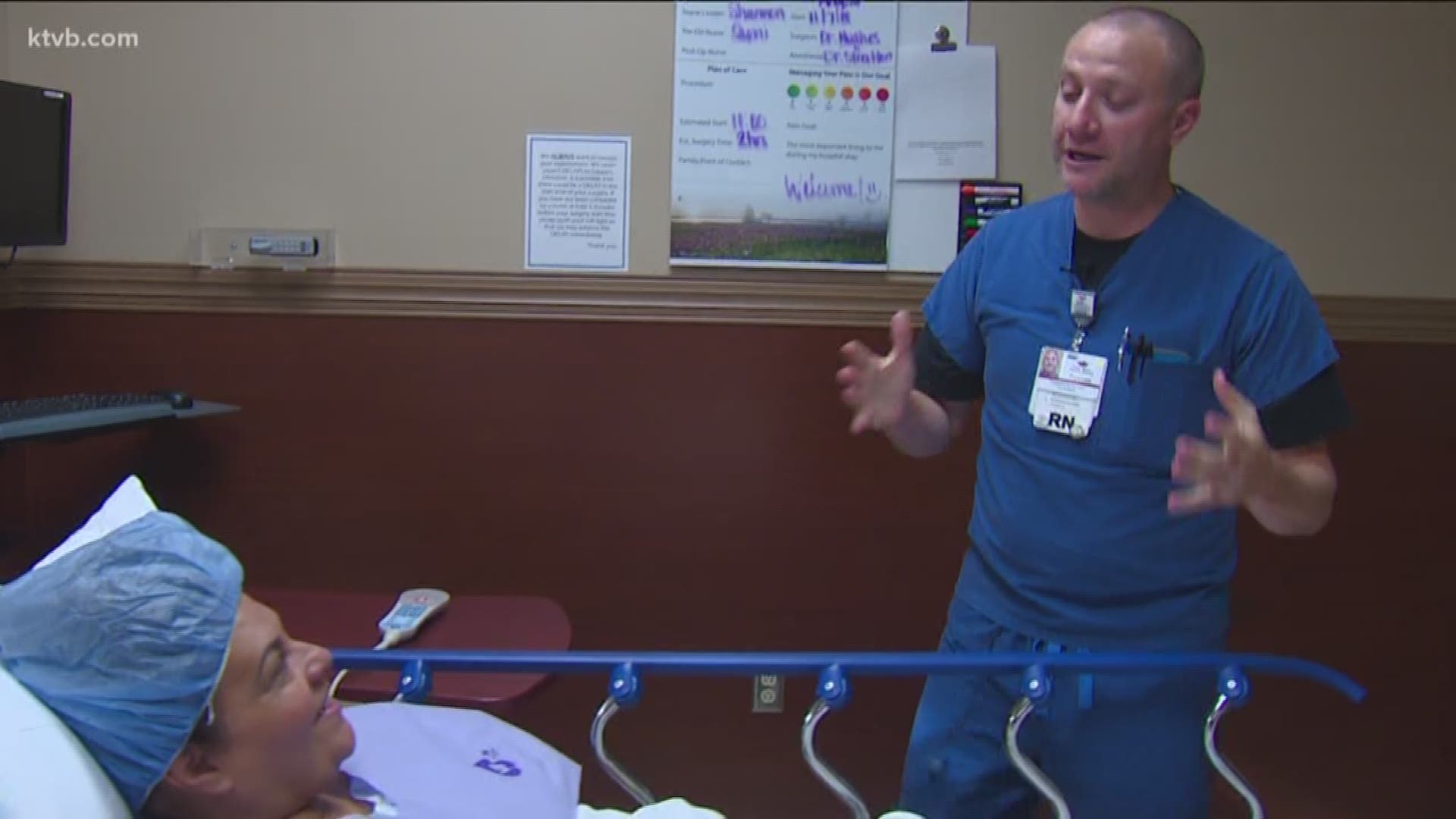 CALDWELL — Visiting the hospital isn't always a pleasant experience for patients, but one nurse at West Valley Medical Center in Caldwell uses his voice to brighten up his patients' time there.

Nurse Tommy Rushton sings to patients everyday at the hospital before and after their surgery.

Rushton began singing to his patients after learning that his patients seemed more at ease during their stay when he does.

"When I was in nursing school, they talked a little bit about the therapeutic effect of music," Rushton said. "So here, we're in surgery and it's kind of a stress[ful] time. I think it kind of takes the edge off [the] tension a little bit."

Rushton sings a little song before patients are moved into surgery and the songs lift their spirits.

After Rushton sang for her, one patient named Angela said, "That was a really nice surprise, thank you! I was looking at him and he love[s] to do that. I think it's great they have people like that here."

Rushton's singing is also enjoyed by his co-workers at the hospital.

"Yeah, they love it, all of them," he joked. "They would like it if I knew more songs, so I wouldn't sing the ones as frequently as I do. I need to increase my repertoire."

Thanks to his appreciative patients, several Facebook posts of him singing have gone viral.

"That's pretty cool, it's really neat to see," he said.

This nurse says he'll keep making people smile with a song for as long as he can.

"My name is Tommy, I'm doing post-op with [you] today I'm going over your discharge instructions," Rushton said to a patient. "My nickname is the singing nurse, so we'll sing you a song before that."

Rushton is also a two-time winner of the prestigious DAISY award, an international honor that rewards extraordinary nurses.