Caldwell boys honored for being heroes, it started with a good deed and a viral Facebook post

Teenagers in Caldwell saw an elderly man fall down on the sidewalk and they immediately went to help him, and photos of them walking him back to his house quickly went viral on Facebook. 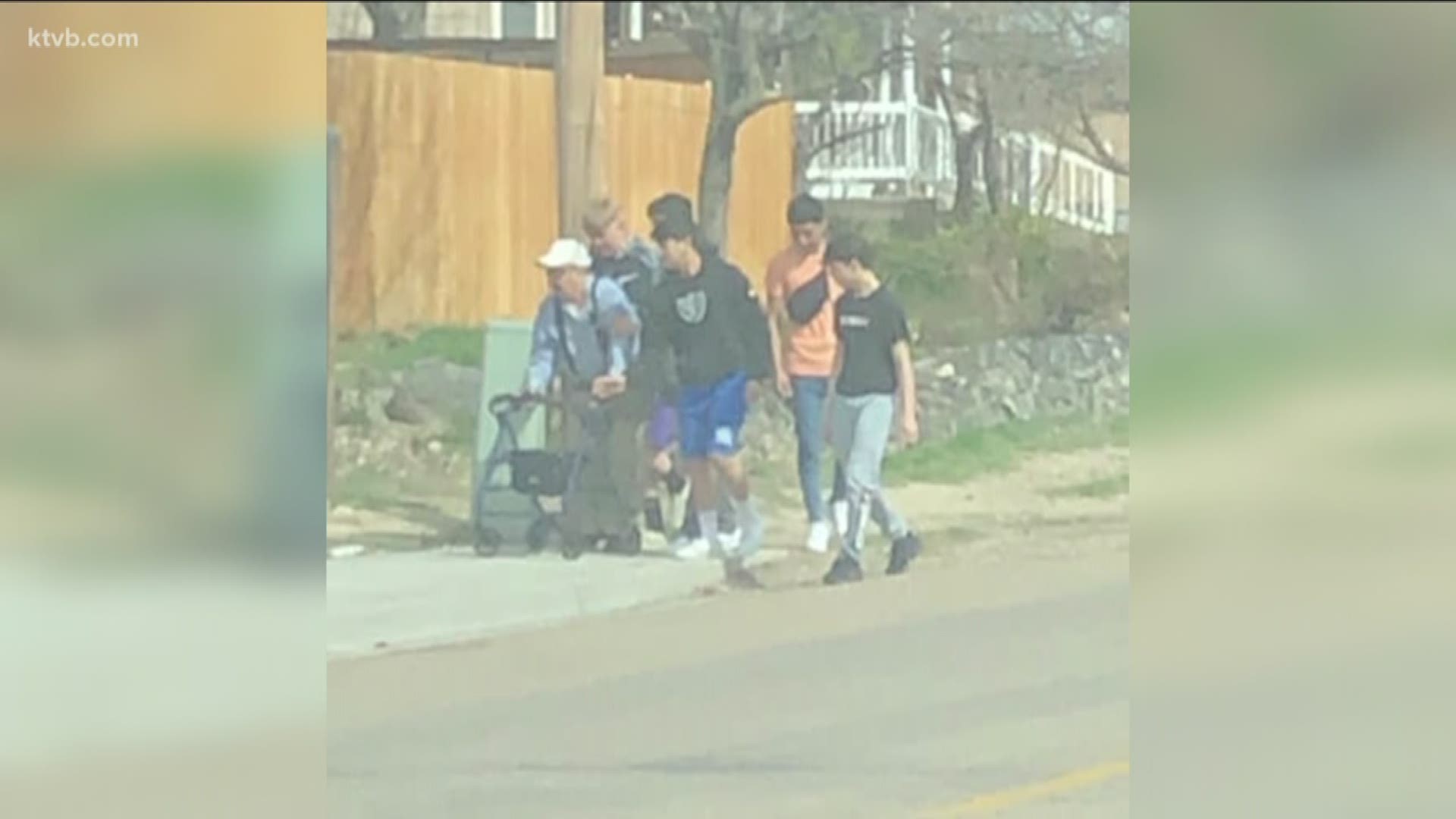 CALDWELL, Idaho — Caldwell teenagers Victor Ornelas, Isaac Hernandez, Diego Ramirez, Devan Ornelas, and Josh Sorg are best of friends, always hanging out together. While hanging out, they saw an elderly man in need and went to his aid.

It happened a couple of weeks ago, they were riding in the car to play basketball when they spotted an elderly man fall down while struggling with his walker.

“I saw that he fell so I stepped on my brakes," Hernandez said.

“We parked and we all ran out. We picked him up and we asked if he was okay, he said he was fine," he said. "So we just kept walking with him. We said we were going to walk him all the way to his house. We helped him inside, and his knee was bleeding. So, we grabbed napkins put alcohol on it and cleaned him up.”

Jose Gomez is the elderly man they helped that day and is so grateful the boys were in the right place at the right time.

“I was just falling down I don't know what happened. They picked me up. I was walking just right and then sadly I went down, and they come up and say hey, want us to take you home and I said okay, let's go. It made me feel good," he said.

What the boys didn’t know at that time, is that someone captured their good deed on camera from across the street and posted it on Facebook. That post quickly went viral.

“Crazy how it blew up. We didn't do it for the attention, we just did it out of the kindness of our hearts. It's just the right thing to do," Hernandez said.

The Caldwell community is proud and thrilled about these teenagers' kind actions.

Kathy Plaisance, the owner of The Sweet Spot Bakery in Caldwell, saw the Facebook post. She shared it on her business page and invited the boys over for some bakery treats to thank them.

Teri Gomez was raised in Caldwell and she also shared the post and tracked the boys down. She gathered gift cards and certificates from local businesses that wanted to thank the boys.

They were showered with everything from lunches to haircuts.

“Caldwell is kind of seen in the negative most of the time and this is beyond positive. We have some great things happening in Caldwell. So everyone wanted to show some love to the boys," Teri Gomez said.

The boys say they now have a friend for life in Jose Gomez.

“He likes that we go and check up on him, and talk to him, ask him how his day was," Hernandez said.

Jose Gomez says he was grateful for the help and says not long ago, he was just like them.

“They remind me of myself when I was younger," he said.

These teenagers were overwhelmed with all the attention and gifts, but say they would have done it no matter what. They care about the community of Caldwell and the people who live in it.

“I think it makes us all feel good because we are out here helping other people... and we don't expect anything in return," Hernandez said.

Here’s a full list of all the Caldwell businesses and donors that provided gifts: