The Micron employee becomes Buddy the Elf and heads downtown to share his Christmas spirit. 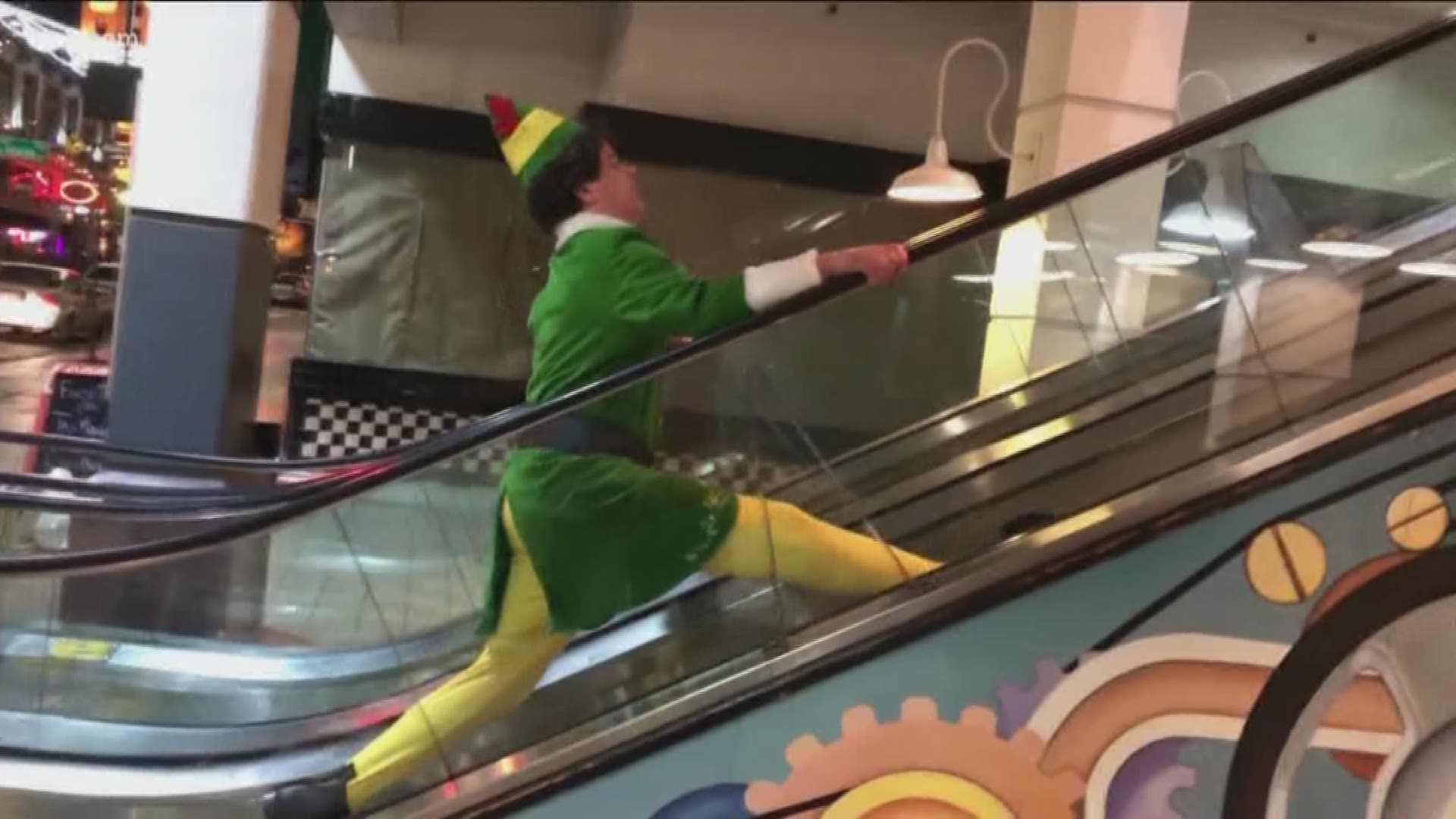 The Treasure Valley has its very bubbly Buddy the Elf that can be found in downtown Boise.

For the past few years, one man has been bringing Christmas cheer - and candy canes - to everyone he runs into.

"I'm out on the streets of downtown Boise spreading some Christmas cheer," he said.

Whenever he goes downtown, he takes pictures with kids and 'elfies' with anyone who asks. He also makes sure to say hi to Santa while he's there.

Dave Kewley works at Micron by day but becomes Buddy during Christmastime.

"I happen to look a little like Buddy the Elf, I have the outfit, I happen to have the smile and a desire to make people happy and that's what I'm out to do today,' he said. "I've scared about half the kids, but the rest of them have loved me and hugged me."

While some people act like cotton headed ninny muggins, most people tell him that they love seeing Kewley become Buddy.

"Just things like you made my day, you made my holiday season, God bless you for what you are doing, just a lot of positivity," he said.

Kewley loves every moment of being Buddy.

"I think it's wonderful, why not!?" Kewley said. "It's definitely a fun tradition, really as long as I'm alive, I'll probably keep being Buddy the Elf."

Being Buddy does take some wear and tear on his costumes.

He's becoming a Boise tradition by his contagious Christmas spirit.

"I have a feeling I'll be doing this for years to come," Kewley said.