Jorge Ibanez is battling bone cancer and his family's SUV broke down so he and his family had no way to get him to his appointments. But a Boise dealership stepped in to cover the costs of repairs. 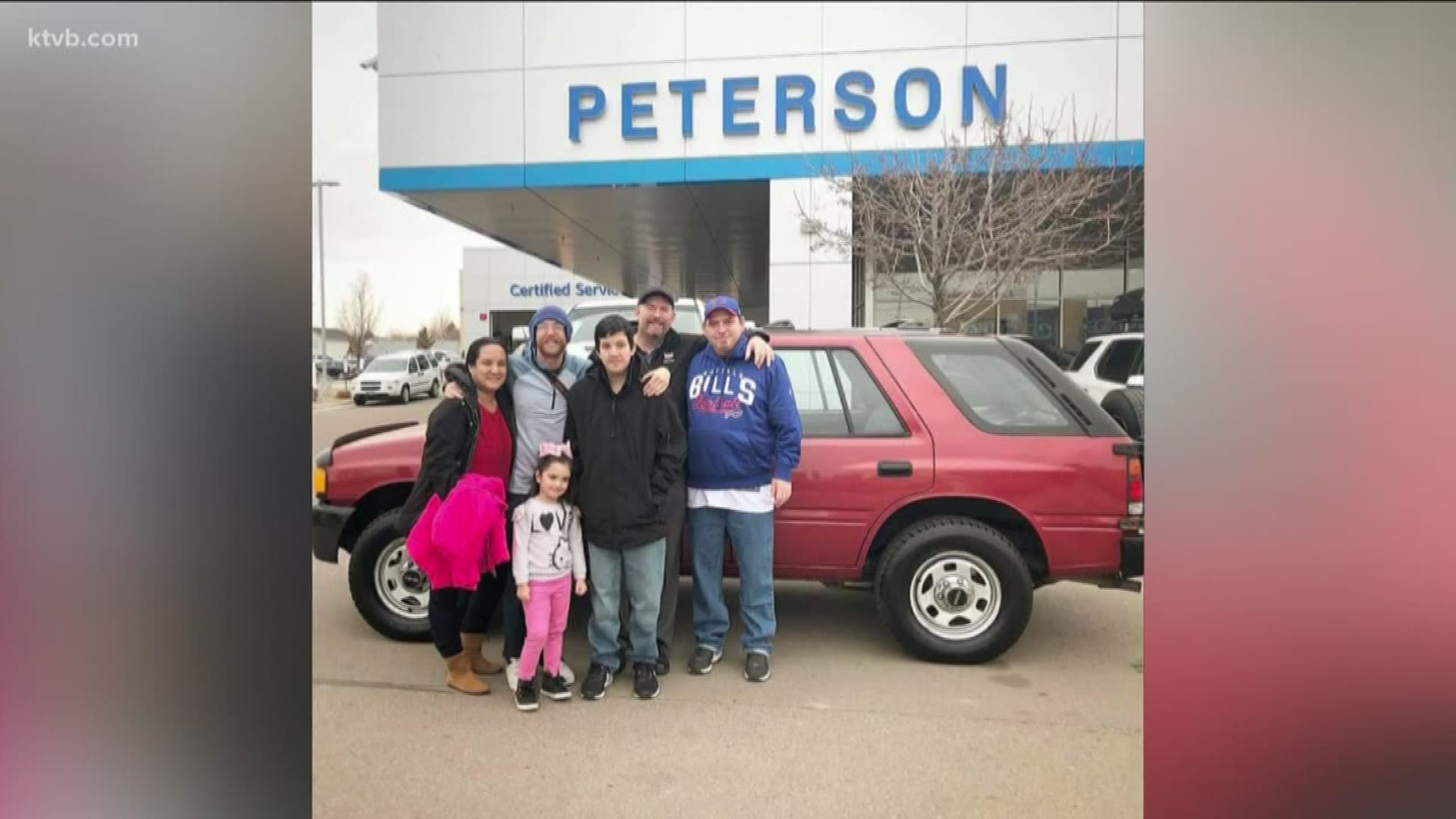 "My miracle, I say he's my miracle. I hope he can live a good life, that he can grow up," Jorge's mom, Maria Ibanez, said.

Jorge was diagnosed in June of 2017 with osteosarcoma. He underwent chemotherapy, and his scans came back clean. Then this aggressive form of cancer came back, this time it's in his lungs.

It was news that devastated his family and his care team at St. Luke's Hospital. They are not giving up on him. He's now part of trial treatment and his mom says it's working. She's praying for more progress.

Jorge's mom started a Facebook page to update her family in Peru, but his story quickly attracted followers from the Treasure Valley and all over the country.

He also gets a lot of love from his fellow students and staff at Borah High School in Boise. He's trying to go to school as much as he can, so he can be a normal teenager through all this.

Jorge's family ran into some trouble just before Christmas - their SUV broke down, and they had trouble getting to the hospital.

"We have lots of appointments and therapy. It was so hard," Maria said.

Some friends started a GoFundMe page to help, and Doyle Savelberg at Peterson Motors heard about it.

"I heard about it on Facebook and through Camp Rainbow Gold and friends. I had to do something," he said.

"There were a bunch of things wrong with it and it needed some maintenance we didn't think we could get it back to life, but we did. Peterson Motors took care of the whole entire bill," Doyle said.

Maria was overwhelmed by the generous gesture for Jorge and her family.

"They fixed it and it's like new, it's better than before. Everyone here wanted to help. It's overwhelming yes. I feel like I have family here," she said. "Thank you, we love them so much. We are really grateful."

Peterson Motors says they are happy to help such a special family.