Corporal John Adams, an Army veteran who served in Korea, stood up when all was quiet during an assembly and started singing God Bless America spontaneously. NAMPA, Idaho — The third graders at Ronald Reagan Elementary in Nampa had something special happen at their Veterans Day Assembly last month - something no one saw coming.

Many veterans sitting in the bleachers in the school gym that day, but one veteran stood out. Corporal John Adams, an Army veteran who served in Korea, stood up when all was quiet and started singing God Bless America spontaneously.

“It was the first time I've seen that many veterans from different branches listening to a program, that those amazing third graders put on for all of us vets, and I just felt a proper response would be to sing God Bless America," Adams said.

It was a move that brought several people in the gym to tears. The cell phone video taken by a mom of one of the students went viral. 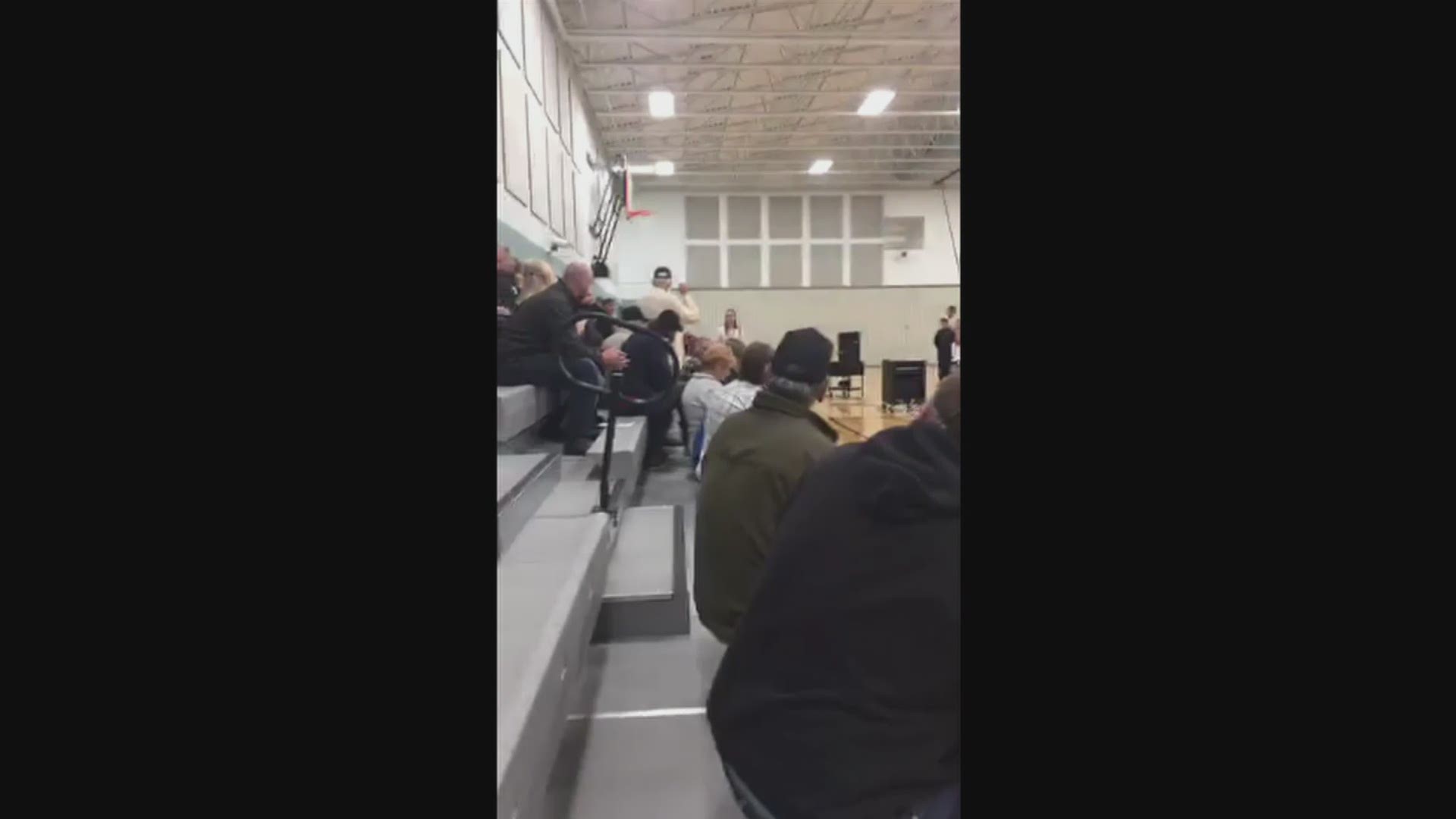 Adams says it was something he just felt compelled to do.

“I'm a guy who lives in the moment, the kids were kind of wide-eyed,” Adams said. “I just felt it was a needed connection.”

Third grade teacher Hailee Day says it’s something her students will never forget. The kids knew they were witnessing something powerful.

“To be able to be a part of something like that, to feel the passion, and to feel the love that was coming out of that room was just an incredible experience,”  Day said. “To see the look on the kids’ faces was one of the most powerful moments, to be able to have something that they will remember for the rest of their life, time just stood still for them.”

Adams came back to their classroom this month, to talk to them about his service in Korea so many years ago. He feels right at home at school. After he served in the war, he went back to school with the help of the G.I. Bill and became a teacher.

RELATED: From WWII's Pacific Theater to Syria, Idahoans who served share their stories on Veterans Day