Jacob Serre underwent a heart transplant surgery in early May. Four months later, he is back in Boise and responding well to his new heart. 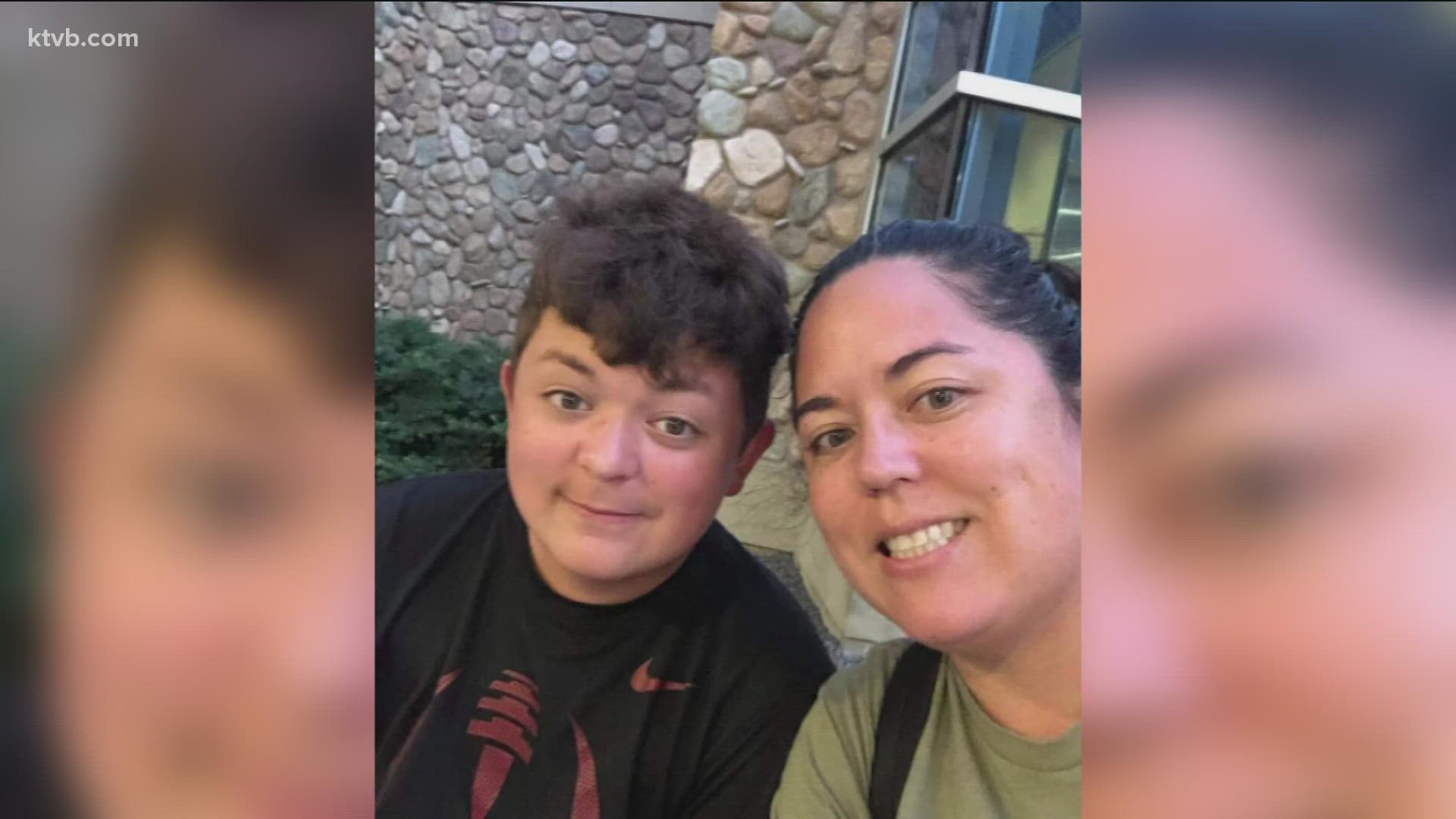 BOISE, Idaho — A Boise 16-year-old who spent most of this year waiting for a heart transplant is back home after a successful surgery.

KTVB spoke with Jacob Serre, who was born with a genetic heart condition, in early May 2021 as he was only days post-transplant. Four months later, he is back home and enjoying all life has to offer.

Jacob was just a baby when he was diagnosed with Familial Dilated Cardiomyopathy, a genetic form of heart disease. This condition occurs when the heart muscle becomes thin and weakened in at least one chamber, causing the open area of the chamber to become enlarged.

This causes the heart to be unable to pump blood as efficiently as usual.

Jacob's medical team at St. Luke's Children's Hospital in Boise has been watching him carefully since he was a young boy. He started having more serious issues in January of this year.

Jacob was admitted to St. Luke's hospital on February 28, 2021. His condition continued to worsen because his heart was working too hard. After a few weeks, Jacob's doctors told his family they were out of options and would need to seek treatment at Stanford Medical Center in California.

The family arrived in California on March 21, 2021. Jacob was listed for transplant on Friday, April 2. Jacob's dad, Andrew, his sisters, and little brother stayed in Boise, as they knew it could be quite a wait for a new heart to become available.

After just one week in California, a donor was found and Jacob's surgery was scheduled.

His father arrived at the hospital as the operation was beginning and he and Serre spent several hours waiting for an update. Eventually, the surgeons told them that Jacob's surgery went very well.

Jacob has been back in Boise for about two months and is now four months post-transplant. He has not had any rejection to date but is being monitored and will go back to Stanford Medical center for another checkup in about six weeks.

"His energy is amazing! We are so grateful for the miracle that Jacob's journey has been, and we think of our donor family often," Serre told KTVB. "Despite the traumatic year, not only did Jacob NOT fall behind in school, he actually stayed on track and even took some extra classes this summer so he could graduate a year early. He will continue school virtually as he starts his senior year later this month!"