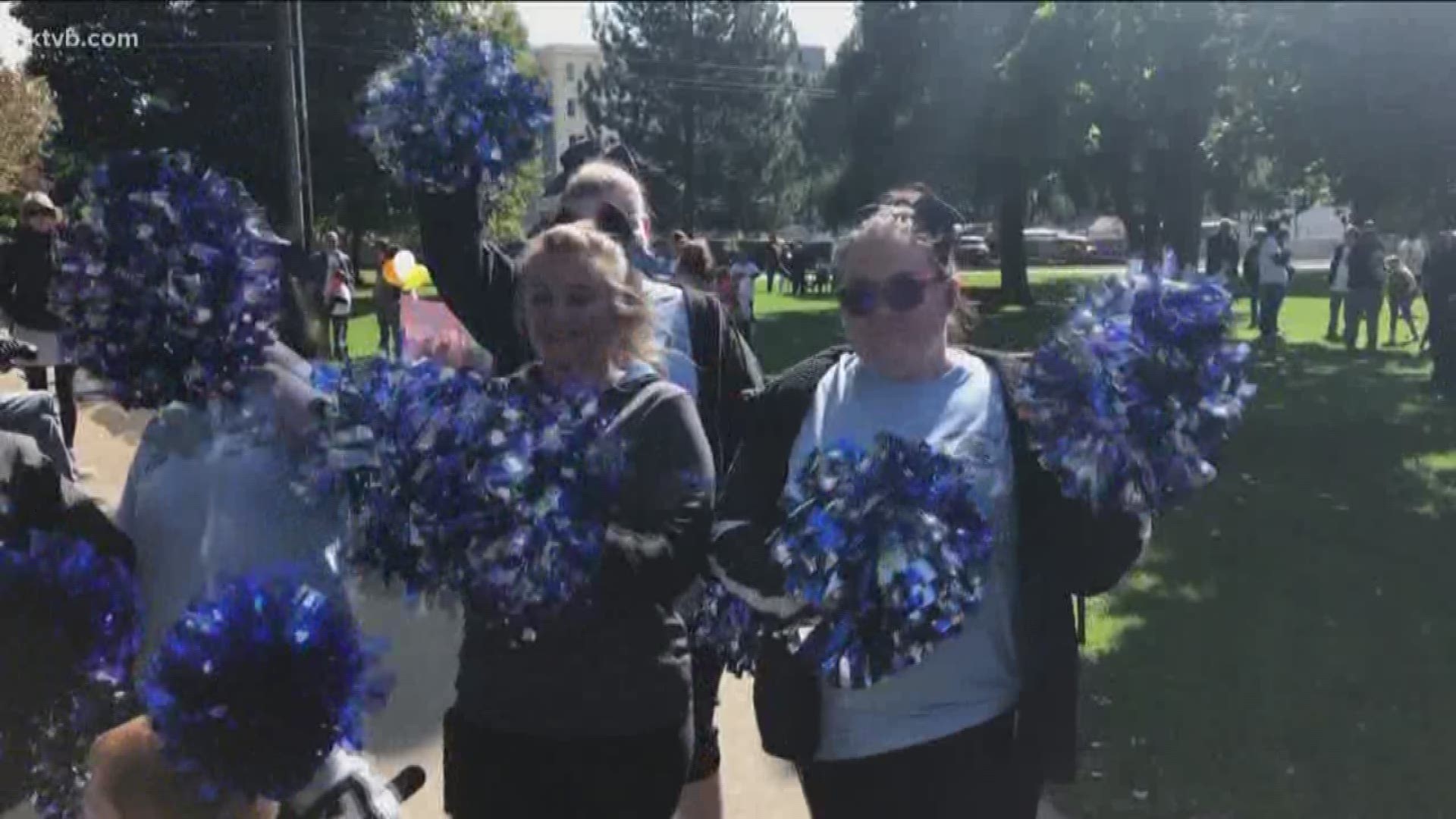 MERIDIAN, Idaho — There's a new cheerleading team in the Treasure Valley. They call themselves “Mitchie's Mustangs."

The team is named for Mitchell Armstrong, the nephew of one of the team’s founders, Alex Fox. Armstrong was medically fragile, and was just 15 when he passed away.

This cheer team is something truly special - it's for people of all ages and all abilities. No one is turned away.

20-year-old Andrea Vasquez struggles with some developmental disabilities. She has wanted to be a cheerleader since she was a little girl.

"Yes, ever since I was maybe two years old," she said.

Now, that dream is a reality. She's an official member of this inclusive cheer team. Andrea’s mom says it's something truly special to see.

"She would do cheer camps at the high school and those kinds of things," Virginia Vasquez said. "But as they get older, sometimes people with developmental disabilities and other types of disabilities, those opportunities go away. So we were thrilled when they were starting this."

"It's really, really fun, and it's fun to meet a lot new friends and do all the cheer things and stuff," Andrea added.

The founders of the team wanted to start a group for anybody who wanted to be a cheerleader. Head coach Cristina Rood was inspired to to get involved because of her own young son.

"I love being the coach because I love to give back," Rood said. "I actually have a son with mild cerebral palsy, and I know there are limits and they don't fit into every group.

"So, I'm making a cheerleading team to fit their abilities, so they don't have to conform to a team, we conform to them," she added. "It builds self-confidence. It really gives people with all abilities the chance to thrive and grow that self-confidence."

The squad formed in May and has received an impressive response from the community, as more people look to join up.

"We have about 14 members right now," Rood said. "We do not have a limit, and it's open to any ages, boys and girls."

Mitchie’s Mustangs practice every week at PIVOT Fitness Center in Meridian. Olympian Kristin Armstrong offered the practice space when she heard what the team was all about.

The team cheers at community events as often as they can.

"They really love it, it really lights them up, it’s just amazing to see the smiles on their faces. Every practice, every event that we do it just gets bigger and better," Rood said.

Andrea Vasquez is loving every minute of being on the team.

"For Andrea, it's an opportunity for her to have a social group as well as stay physically active, and just feel like she's a part of the community," her mom said. "Get out there and cheer at events and contribute in their own special way."

Mitchie's Mustangs are inspiring people all over the community.

"That's what we're here for, we're here to show everybody, anybody with all abilities can do this," Rood said.

The cheer squad is working on getting nonprofit status, and organizers tell us that should happen any day now.

If you have someone in your life who would like to join Mitchie's Mustangs, go to their Facebook page for more information.