7's Hero: The Gary Sinise Foundation builds a smart home for wounded Marine and his family in Eagle

Jesse Cottle lost his legs in Afghanistan during his fourth deployment in 2009. Now, the Gary Sinise Foundation is building his family a new home, mortgage free. 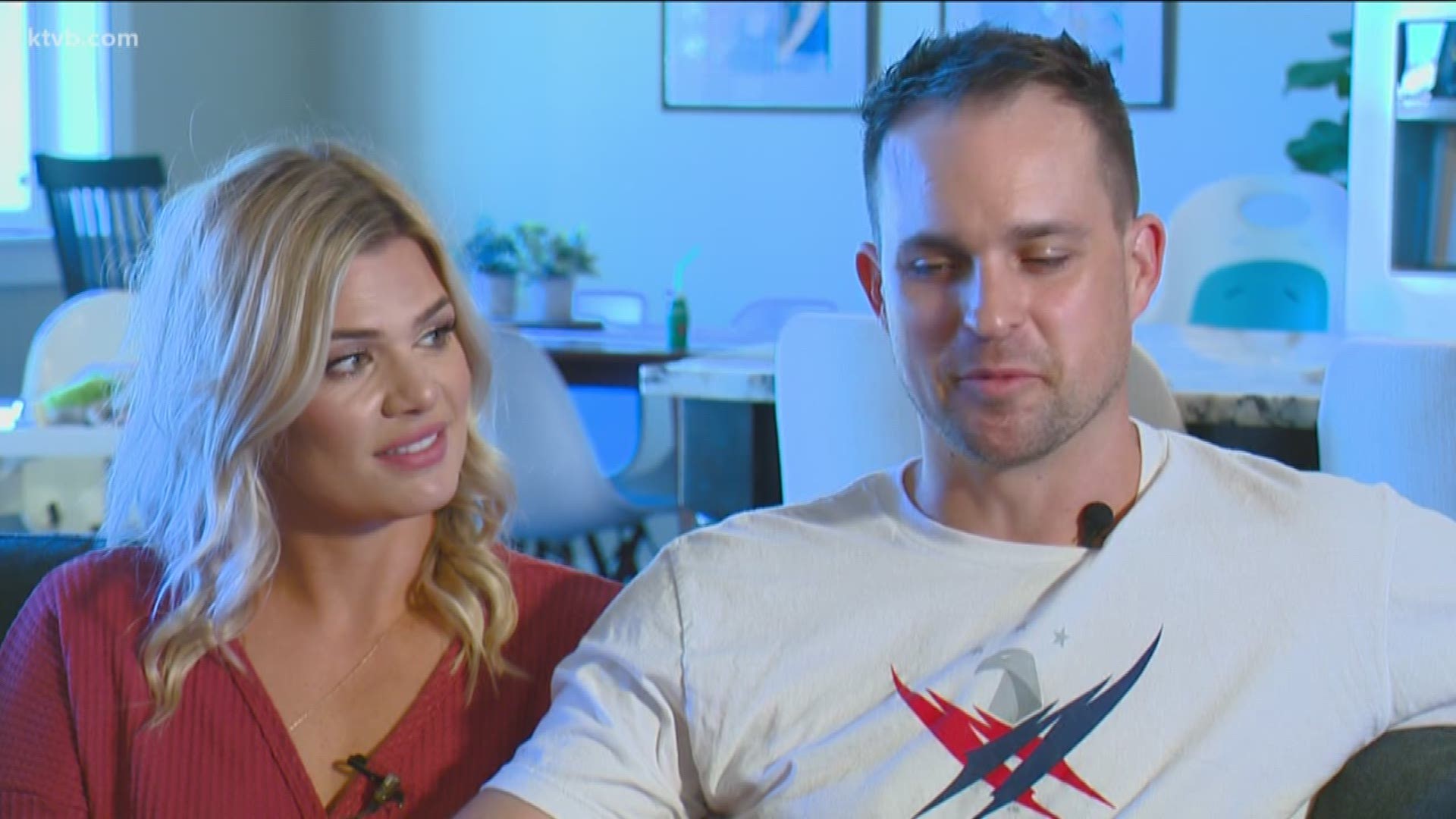 EAGLE, Idaho — In 2009, Marine Staff Sergeant Jesse Cottle was seriously injured by an improvised explosive device (IED) while on a clearing mission in Afghanistan. He lost his legs that day, putting him on a long road to recovery. A decade later and after capturing the hearts around the county, he and his growing family are having a home built for them by the Gary Sinise Foundation.

In 2013, KTVB introduced the world to this war hero and his wife, Kelly. KTVB's Maggie O'Mara featured them in a 7's Hero story after this amazing photo of the couple, showing Kelly carrying Jesse on her back, went viral all over the world.

Credit: Shutterhappy Photography
This photo of Kelly Cottle carrying her husband Jesse on her back went viral in 2013. Marine Staff Sergeant Jesse Cottle lost his legs in Afghanistan in 2009.

"That's how we get around sometimes, at the beach, or we do it all the time, it's just pretty normal for us," Kelly Cottle, Jesse's wife, said.

The photo was taken in Eagle by photographer Sarah Ledford of Shutterhappy Photography. She posted the photo on her Facebook page and the post quickly went viral around the country.

The Cottles were flooded with media attention from all over the world, something they certainly weren't expecting.

"Yeah, that was sort of a crazy period of time. We did the story, and it aired and that Monday morning we just started getting calls from all sorts of people from all over the place. We just thought if we share our story, if it could encourage anybody, it was worth it," Kelly said.

The couple moved back to Idaho last summer, and Jesse is now a physician's assistant at Saint Alphonsus. The Cottles are also parents to two little girls, Grace and Isla.

Credit: The Cottle Family
Jesse Cottle went back to school to become a Physician's Assistant, he now works here in the Treasure Valley at Saint Alphonsus Urgent Care Clinics.

In 2013, during the media whirlwind over the photo, they met actor Gary Sinise at an event celebrating and supporting injured veterans.

MORE: Remember this former marine and his wife? Generous donors are making sure they get their dream home in Eagle

"We met Gary Sinise together at an event in the LA area in 2013," Jesse said.

Years after meeting Sinise, the family is now building a new home in Eagle through his foundation and program.

"We didn't even realize that we would be eligible for his program," Kelly said.

The couple applied for the R.I.S.E. program, which has already completed 57 homes for veterans, with 17 more under construction.

In 2017, Sinise called the couple with news that would change their lives.

"So, when Gary called us on my cell phone, which was surreal by itself, we put him on speaker phone. He just said that they'd be honored to have us in the program and to build us a forever home. Then you're kind of speechless and don't know what to say. What do you even say to that?" Jesse said.

This week, the Gary Sinise Foundation held a "Walls of Honor" event for the Cottles at their future home site in Eagle.

"Today kinda marks the halfway point of the construction project for Jesse and Kelly. It's a day when we invite community, donors, friends and family to come in and write words of encouragement, words of thanks, on the walls before we drywall the home," Scott Schaeperkoetter, the director of operations for the R.I.S.E. program, said.

Credit: KTVB
This is the home under construction for the Cottle family. It's being built by the Gary Sinise Foundation R.I.S.E. Program, mortgage free for the Cottles.

National donors and donors from around the Treasure Valley community are also pitching in to build this dream home for the Cottles.

"They are grateful, they are so grateful. Jesse doesn't think that he deserves this home, we think that he does," Schaeperkoetter said. "Just that never give up attitude of he wants to continue his life, he's missing his legs, but he's not letting that get in the way."

This new home means the world to Jesse and Kelly.

"It means so much, where do I start? In addition to just having spacious hallways and wide enough doorways for my wheelchair, it's a smart home. It's very cleverly designed to make it easier in my wheelchair and in my prosthetics as well," Jesse said.

Accepting the incredible gift has been emotional for the couple, they say it's been hard to hold back the tears throughout the whole process. Kelly says the feeling is indescribable.

"It means so much to us, and I see him every day what he struggles with, and he has had such a good attitude about it," Kelly said. "I feel like he's earned it for us, and I know it's hard for him to feel that way. I think this is just going to change his life and he deserves it. To be able to see him move freely around his home, and be proud of where he is and proud of what he's earned for his family, is going to mean so much to me."

For Jesse, the new home means that they can worry a little less about the future.

"It makes a lot of stresses about the future melt away, and it also kind of feels like maybe you're dreaming. We're extra honored to be the first recipients in Idaho, we're just really excited about bringing the Gary Sinise Foundation, and more awareness to Idaho," Jesse said.

The home will be finished and dedicated to the family on Veterans Day this November.

A documentary was produced about Jesse Cottle, his war injury and his recovery. It's called "Coming Home."