7’s Hero: Riverglen Junior High School basketball player is the heart and soul of his team

Bradley Blakeslee has Kabuki syndrome, but he doesn’t let that hold him back from playing the sport he loves and inspiring everyone along the way. 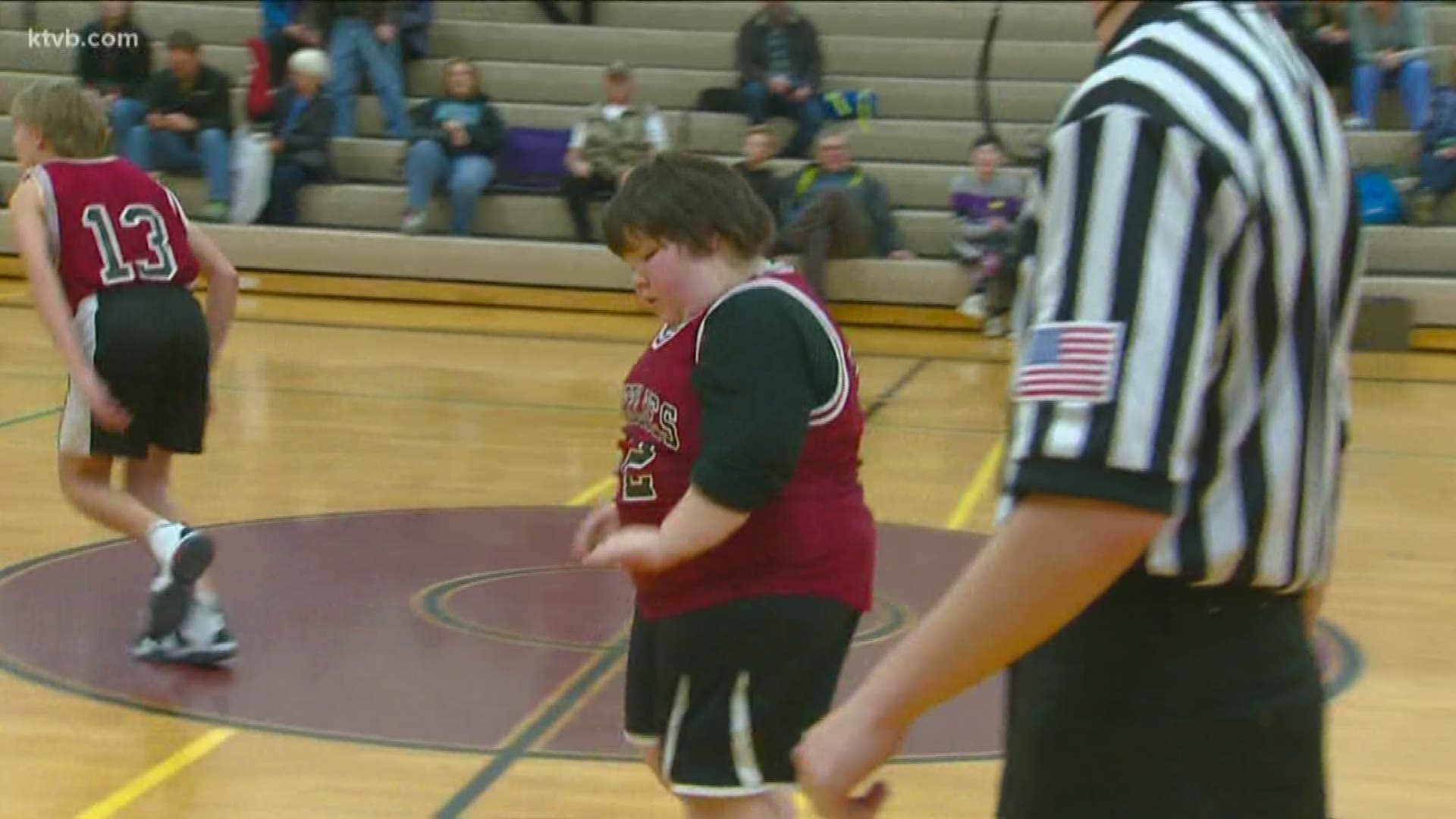 BOISE, Idaho — Last week on our newscasts, we showed you an amazing video of a seventh-grade boy on the Riverglen Junior High basketball team. The school posted it on social media and quickly went viral.

13-year-old Bradley Blakeslee has special needs, and when he made a basket, he was cheered on by both teams and everyone in the crowd. When he saw the video on the news, he couldn't believe he was being recognized on Channel 7.

“He just had little happy tears coming out, and he's like that's me, that's me! He posted it on Instagram and shared with friends and family all over the country,” said Mary Ann Rich, Bradley’s mom.

We were so inspired by Bradley that we wanted to find out more about this special kid and the team that rallies around him at each game. So, we went to a basketball game at Riverglen Junior High School in Boise to see him in action.

Bradley is what you could call a star on the hardwood at Riverglen.

“It’s kind of weird, but I like it though,” Bradley smiled as he told us about the encouragement he gets from both teams, no matter who they play.

It seems everyone has a heart for Bradley. Someone you'll always spot in the stands is his proud mom.

“Bradley is my amazing child,” Mary said “He was diagnosed with a rare genetic disorder called Kabuki syndrome. He is the most amazing child, the best brother, just an all-around kid you can pretty much imagine. “

Kabuki syndrome affects multiple parts of the body. Bradley doesn’t let it slow him down. His school has been a huge support to him.

“He came to Riverglen this year, and we were so blessed that he was able to come here, the teachers, the staff, the kids, everyone has been pretty much amazing to him,” said his mom.

“He's a player that has special needs, and he really wanted to get involved at the beginning of the season. So we found a way to get him on the football field. After football season we were able to get him involved in wrestling where he placed as a city champion in his own weight division,” said Lannon.

RELATED: 'You can do anything!': Meridian girl inspires with her new love of adaptive sports

“From there we got him into basketball. Through that we've really boosted his confidence, his positivity is amazing, it's truly rippled through our school.”

His teammates agree that Bradley is something special, and he inspires them all with his determination.

“When everyone is able to see what he can do, it's clear that they can do it too,” said Christian Seglar, a fellow player. “I think it's really important for everyone to see that everyone deserves an equal opportunity.”

Bradley always comes through in the key, when given a chance. It’s something to see.

“Layups. If you give him the ball in the key he can definitely score, he's a professional,” said his proud teammates, Winston Napier and Carsyn Whitmirsch.

“I like when they are cheering on me, and I'm liking that they are passing me the ball,” Bradley said.

“They get so pumped up whenever he makes a shot and he gets in the game,” said Coach Taylor. “They embrace him when he comes off the sideline.”

For his mom, it's incredible to hear everyone in that gym chanting her son's name!

“I cry just like always, the players, the fans in there, the other team, the other coaches, Riverglen has been the best fit for Bradley,” Mary said. “He cries afterward, and I say are you okay? And he says, 'They are happy tears mom, happy tears.'”

Coach Patrick Taylor tells he’s a joy to coach, and he is putting so much meaning into this basketball season. They haven’t won many games, but that’s okay. It’s not all about the score.

“We're 0-6, but when we see the community showing up and the other team showing up and everyone being inclusive and supportive of our players, that's definitely a win in my book,” Taylor said.

Bradley and his team are inspiring people all over our community. Watching him play is pure joy.

“These kinds of things are happening in our schools every day,” Lannon said. “We’re just proud to be the school that's able to showcase it.”