Kory Puderbaugh, 25, is a proud member of Team USA Wheelchair Rugby. He is one of the top players in the country, and competed for gold Sunday in Tokyo. 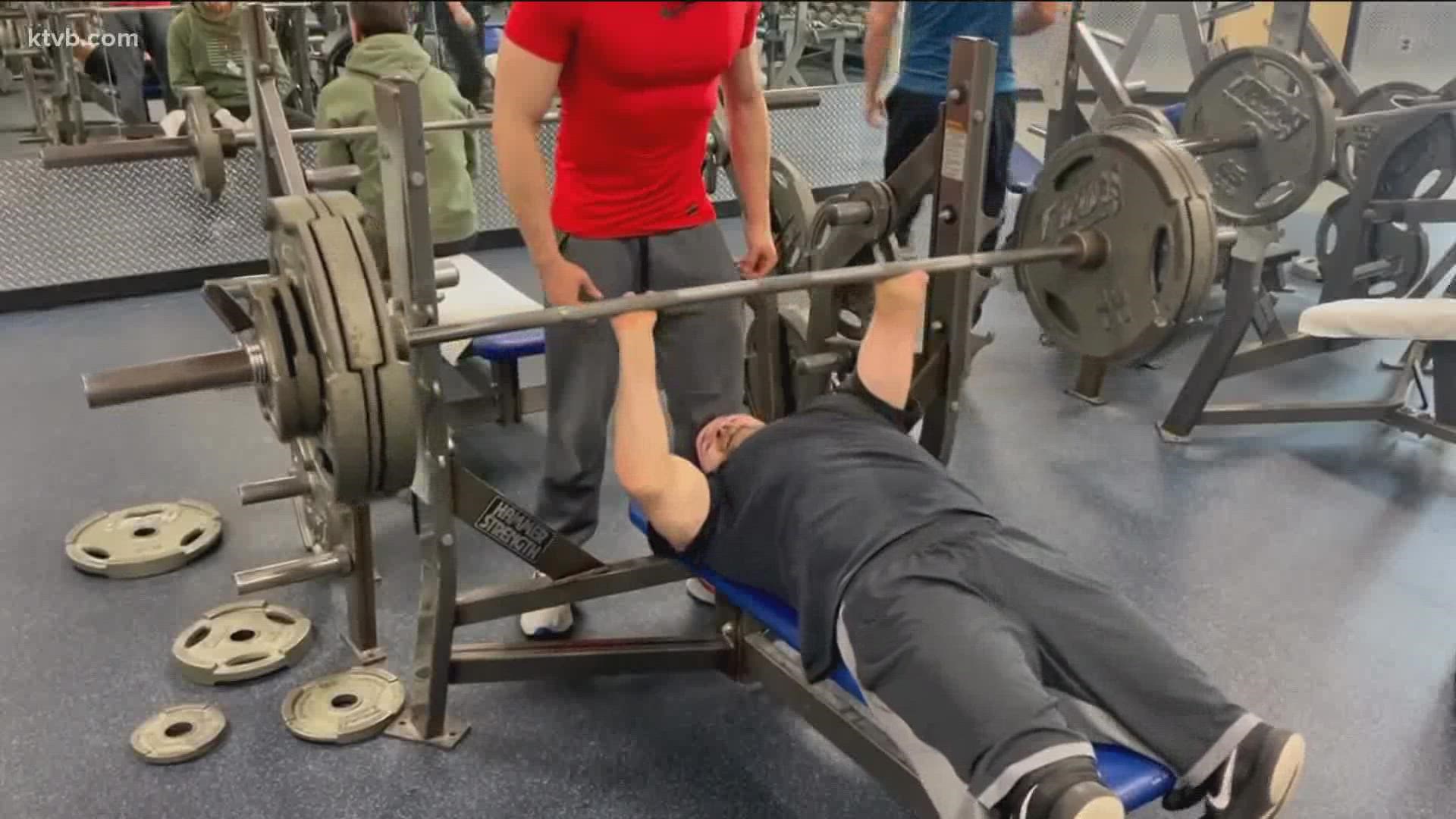 MERIDIAN, Idaho — A 25-year-old Meridian man is competing in the Tokyo 2020 Paralympic Games. Kory Puderbaugh is a member of the USA Wheelchair Rugby team.

"I think very early in my life, I had this drive, this fire, to want to compete and show people that I was able to do things," he said. "I'm constantly reaching for new barriers. I just have this aggression, this fire inside of me that says you have to go out and compete."

Puderbaugh was born with limb differences but said that has never held him back in life.

"I don't have my legs from the knees down. I wear my shoes backward and walk on them. I have two fingers on my right hand and no left arm," he explained. "I look at what I have and I make the most of it."

He came to the United States from Poland as an orphan. This country quickly became his home.

"I came here to America a week before 9/11. Long story short, I've been in about three or four families since then, all good families," Puderbaugh said. "You know I have lived all over the country. Idaho has been home for quite some time. I'm very blessed to have the people in my life that I do."

That positive spirit has served Puderbaugh well; he's always striving to be better. As a kid he was a natural athlete. He was a competitive wrestler in high school, and then he fell in love with wheelchair rugby. But it wasn't love at first sight.

"I was introduced to it by Spencer Larimore of the Boise Bombers. I said no to him for 6 months," Puderbaugh said with a smile. "Then when I finally tried it, he knocked me on my butt right away. I said, 'You can't do that,' and he said, 'It's part of the rules'. Right from that point, I was hooked."

Early on, Puderbaugh had Olympic dreams. After playing in Idaho, he moved to California and played for the San Diego Sharp wheelchair rugby team. He then went on to play for the Phoenix 360 Heat.

Puderbaugh, who also goes by the nickname "Spiggy", is one of the top players in the country and was thrilled to earn a spot on the 2020 USA Wheelchair Rugby Team. He is one of 16 athletes on the team representing the United States in Tokyo. He said the team is like family to him.

#7sHero Need some inspiration to go BIG in your life? Check out this Meridian paralympian!

He’ll be competing with Team USA this week in Tokyo.

"It took quite a few years to get there but here we are, chasing a gold medal," Puderbaugh said.

Tokyo isn't his first Paralympic Games; he also competed in Rio in 2016. Team USA didn't win gold in Rio, and that sticks with him. He was the youngest member of the team and they took home a silver medal. This is his second quest for gold.

"That's our only goal right now is just to go to Tokyo and get the gold medal and bring it home," Puderbaugh said. "Obviously, we have several other countries fighting for it and we want to come out on top."

Puderbaugh's friends, family and fans follow his journey on his "Spiggy Up" social media accounts. He's all about being more, doing more, and giving more. He doesn't just want to inspire others with his videos and photos, he wants to motivate them to do big things in their lives, too.

"Don't let people put limitations on you, anything is possible. If you put it out there, and you work your butt off towards it, you can achieve anything you want," Puderbaugh said. "Give life everything you have."

Puderbaugh says he is proof of that. Not only is he a Paralympian, but he works in accounting and working toward a career in finance. He is also a pilot. If he has a dream, he makes it happen. But there's still one thing he says he needs to add to his resume.

"Only one thing, a gold medal," he said.

Click here for more information on the team's schedule in Tokyo.

Puderbaugh also has a Go Fund Me to help pay for his training and travel. He is so grateful for all the donations that he has received so far. You can follow him on Facebook, and check out @spiggyup on Instagram.

Puderbaugh and the Americans matched their silver-medal performance from Rio.

Team USA opened pool play Tuesday night with a big 63-35 win against New Zealand. Puderbaugh scored 12 points, called "tries," in about 12 minutes of playing time. You can see him in these video highlights. The team followed up that win with a couple of close victories against Canada and Great Britain to clinch a perfect 3-0 record in group play. Puderbaugh played a little more than three minutes against Canada, and scored two tries against Canada; he played 2 minutes, 26 seconds against Great Britain, and scored one try in that game.

Puderbaugh and the Americans defeated Australia 49-42 Saturday morning in the second semifinal match. With that victory, the U.S. knocked out the team that denied them the gold in Rio.

Team USA played Great Britain for the gold medal early Sunday morning. Great Britain won, 54-49. Puderbaugh did not play, but could be seen cheering on his teammates while courtside.