7's Hero: 92-year-old Meridian man gets a new roof, thanks to community donations

Richard Nourse has lived in the same house for 88 years. When he noticed a crack and leak in his old roof, the community joined forces to fix it. 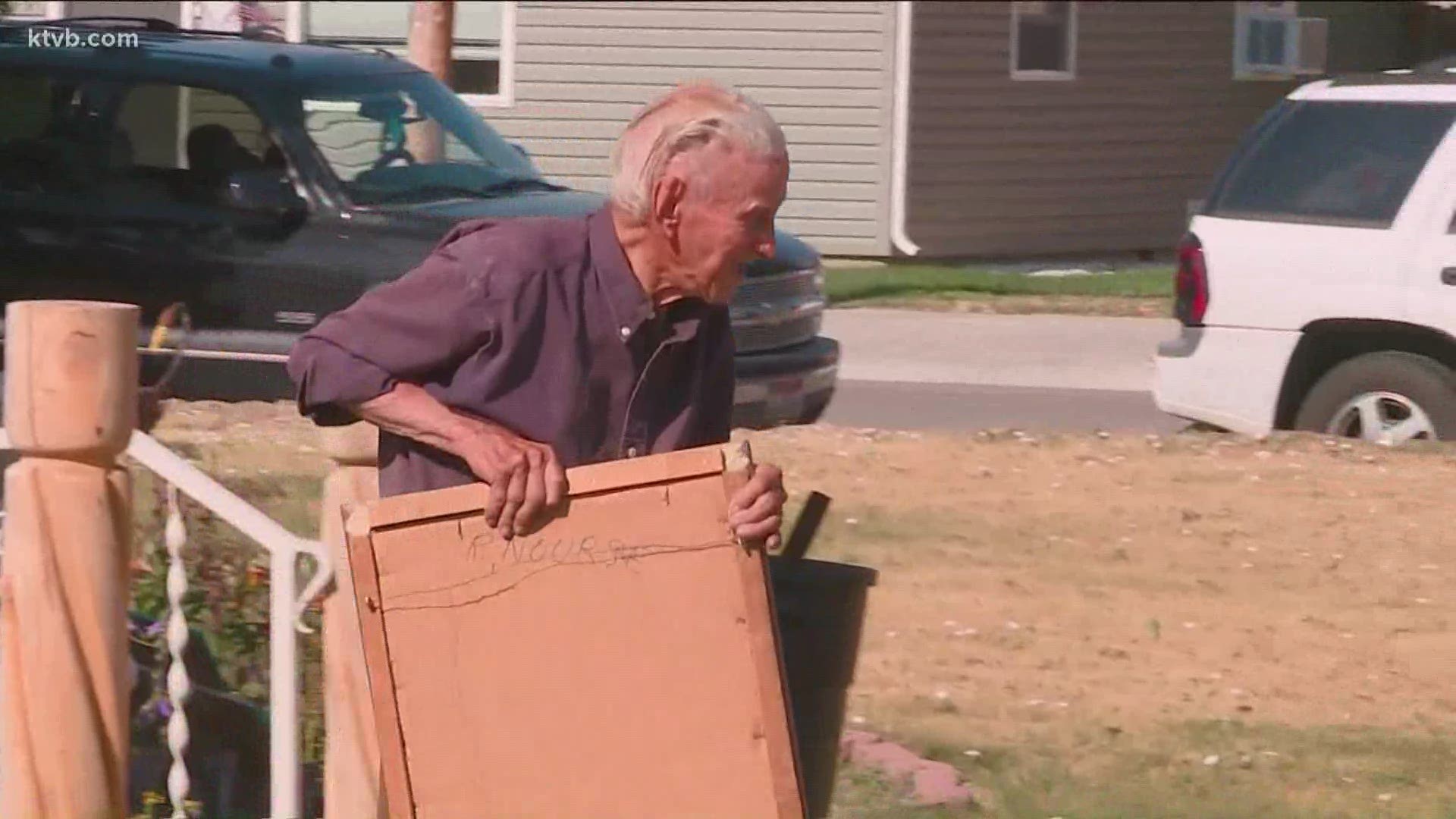 BOISE, Idaho — Richard Nourse was born in 1927. He grew up in a little white house in Meridian long before the city became the rapidly-growing area it is today.

He has lived there since he was four-years-old.

That little white house means everything to Nourse. His grandfather built it and it was one of the very first in the city. At 92 years old, he puts a lot of care and love into maintaining his lifelong home.

"In 1931 when we came here, I was four years old," Nourse said. "My first memory was peeking in the window over here."

When it needed a new roof, the community came together to help in the most wonderful way to make it happen.

The house is older, and the roof was already slightly worn down. However, when an earthquake hit the Treasure Valley in March, Nourse said a crack and a leak formed.

"Well I got up there, and I could see the crack," Nourse said. "It doesn't bother me a bit to get up there on the roof and even climb way up. I patched it but it still leaked."

That's where his good friend Trevor Knesal enters the story. He works in an office near Nourse's house and stops by to visit with him any chance he gets.

"I'm just fascinated by his stories, and the history he has in this area is remarkable," Knesal said.

Nourse told Knesal that it was time to go back on the roof and lay more tar down to cover the leak.

Knesal did not like the sound of a man in his nineties climbing up on the roof, and that prompted him to do something to help.

"I put a Go Fund ME page together and shared it to a handful of groups on Facebook, and the community stepped up in a big way," he said. "I mean, it was ridiculous the response that I got."

Knesal was stunned by the response. Donations started rolling in from all over the community. Then, Ridge Runners Remodeling agreed to fix Nourse's roof for half price after meeting him.

Many of the roofing materials were donated to the remodeling crew. Once they arrived at Nourse's home, they got right to work.

"Trevor got the roofing company to come, so that was awfully nice of him to do that," Nourse said. "He's just about my best friend."

Knesal said he is so touched at how the community came together.

"He doesn't ask for help, he didn't ask for any of this," Knesal said. "I was very touched by the whole thing."

Thanks to Knesal and the Meridian community, Nourse has a brand new roof.

Now, this little house with so much history will live on in the heart of Meridian, with a brand new roof, just the way Nourse would want it.