Joaquin Mandujano has Emanuel syndrome. There are only 500 cases of it reported worldwide. His mom said, “He just fights hard at every little thing that he does." 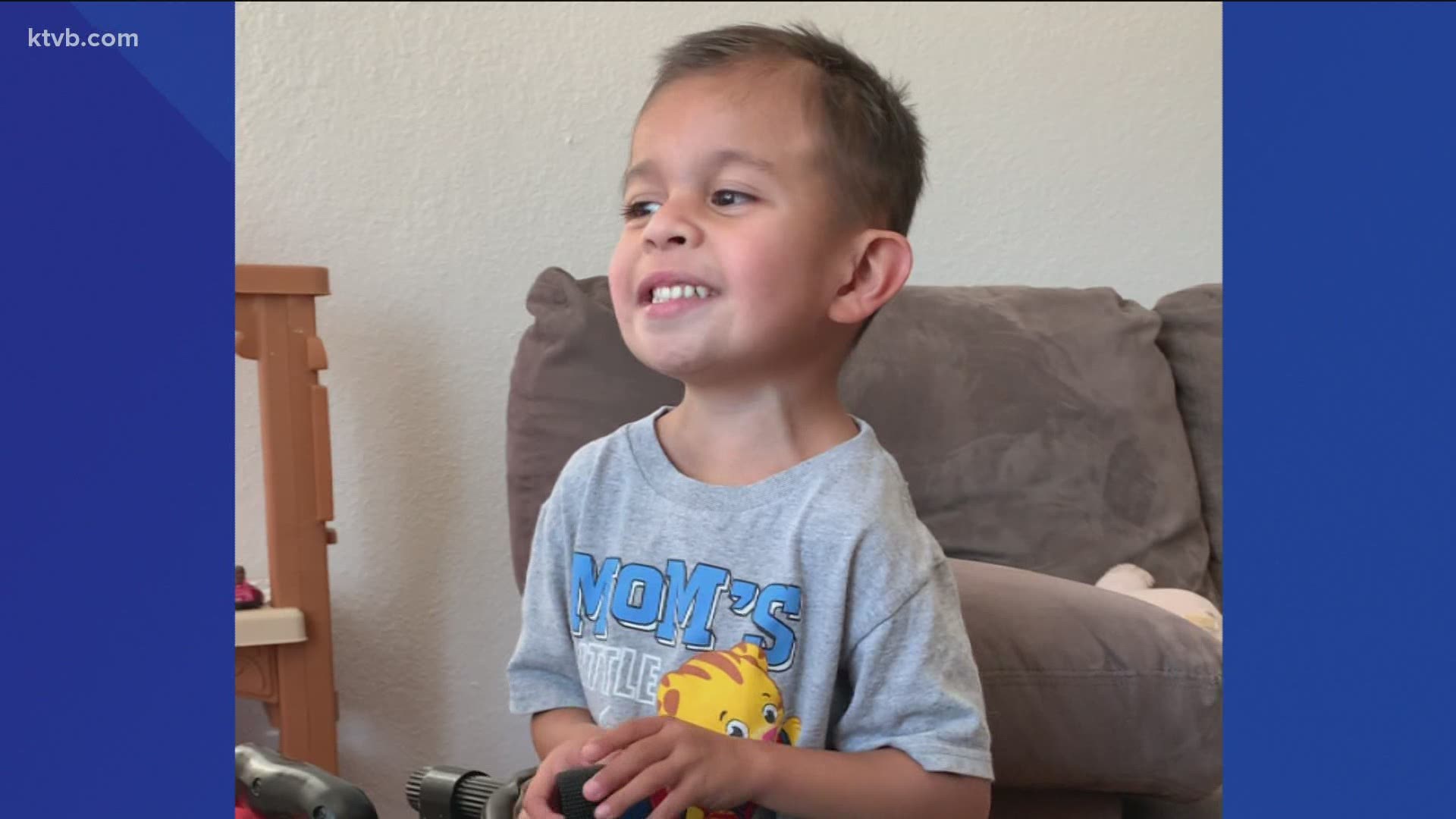 Joaquin has an extremely rare genetic condition called Emanuel syndrome, and it impacts almost every aspect of his growth and development. November 22 is Emanuel syndrome Awareness Day. The Mandujano family wanted to share their story with KTVB to spread awareness and acceptance.

“We had a rough pregnancy, I started seeing a specialist at 20 weeks,” said Jessica. “We induced at 38 weeks, and right away he couldn't breathe, that was tough. He spent eleven days in the NICU. They did so many tests, and they couldn't find anything."

Joaquin’s mom noticed he had developmental delays, so they started early intervention therapy for him when he was just a baby.

“We kind of kept the hope that it was just delayed and he was going to grow out of it, and then as he started getting older and we had little sister, who started walking at nine months, we really started seeing how big the gap was of the delays,” said Jessica. “So, we went and did genetics testing in Portland. The geneticist said I've never seen this before."

Genetic testing revealed Joaquin had Emanuel syndrome, a chromosomal disorder that disrupts normal development and affects many parts of the body. Children with Emanuel syndrome have weak muscle tone and fail to gain weight and grow at the expected rate.

Jessica said her son doesn’t speak but works so hard to do the simplest things that we all take for granted. He inspires her daily.

“He just fights hard at every little thing that he does," she said.

Joaquin's mom shares moments from his extraordinary life @joaquinslife on Instagram. She wants to give hope to other families dealing with Emanuel syndrome. Joaquin has fans all over the world.

“They see Joaquin doing all these things,” said Mandujano. “I think it's very helpful to some families who are new to the diagnosis."

Jessica said she is also a member of a private Facebook group for Emanuel syndrome families. That group provides a lot of support.

Joaquin uses a gait trainer walker to help him walk, and he loves to go to local parks. He often wears his super cape from the Tiny Superheroes organization that he received after he was nominated by a friend.

“They do capes for kids with medical conditions or disabilities. It gives them the empowerment to have these little superhero capes wherever they go. and I think it's awesome,” said Mandujano. “Sometimes when people see a kiddo walking with a walker, you get looks of pity, which I understand. But, when we walk around with his cape, we get more smiles!"

Jessica says there are things we can all do to help kids like Joaquin. It starts with acceptance.

At the age of five, Joaquin is already inspiring people around the world, and right here in Idaho.

“Just to know him and to be around him is to know true love,” said Jessica Mandujano. “He's just the sweetest little guy."