Healthcare Share Treasure Valley organized a parade for seniors in care facilities, but this parade included something a bit unusual that made the residents smile. 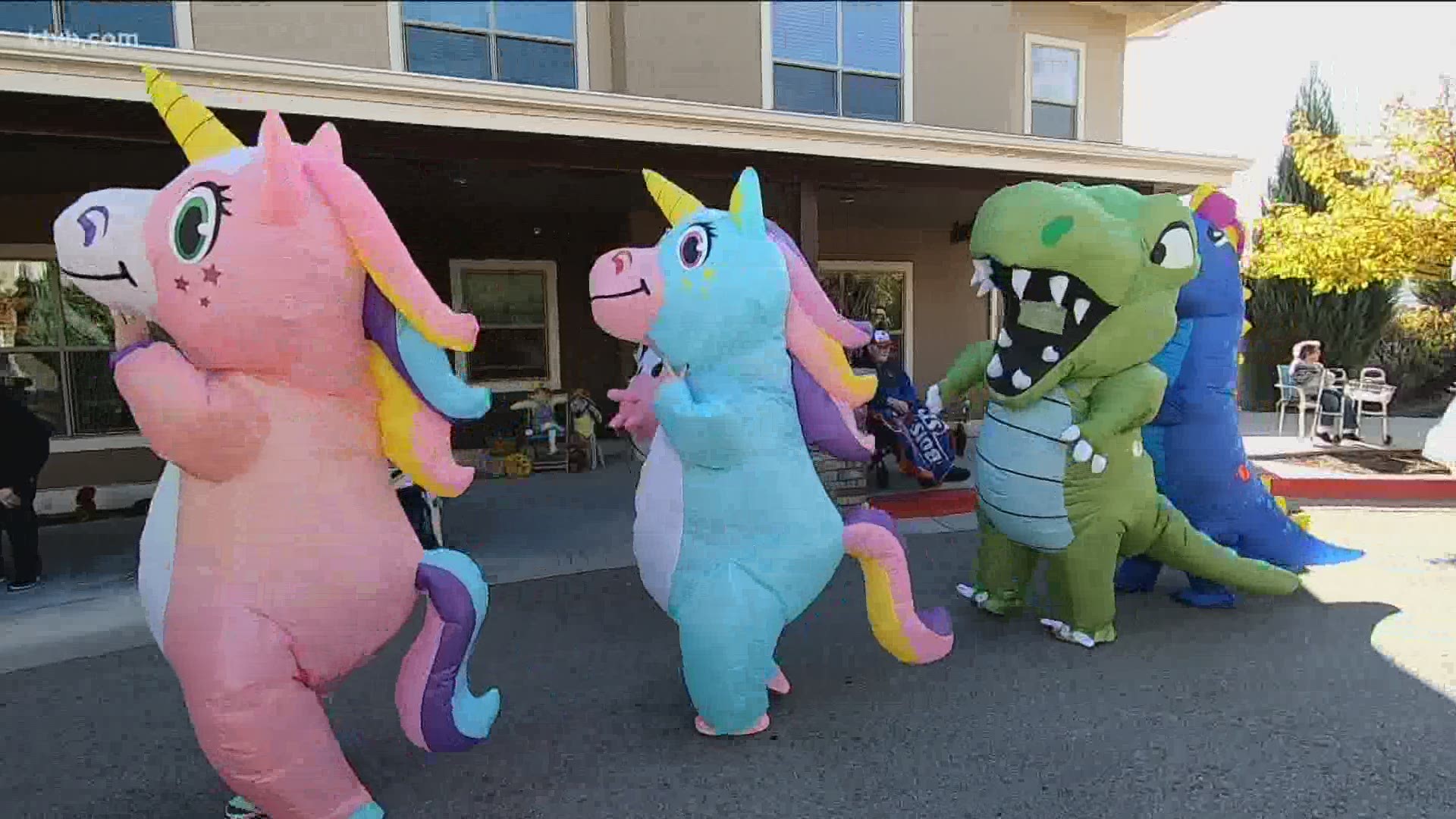 A group of about 30 people get together and put on inflatable costumes to spread joy, everything from dinosaurs and hippos to unicorns and clowns, in the Healthcare Share Treasure Valley Inflatable Parade.

"We're the ones who started a Facebook page called Healthcare Share Treasure Valley," Thomson said. "We just throw out ideas and this was one of them, the parade. We encouraged everyone that works with us in the healthcare community to purchase an inflatable [costume] and come out and spread joy."

Both women work in healthcare; Thomson works with Treasure Valley Hospice and Jackson works for Multicare Home Health and Personal Care Services. They realized how important it is to encourage and uplift area seniors who may feel isolated during the COVID-19 pandemic.

It was this idea that residents deserve safe social interaction that brought the inflatable costume parade to Alpine Meadows Assisted Living in Meridian. The residents and staff were thrilled to have such a fun dose of entertainment right outside their front doors.

"I'll tell you this, this is amazing," said Alpine Meadows Activity Director Jodi Falcone. "It's been a tough year for all of us, and we don't get a lot of live entertainment, most of the entertainment we get is on Zoom. For them to be able to come outside is wonderful and to have this whole parade. It's like the Macy's Thanksgiving Day Parade right here in front of our own home."

94-year-old resident Mary Dennis was overjoyed to see the parade and all the fun costumes.

"Oh my, this was such a fun time, and I loved every one of them, they were tremendous," she said. "It is terrific it certainly breaks up a routine, this was outstanding."

The inflatable parade was something truly special for the residents.

"It just warms my heart so much, we aren't able to go out and see people like we did before, and you guys are still thinking about us enough to put on something so joyful and entertaining," Falcone said. "It just breathes new life, and we are just so grateful."

Dennis said it was a parade unlike any other, and something she won't soon forget. She also extended her thanks to Healthcare Share Treasure Valley.

"I had such a good time," she said. "I thank them for giving their time and for putting up with us, thank you."

Healthcare Share Treasure Valley wants to thank Idaho Pizza Company and Great Harvest Bread Company for their generous food donations to those in the parade. Country Time Assisted Living donated a large passenger van, also known as the "parade party bus", to get these inflatables all around town.