The players held 13 American flags during a special tribute to the fallen at a recent game. The whole community was touched and inspired by the patriotic gesture. 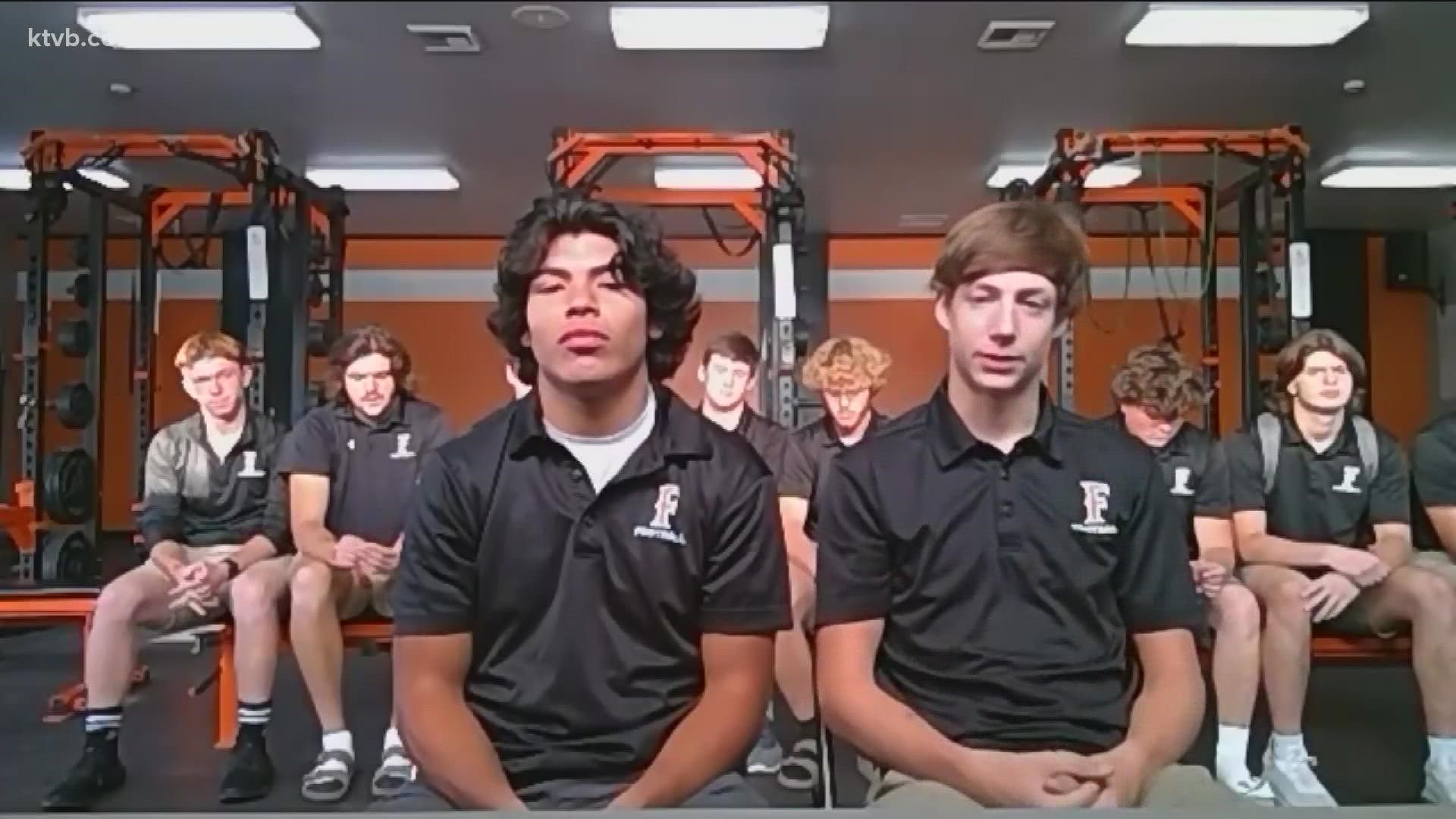 FRUITLAND, Idaho — On a Friday night in the small Idaho town of Fruitland, the whole community comes together for a high school football game.

"It's just fun to be out here with your friends and doing something that you love doing is just amazing," Fruitland High School senior Tanar Ward said.

The boys on the team have grown up together, and playing football has always been a part of that hometown experience. This year, there are twelve seniors on the team.

"For the most part, we've all been brothers. We've known each other since kindergarten. It's a real special thing for all of us," said David Juarez, a senior at Fruitland High School.

At a recent home game, something happened that brought the whole team and the community even closer.

"We saw a bunch of people doing stuff for the 13 fallen U.S. military members, and we thought we should do our own part in it," Ward said.

The team was touched by the tributes to the American service members we lost in Afghanistan in August. They had an idea that would play out on the football field at a home game. One of the families generously donated large American flags to the cause.

"We all walked out with a flag to the stadium. We normally do a prayer before our game. So, we did our prayer, and then we lined up for the national anthem," Ward said. "It was all twelve of us seniors, and then we grabbed a junior to help carry the flags out with us. We stepped out onto the field with just the 13 flags.

The tribute was a beautiful and somber display of patriotism. These seniors say it just felt like the right thing to do.

"For me, it meant honoring all of our fallen soldiers, not just the 13," Ward said. "But honoring all troops who have passed, because everyone in this community has a tie to a military family member in some way."

The crowd at the game was blown away, as well as the whole community. Photos and videos spread quickly on social media.

"I saw a lot of people post about it. I really feel like Fruitland was really touched that we did that," Juarez said. "Here at Fruitland, we really take pride in our country. Honestly, being able to do that was such an honor, really. There aren't many countries where you can go out and show your pride the way we can."

The boys have been getting a lot of attention for the gesture, but they quickly turn the conversation to all those who have served our country.

"We just want to thank you for your service. We greatly appreciate it, we know what you have done and sacrificed, you and your family, and we just hope the best for you in these times," Ward said.

The team plans to carry the flags out for every home game for the rest of the season. 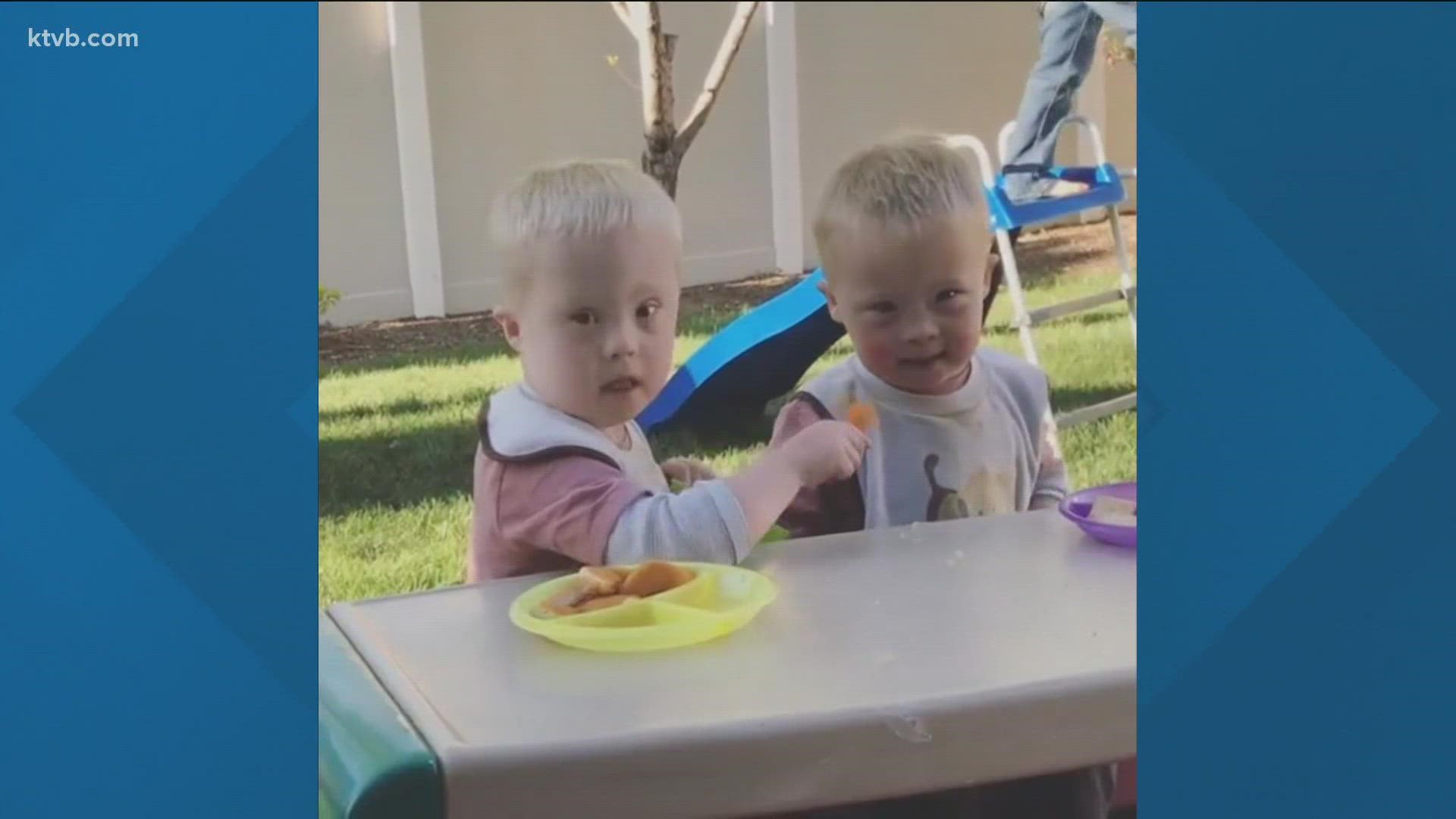 Nampa twins elevate voices of people with Down syndrome