The two teens created Project Snow Stickers to raise money for BASE, an adaptive program that offers ski and snow sports lessons to disabled adults and children. 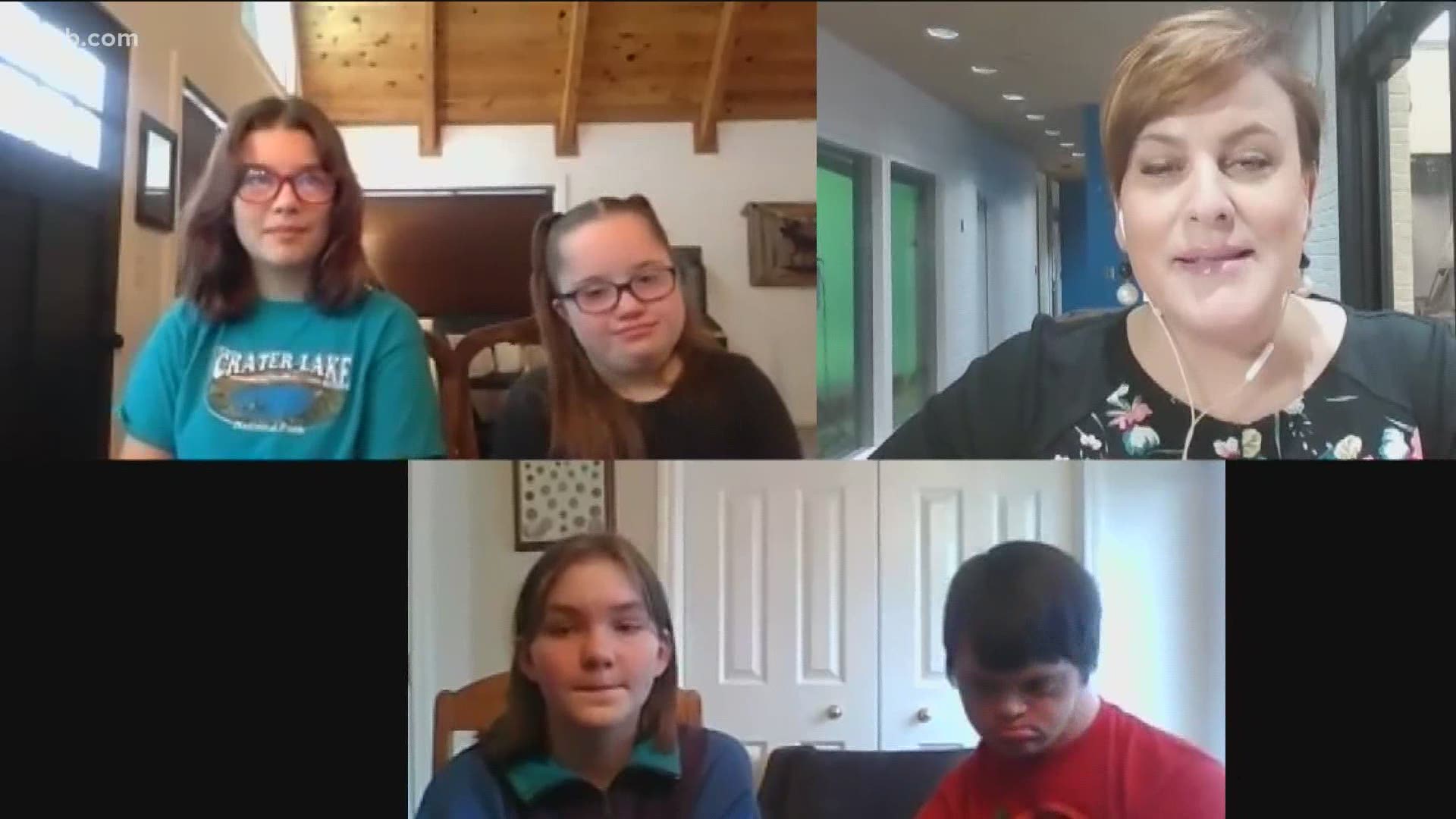 BOISE, Idaho — 13-year-old Anser Public Charter School students Shayla Burington and Luciya Davidson both have siblings with Down syndrome who they love unconditionally.

Shayla has an older brother named Marcus and Luciya has a younger sister named Mirabel. Both are in awe of their siblings.

“Marcus has lots of things that he loves to do," Shayla said. “He loves to go out and get iced coffee and have pizza and he loves the snow, he really likes winter, and the snow and going skiing.”

“[Mirabel} always has a positive attitude," Luciya said. "She's hardly ever sad, even if there's something she doesn't like. She may whine a bit but she always finds something to be happy about."

Those feelings of love Luciya has for her sister are reciprocated.

“I love her hugs and I love being annoying to her, and I love to wrestle with her all the time, and she even tickles me,” 10-year-old Mirabel said.

That love inspired the girls to put together a project to raise money for adaptive sports for children and adults with disabilities.

The project, which they named Project Snow Stickers, involved designing and selling stickers to raise money for the Boise Adaptive Snowsport Education (BASE) program, a program that offers ski and snow sports lessons to those with physical and developmental disabilities.

“They teach people with special needs how to ski and snowboard,” Shayla said. “They don't turn anyone away based on their ability or their ability to pay. They provide lessons for everyone which we really love.”

Skiing is a big part of both Marcus and Mirabel's lives. They love to hit the slopes and have both taken lessons through BASE.

The girls have been selling the stickers at local ski events and through social media, mainly through their Instagram account.

“We will hopefully be able to reach over $1,000 soon, which is crazy because we never expected that,” Shayla said.

100% of the proceeds will be donated to BASE.

Two Boise girls started #ProjectSnowStickers. Luciya Davidson & Shayla Burington design & sell stickers to raise money for Boise Adaptive Snowsport Education. These girls both have siblings with special needs, and they want them to have every opportunity they have! #7sHero @KTVB pic.twitter.com/jx921x0Uar

“They do so much, and we really appreciate what their purpose is," Shayla said. "We really want to make sure that they have the ability to provide skiing for everyone."

The girls said their inspiration is simple: Marcus and Mirabel.

“I just want to make sure [Mirabel] has all the opportunities that I do,” Luciya said.

“If that's advocating for my big brother, or continuing to raise money for programs like BASE, I really want to be able to help out,” Shayla said.

The two said they will be lifelong advocates for those with disabilities.

For more information, send an email to projectsnow.stickers@gmail.com.