Zoey Klitgaard just wrapped up her first flag football season with Meridian PAL. There was something special about her team this fall, she was the only girl. 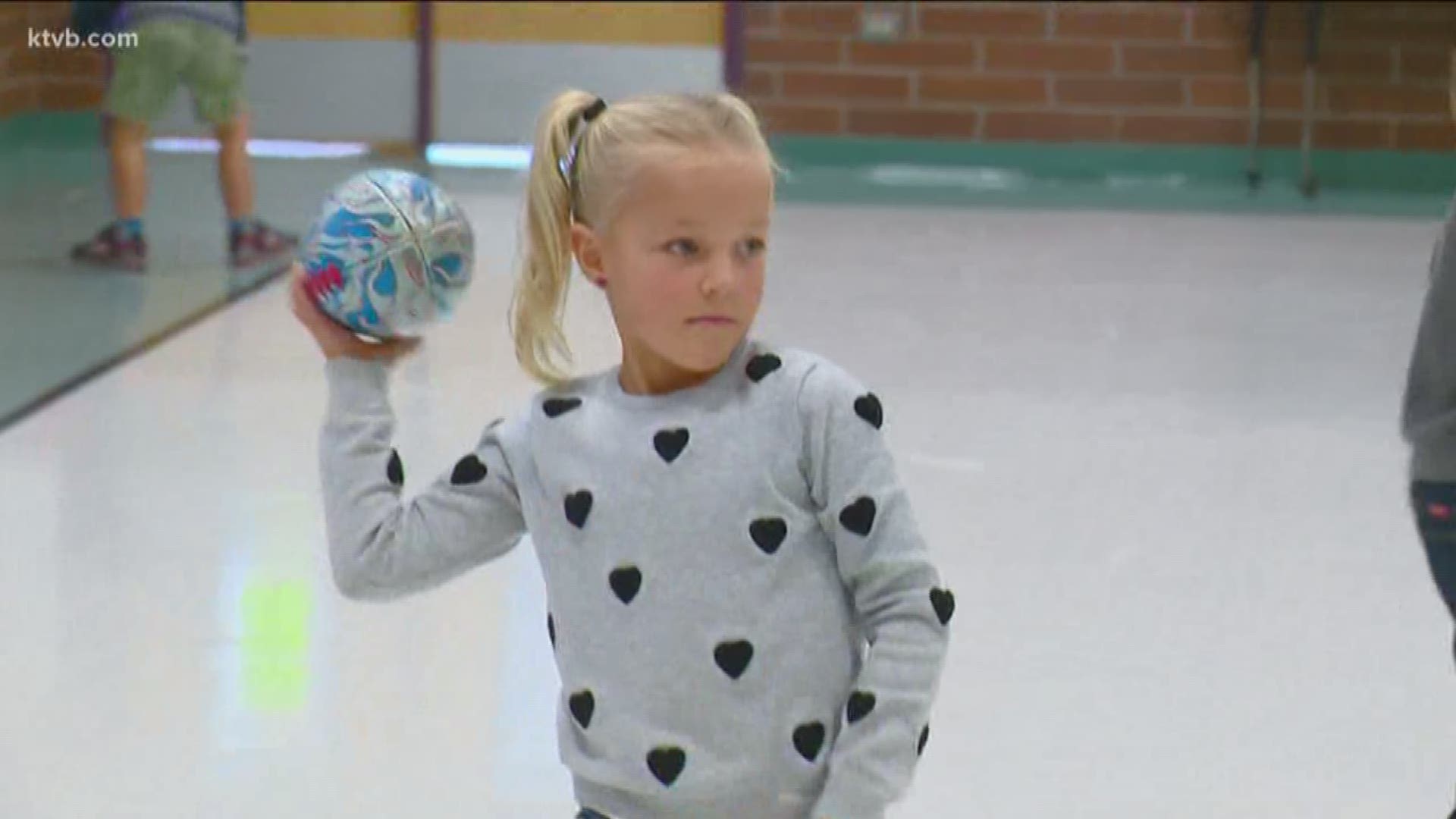 BOISE, Idaho — Zoey Klitgaard is just five-years-old, and she's already all about football. Her parents say she fell in love with the sport when she was just a toddler.

“Zoey started playing football in our backyard when she was about three, along with all of the neighborhood boys, “ Annie Klitgaard, Zoey’s mom, said.

This Meridian girl is a big Boise State Broncos fan. You may even spot her in blue and orange cheering at the home games at Albertsons Stadium. She's been a Broncos fan since she was a baby.

This has been a big year for Zoey. She just started kindergarten, and when she turned five, she told her mom and dad she wanted to join a flag football team.

“So we went to Meridian PAL it's a co-ed league,” her mom said. “What we didn't anticipate was her being the only girl on her football team, and we were a little bit worried that it would deter her from wanting to play, but that was not the case!”

“She jumped right in and they just took her in like one of the other players,” Josh Klitgaard, Zoey’s dad, said. “She was always treated as a regular teammate, just as it should be.”

Zoey had no problem being on a team with all boys.

Zoey was the team's quarterback and she loves playing QB.

“I like passing the ball off,” Zoey said. “I pass it off, and then we get a touchdown.”

Credit: The Klitgaard Family
Zoey's parents say she has always loved playing football and started playing when she was just 3-years-old.

The Klitgaards say Zoey’s coach, Jeremy Bergquist, was a big part of her success. He was always encouraging and supporting Zoey’s love for football.

“She got to get out there and show her team, 'I'm the leader of the team, I'm a QB and I can run with the rest of you.' Those boys really responded to her,”  Josh said.

Her mom and dad say they don’t worry about her one bit. But, they did get a lot of comments about their adorable daughter playing with all boys.

“We heard a lot of look at those blonde pigtails, you don't see that on the football field every day,” Annie said. “She doesn't understand why this is such a big deal because she sees it as, 'Of course I play football, I love football, and of course I play quarterback because I'm good!' She is self-assured and she is confident and I love that about her.”

Zoey’s love of football is inspiring a new crop of players in her neighborhood.

“A lot of her girlfriends now want to play football and her girl cousins,” Annie said.

Zoey won't be the only girl on her team for long, and she's okay with that.

“Little girls can do anything whether big or small,” Zoey said.

See all of these heartwarming stories in our YouTube playlist here: