Sky French and his mom were blown away when the community stepped up to buy his rocks, and made his dream to help those in need come true. 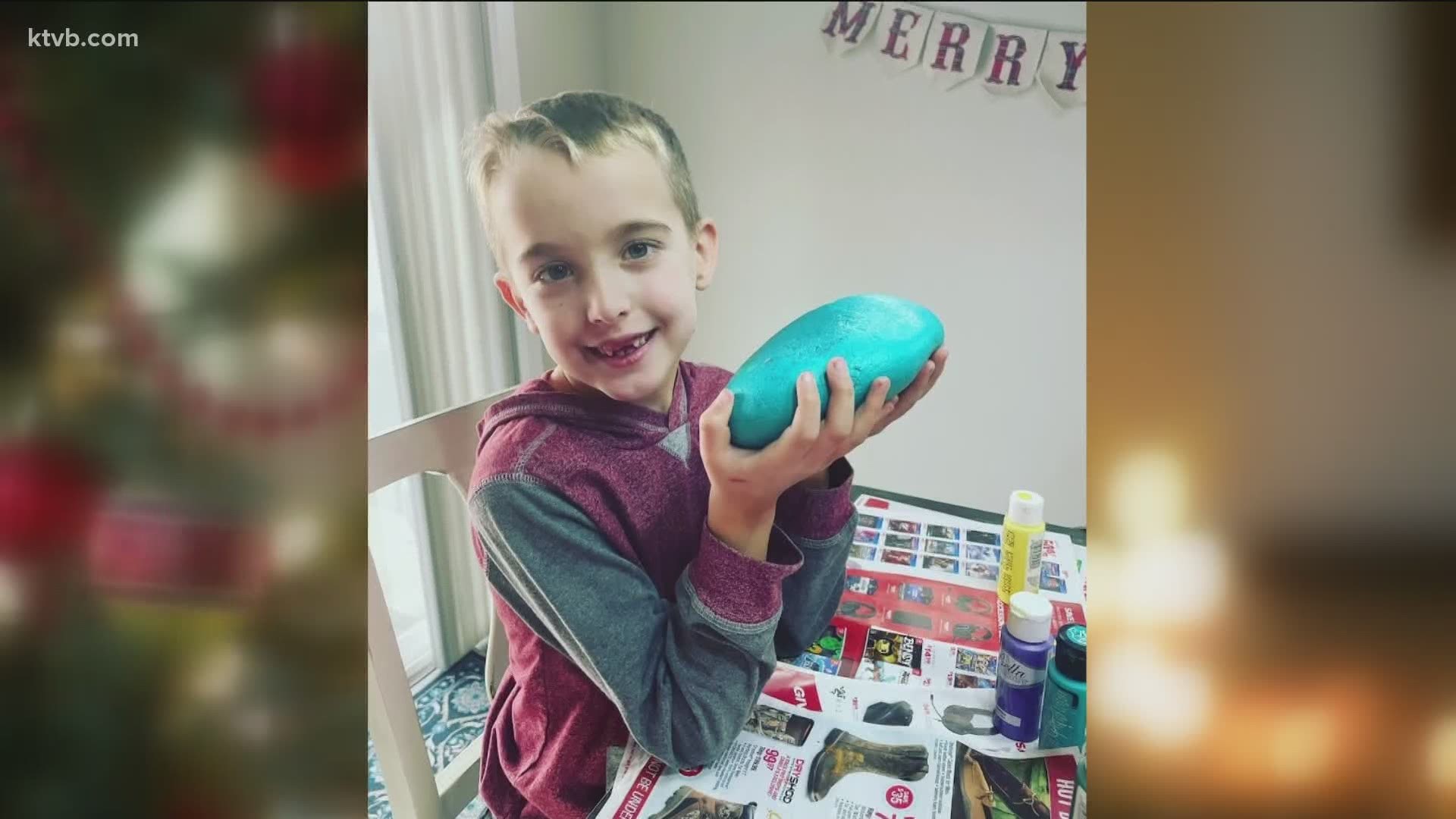 MERIDIAN, Idaho — 6-year-old Sky French is a kindergartner at Ponderosa Elementary with a love for rocks and crystals.

Like many others, last year was difficult for Sky and his mother Leah Blazek.

When Christmas rolled around, Sky wanted to earn money to buy presents for his family and children in need. To do so, he decided to sell some of his favorite rocks from his collection.

“One day, I just noticed that he was getting a bunch of Post-It notes and writing on them with the stones that he collected,” Blazek said. “I looked over and I said, 'What are you doing?' He said, 'I'm going to sell my rocks, mom.'"

Sky then asked his mother to take photos of his rocks and share them on Facebook, something she thought was a sweet gesture.

“We posted them for fun on Facebook Marketplace and a few groups that I'm a part of, just trading and selling groups,” Blazek said.

The comments and messages started pouring in about Sky's rock sale, and Blazek couldn't believe what she was seeing.

“We got responses right away, it was crazy,” she said. “Initially, I just thought that people were going to think it was kind of funny and cute, and I had no expectation that people would want to buy them or donate rocks for him to paint or donate crystals to his little rock business. But they did.”

Sky was excited that people were interested in his rock sale, too.

Sky French is just 6-years-old, but this Meridian kid had a big dream. He wanted to sell some of his beloved rock collection to earn money for Christmas presents for family, & for kids in need. He decided to give it a shot. You won’t believe what happened next. Watch @KTVB at 10. pic.twitter.com/7lY9mZAAOI

The rock sale brought in a whopping $1200. Sky had more than enough to buy presents for his family and to donate to Toys for Tots. The rest was put into a college fund by his mother.