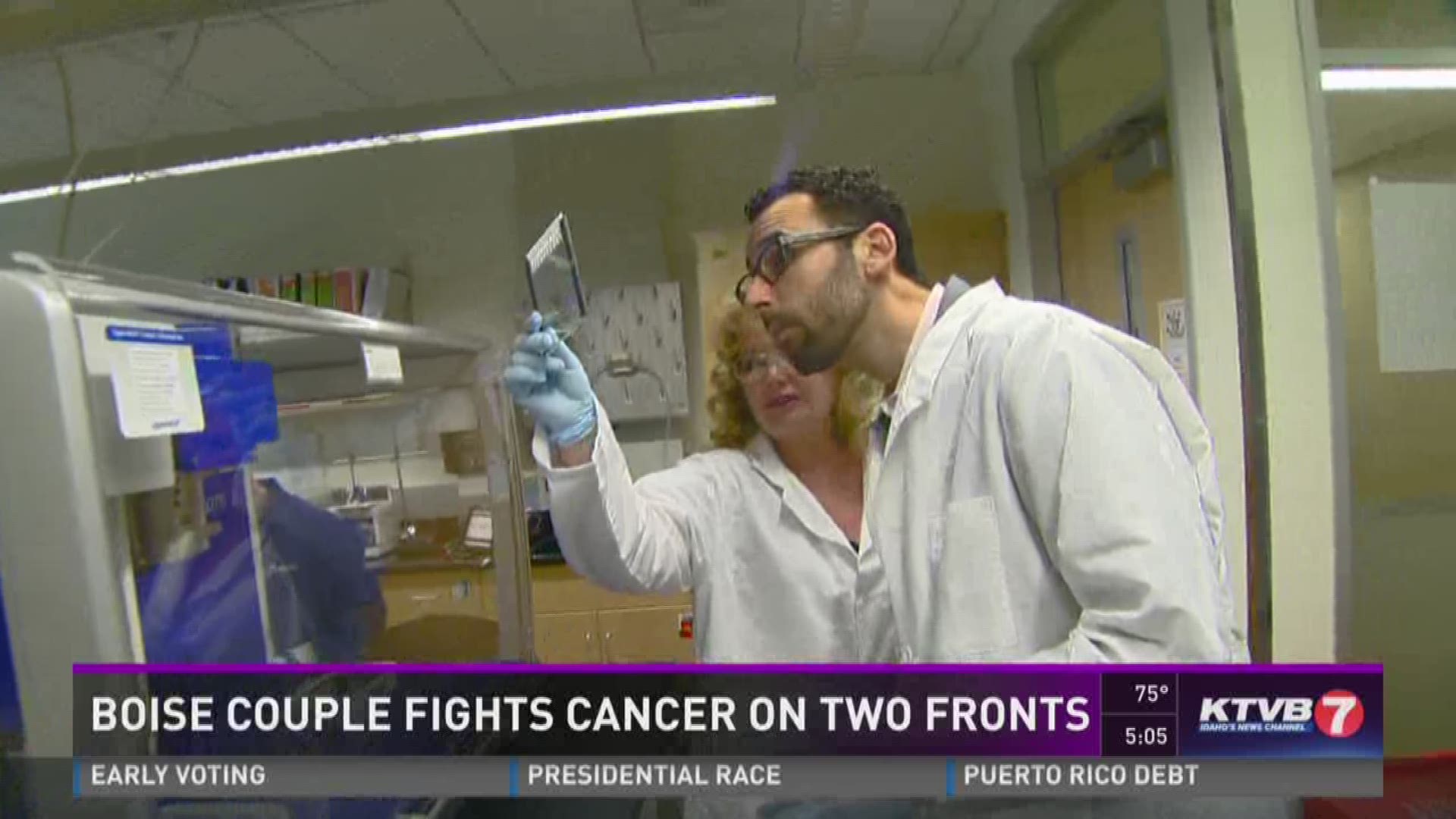 BOISE -- A Boise couple and their two little girls will walk in the 18th annual Boise Race for the Cure this Saturday, May 7th. They'll be taking the next steps in their journey to beat cancer.

The Race for the Cure raises money for screenings and mammograms, support services for people with breast cancer and for research.

Diane and Will Hughes have actually been fighting the disease on two fronts.

Diane got her breast cancer diagnosis in August of 2015. It was devastating news.

"I thought back to when my dad was diagnosed with cancer when I was 22," said Diane Hughes.

"And the ground fell away beneath me."

"It shook me at my core and our core," said Will Hughes.

After the diagnosis Diane had a lumpectomy then mastectomy and then started chemo.

Her husband Will has been with her through it all, and so has her camera.

She's taken lots of selfies and other pictures along her journey and posted them on Facebook.

"Once I put it out there, my friends, everybody came to me with words of encouragement and love.

And 'you can do it Diane, we're here.' And it was an amazing feeling," said Diane Hughes.

Right at the beginning Will kicked into researcher mode.

"Brought myself up to speed with the literature and the clinical trials that are being run and the types of treatment options we have," said Will Hughes.

That's only natural for a researcher... a cancer researcher at Boise State University.

For several years Dr. Will Hughes has lead a team that's developing a diagnostic tool using DNA to detect lung, breast and other cancers as early as possible.

"Our research team is looking for biomarkers that signal for cancer," said Dr. Will Hughes. "The biomarkers are called Micro RNA and they can be found in the bloodstream."

The team is even featured on one of the posters for the 2016 Boise Race for the Cure.

"A little bit shy about it, honestly, but then the other side is very proud," said Hughes. "We do a lot of great work here at Boise State."

He says they still have a lot of work to do, and the coincidence of what he does and Diane's diagnosis isn't lost on him.

"It adds fuel to the fire on the work we do and why we do it. There's no doubt."

A five-mile-a-day runner, she continued to run throughout the first few rounds of chemo at St. Luke's Mountain States Tumor Institute.

"I think it was my way of feeling, or getting the control back," said Diane Hughes.

And somehow started to see some humor in her situation.

"Once I found a little sense of humor, then I was addicted to laughing at myself."

She kept taking and posting pictures, too.

There are the snapshots of the haircuts the whole family got after her diagnosis, even their daughters.

"We all got the same style. It was kind of like a fauxhawk, which was a lot of fun," said Will Hughes.

There's one of the different kind of hairstyle she gave herself after taking her daughters to see "The Peanuts Movie."

The purple wig. Even a temporary neck tattoo.

"I put a joie de vivre on my neck, and people thought it was real!"

And then there is the photo taken during her last of six chemo rounds. It shows her giving a certain, well-known hand gesture; a gesture that features one prominent finger. It was Diane's special message to cancer itself.

"It was, I am done with this. I'm tired," said Diane. "I've done everything I could possibly do."

The picture is worth a thousand words, but the simple gesture sums them up so well.

"And I showed cancer who was boss," said Diane.

Diane had her final chemotherapy treatment two months ago.

She is a cancer survivor, but is reluctant to think the battle is over.

The chemo reduced her chances of the cancer coming back from 25% down to 8%, and she says that 8-percent chance will be in the back of her mind.

She's going to keep blogging about her journey, and says she wants to be a support system for other women facing what she's already been through.

Diane and Will also say they will walk in the Race for the Cure with their 4 and 6-year-old daughters because they've faced this battle as a team, and it's only fitting that they do the race together.

For more information go to the Race for the Cure Event Guide.

You can still register for the race all this week online, or at the race Saturday morning.

We will have special live coverage of the Boise Race for the Cure Saturday morning from 8 to 10 on KTVB and KTVB.com.