Steve "Kekeluv" Kicklighter, a DJ at MIX 106, set out to sit in every seat at Albertson Stadium to raise money for child abuse prevention. 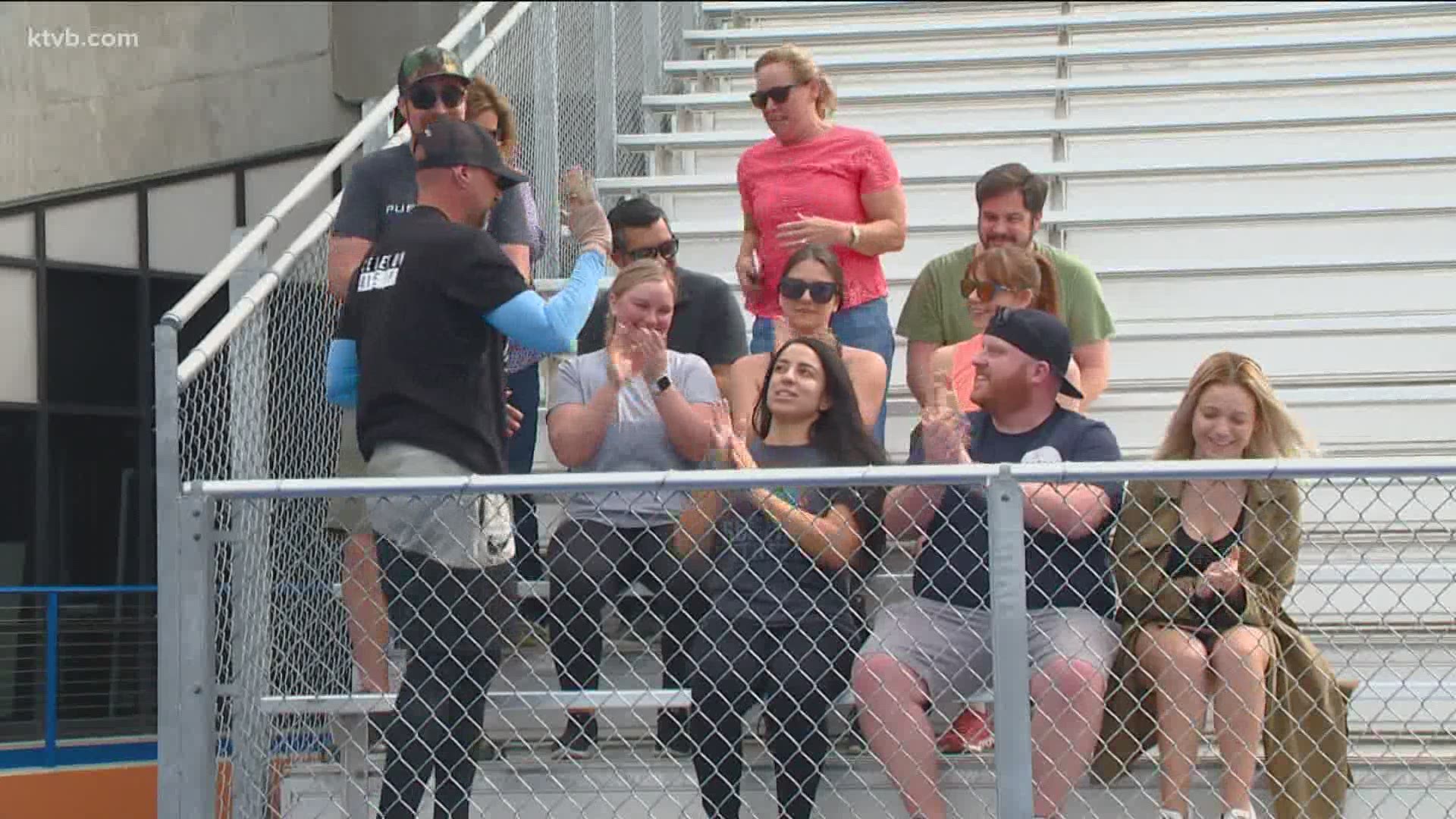 BOISE, Idaho — A local radio DJ set out on a mission to raise awareness about child abuse in the community, and on Friday afternoon, he accomplished that goal.

In the most recent edition of 7's Hero, KTVB's Maggie O'Mara featured Steve "Kekeluv" Kicklighter, the afternoon DJ at MIX 106 in the Treasure Valley. Because April is Child Abuse Awareness Month, Kekeluv decided to raise awareness in the community with his "Rise Up Against Child Abuse" campaign.

Part of that campaign was to sit in every seat at Albertson's Stadium to raise money for Faces of Hope, a support center helping those who are dealing with abuse and domestic violence.

For the past 14 years, Kekeluv has been focused on child abuse prevention every April.

"We started at the very top and ended right here in the endzone and that experience was interesting," he said. "I mean, that's 37,000 squats with a lot of help. Child abuse is something that I've been fighting for a while and it means a lot when you got your team here supporting you. They could see I was in pain and they were willing to come out here."

This week's effort is designed to draw attention to the message that it shouldn't hurt to be a child.

The well-known radio DJ managed to raise more than $47,000 for Faces of Hope.