Atlanta math teacher MJ Bridges says he made an extra $3,000/month just by charging the popular transportation alternatives in Midtown. 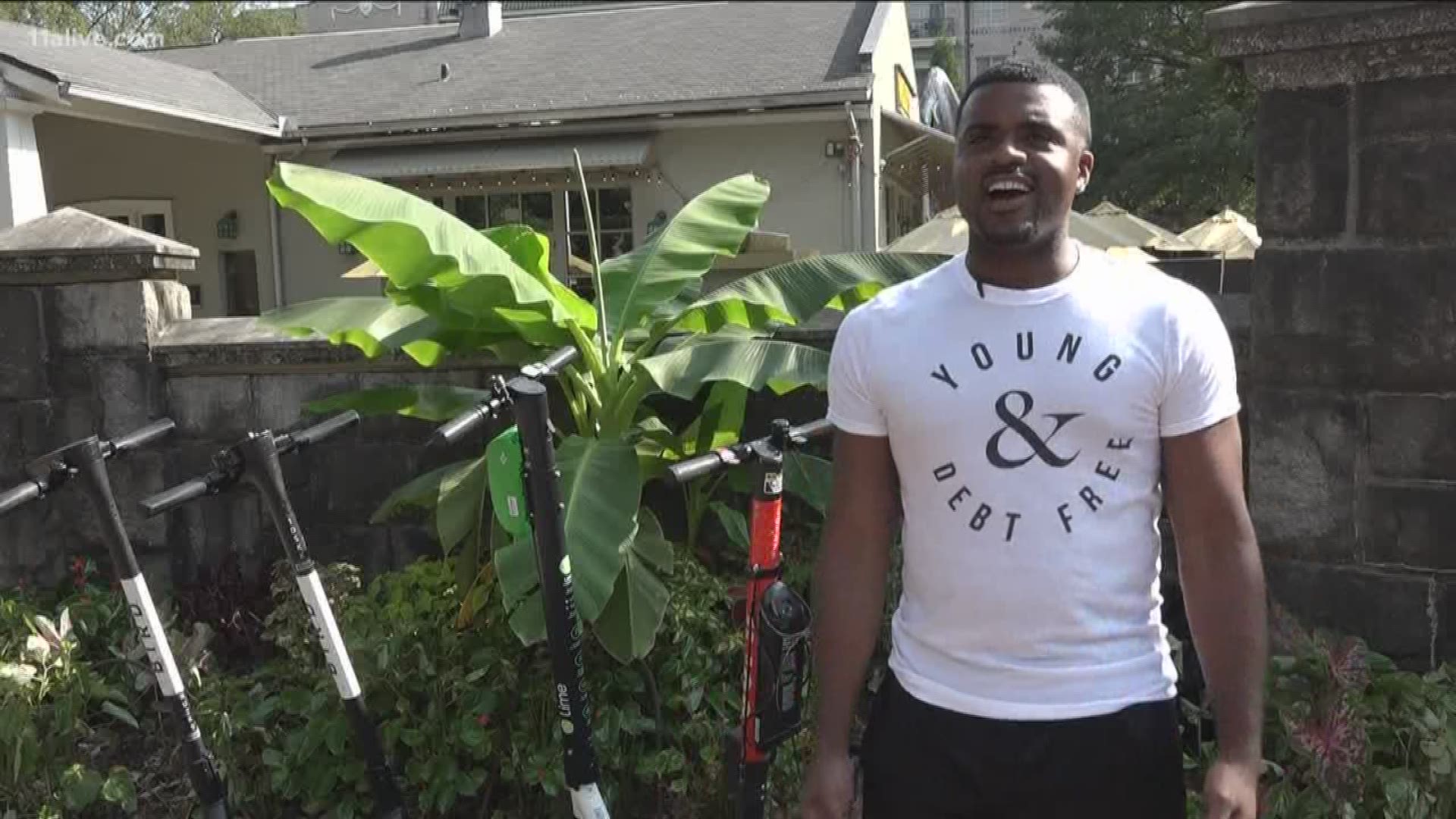 It's a position many Millennials say they find themselves in: drowning in debt.

MJ Bridges was no different, and found himself nearly $100,000 in the red.

It was a breakdown on the interstate that really hammered his situation home.

"I was driving on I-20 and a ran out of gas, and I didn't have any money," Bridges recalled. "It was at that moment that I realized, I'm really bad with budgeting".

So the math teacher began devising a plan. He started by picking up side jobs as a tutor, then a DJ at a local club. The extra money he brought in went directly to the debt, and he started seeing progress.

But it was a new craze taking over the Atlanta streets that helped him reach his debt-free goal.

"I was running in Midtown and i saw this guy putting all these scooters in his car, and I’m like, 'Yo what’s goin' on?'"

Bridges soon found that the guy hauling off the scooters was getting paid to charge them, and he wanted in.

He began signing up for charging stations from the e-scooter companies. Soon he was packing as many scooters as possible in his car.

"The scooter culture here has increased, and there’s more scooters on the streets," he added.

And more scooters equals more money. Money that got Bridges to his ultimate goal.

Bridges paid off the full $97,000 in August, and now wants to help others do the same.

He founded Young and Debt Free, a brand to help guide millenials and students on their financial journey.

"One thing I'd like to encourage everyone is to just be intentional about your money. I’m just preparing to continue to go around and talk to college students and young professionals as a personal finance educator helping them create budgets, helping them build credit, and ultimately build wealth."

T.I. debuts 'expediTIously' podcast to speak to the community

A hip hop influencer's son was arrested in Africa 8 years ago. He still hasn't gone to trial.