Ashley Rodgers, a woman with autism and bell ringer for the Salvation Army Nampa Corps, sings and dances to bring in more donations outside Walmart. 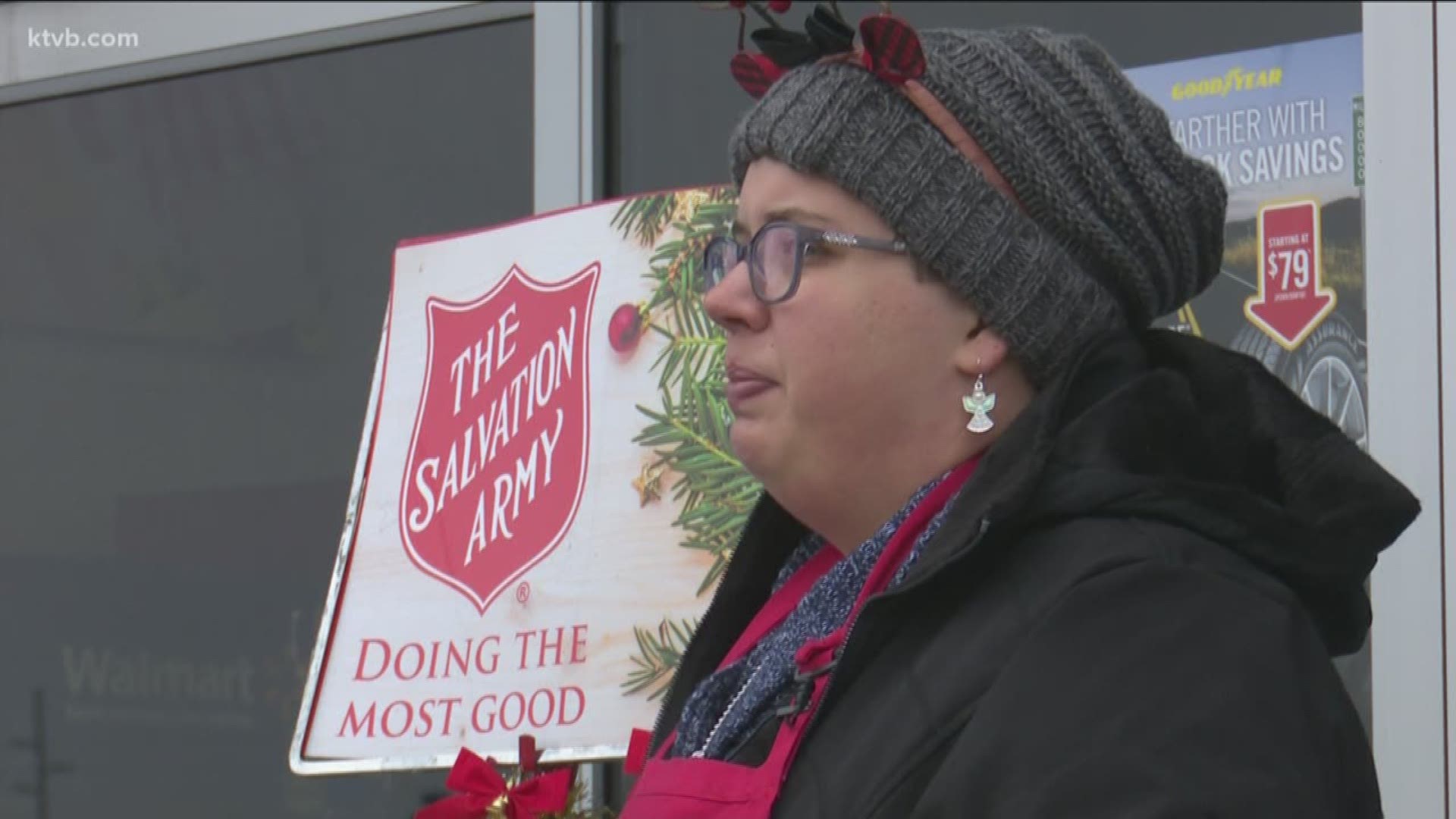 NAMPA, Idaho — The Salvation Army always has bell ringers outside of places like Walmart, Hobby Lobby, and Fred Meyer to collect donations ahead of Christmas for families in need, but one bell ringer for the Nampa Corps goes above and beyond just ringing a bell to bring in donations.

Ashley Rodgers spends 40 plus hours a week singing and dancing to holiday tunes, and wishing people a 'merry Christmas' outside various shopping centers.

Her holiday set includes favorites such as "Jingle Bells," "Rockin' Around the Christmas Tree" and "Silver Bells."

RELATED: 7Cares Idaho Shares 2019: A big day of giving is this Saturday

"I just think that it brings in more donations," Rodgers said. "It makes people happy and get in the Christmas spirit."

Rodgers has been a Salvation Army bell ringer for three years now, but she didn't always enjoy singing and dancing around people.

"I have a disability called autism and it affects me socially where it's hard for me to interact with other people," Rodgers said. "[This job] helped me build more self confidence and I'm helping out my community at the same time."

RELATED: Two Salvation Army workers share how the charity has helped them turn their lives around

Hundreds of people pass Rodgers' post throughout the day and give her a smile or wave, but she meets her fair share of Scrooges.

"There have been people who aren't the kindest in the world, but you always gotta smile at them and say 'merry Christmas' anyway," she said. "That could be their only smiling face for the day."

On a good day, Rodgers brings in $300 to $400 for the Salvation Army to help families in need.

"I'll usually get some one dollar bills, five dollar bills, and sometimes if you get lucky you might get a twenty or even a check," Rodgers said. "But some people, all they have is change, and that's okay. It goes to the same place."

Rodgers encourages people to donate any dollar amount they can give ahead of 7Cares Idaho Shares.

"It would really help out families and individuals who can't afford food, shelter, clothing, and even Christmas presents for their families," she said. "Whether it's big or small, it still counts."