During 7Cares Idaho Shares, people across the Treasure Valley helped neighbors in need this holiday season by donating food and money. 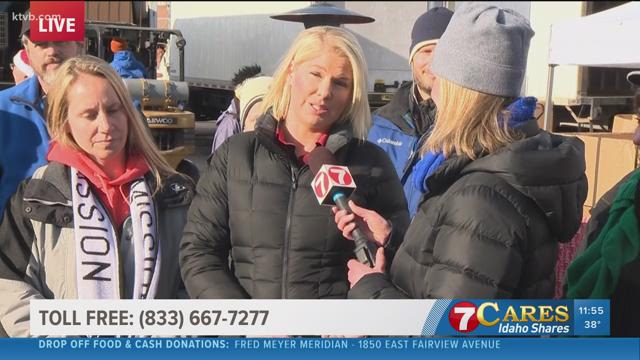 KTVB crews will be out in force Saturday morning for our annual day of giving, 7Cares Idaho Shares.

Watch live on KTVB.COM (bookmark this page!) or KTVB Channel 7 to follow our day of giving to support those in need. We'll be at 39 donation locations including several Albertsons and Fred Meyer locations in the Treasure Valley and Magic Valley (scroll down for an interactive map), as well as the Albertsons Stadium parking lot at Boise State.

7 Cares Idaho Shares is a live 5-hour telethon to raise food and cash donations in Treasure Valley and Magic Valley. This single day of giving benefits nine Idaho charities. Together the charities form a community safety net so that no one in our communities need go hungry or homeless. Donors include individuals, clubs, churches, schools and companies who share one common trait: compassion. In just one day, together we feed hungry families all year long with food donations that fill the shelves of local food banks. And we provide housing to those experiencing homelessness with cash donations that fund shelters. When we all give a little, we can help a lot.

7 Cares Idaho Shares began in 2008 as a food and cash donation drive at the KTVB studios. Founded on the pioneer spirit of neighbor helping neighbor, it empowered donors to give as they are able and collectively meet the needs of our most vulnerable citizens. Since 2008, donations have provided over 6.3 million local meals. In 2018, 179,000 pounds of food and over $250,000 were collected.

Follow along live below on Saturday as KTVB staff and others tweet about 7Cares Idaho Shares day with the hashtags #7Cares and #7CaresIdahoShares:

Doug Armstrong, who was KTVB President and General Manager from 1996 to 2018, helped launch 7Cares Idaho Shares in 2008. 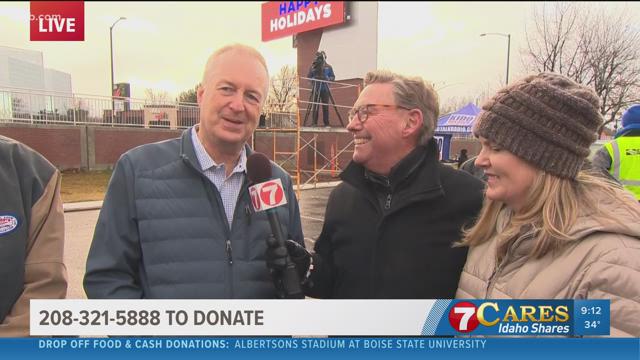 A woman who has known need in the past takes the opportunity to give back. 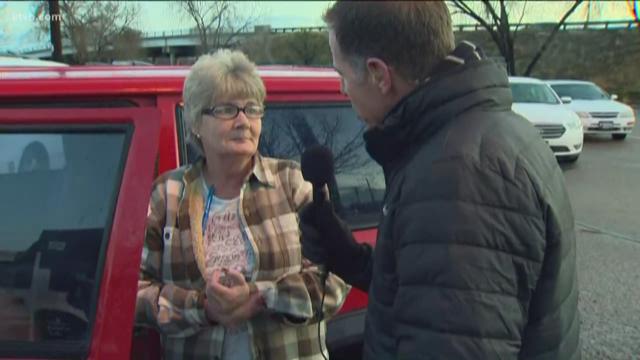 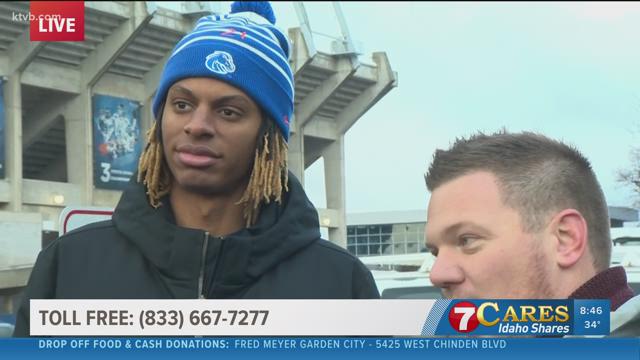 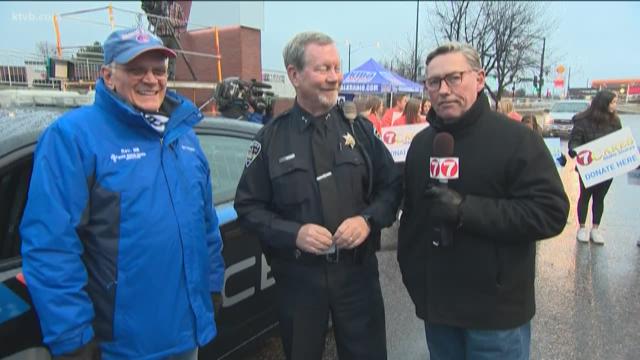 Shout out to Baby Yoda before Norco presents a major donation. 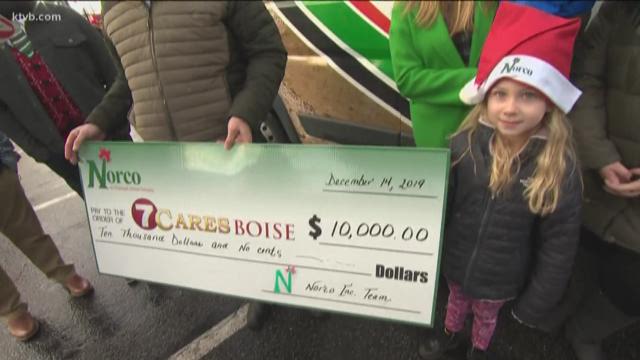