The secretary of state is next in line to become governor in Oregon. 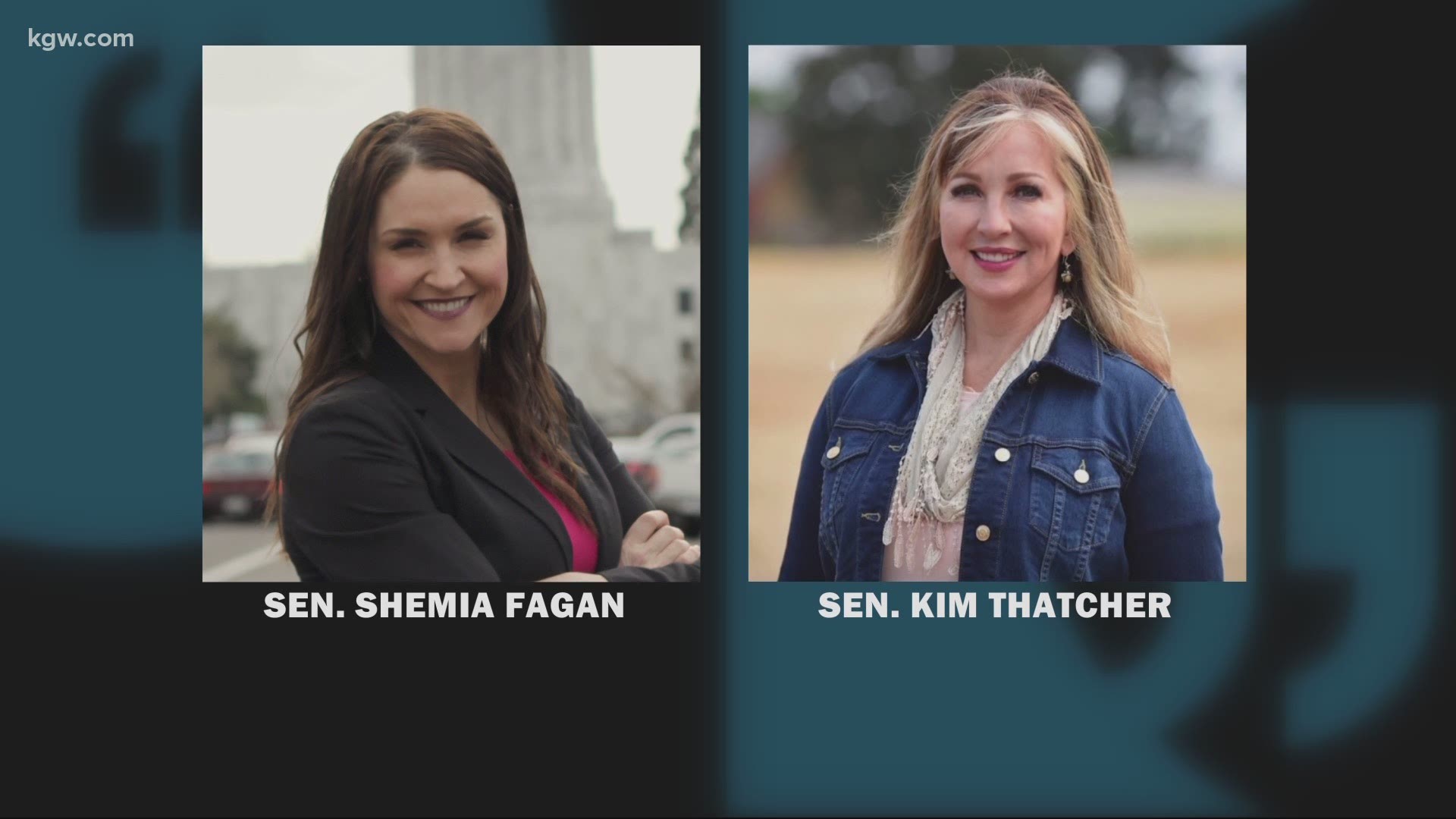 SALEM, Ore. — At the top of the local politics ticket in Oregon this November is the race for secretary of state. It's especially important because Oregon doesn't have a lieutenant governor, so the secretary of state is next in line to become governor.

Right now, Republican Bev Clarno holds the office, after Republican Dennis Richardson died of cancer last year. Clarno was only chosen to finish out Richardson's term on the condition she wouldn't run for re-election.

The two candidates in the running are Democrat Shemia Fagan and Republican Kim Thatcher, both with extensive state government experience.

Thatcher represents the part of the Willamette Valley between Hillsboro and Keizer and has been in the state legislature since 2005.

Fagan has been a state senator since last year, and prior to that, served in the state house for four years.

The secretary of state, once elected, is a primarily non-partisan position. The position is powerful, as they're in charge of registering businesses, performing audits on government agencies, housing state archives and -- arguably the most important -- overseeing state elections.

There's a chance Fagan or Thatcher, when elected, will have to deal with a much-lesser known elections-related subject: redistricting.

Redistricting is due to happen next year, since the census is being taken in 2020. State legislators are tasked with redrawing the lines, but if they can't do it, the secretary of state steps in to re-draw legislative districts. A judicial panel chosen by the chief justice re-draws congressional districts.

Here's how each of the candidates answered our questions about how they would handle redistricting:

"I will be outsourcing that to an independent commission that meets our diversity and equity goals to make sure that everyone in Oregon is represented. It was field in California when they did their independent redistricting, they've had it not meet their diversity and representation goals. So I as a secretary of state, even as a Democrat, I won't be drawing those lights. I'll be using independent commission model but one that's based on equity," Fagan said.