The proposal would not be a secession, but moving the state lines around and shifting the borders. 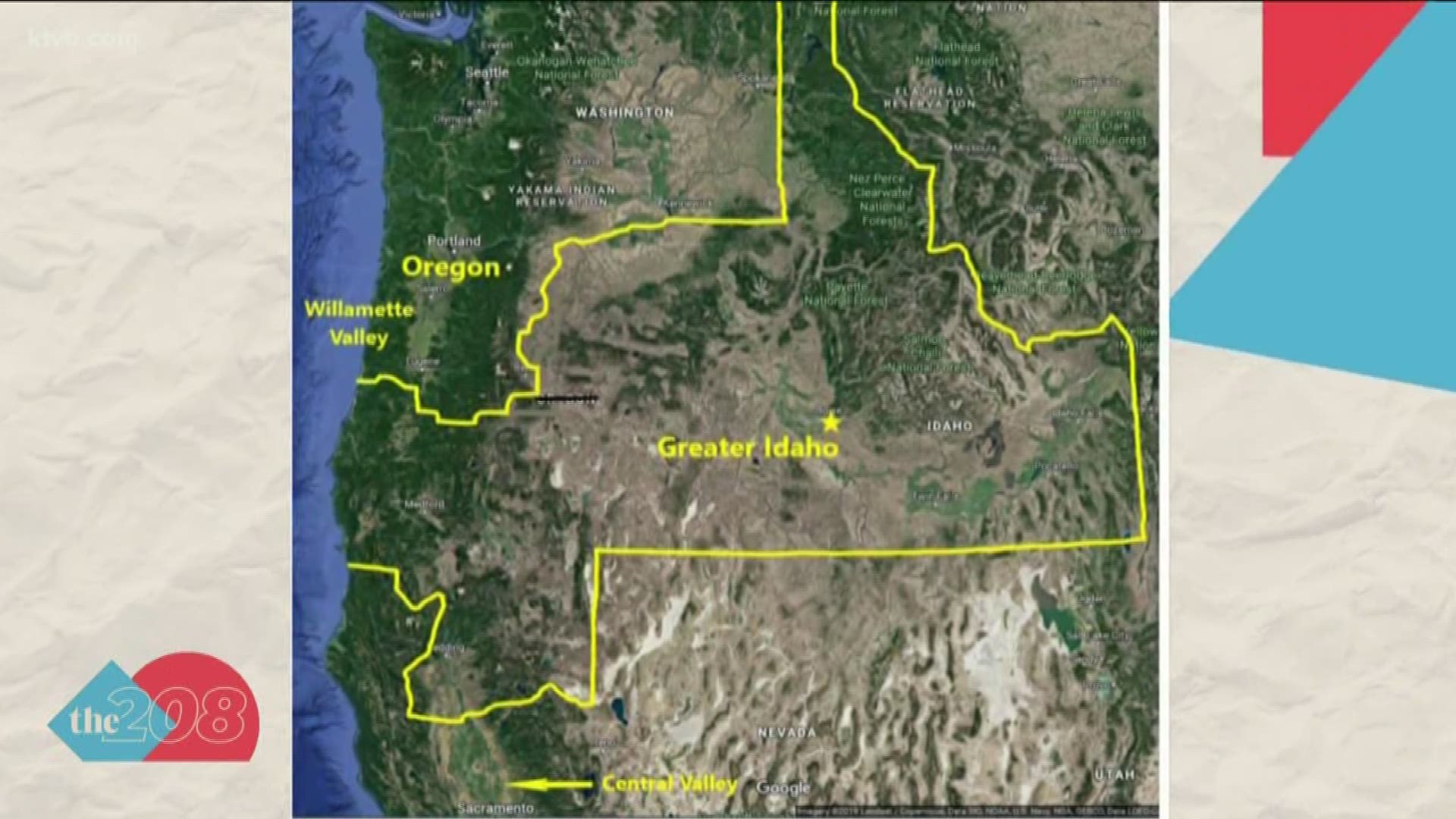 BOISE, Idaho — One Central Oregon man ‘wants to be freed from the shackles of living in a blue state.’ He wants a large chunk of Eastern, Central and Southern Oregon and a part of Northern California to become Idaho, creating ‘Greater Idaho.’

Michael McCarter is the man behind this movement.

“I think that if we don't try to do something and try to wake up Salem and say here is the problem,” he said. “You're making your decisions based on the Urban areas and the Willamette valley.”

That’s what he wants to change, so he wants to relocate the rural counties of Oregon and make them a part of the Gem State.

“In looking at moving this, we picked the Deschutes river as the western border of the new ‘Greater Idaho,’" McCarter said.

The map shows the Idaho state line moving as far east as Wasco County, and as far southeast as Curry County. The new Oregon would be much smaller and mainly comprise of the urban areas.

“We don't have any representation out of rural Oregon,” McCarter said. “It's all being dictated out of the urban areas up in Portland and down to Eugene”

McCarter argues both Oregon and California would want to approve this deal because it would let relatively poor counties go and both state’s average incomes would increase.

In his 38-page proposal, he said this would help those state government’s finances. So much that they would be able to reduce tax rates.

As for the loss of land, McCarter argues the two states won’t mind because there isn’t a state property tax. Instead, they care about per household income of an area since state budgets are generated by income and sales taxes.

Idaho would be interested in getting the deal done because it would strengthen the already strong Republican base in the state.

“All of a sudden you have 21% of the population that is primarily conservative moving into the Idaho area,” McCarter said. “Which increases the number of conservative people in Idaho.”

To find out how this deal would get done though, KTVB went and spoke with Shaakirrah Sanders, a law professor at the University of Idaho Law School in Boise.

“This portion of the Constitution talks about states being formed by the junction of two or more states or parts of states,” she said.

It’s a tall task to try and move the state lines, according to Sanders.

“Consent of the legislatures of all of the involved states would be needed and the consent of both houses of Congress,” she said.

However, Sanders isn’t sure if all three states would get on board with this plan.

Land isn’t the only thing up for grabs here though. Seats in Congress are also at stake.

“Both states would lose seats in the House of Representatives,” Sanders said. “States generally don't like to lose representation in Congress.”

On top of all those concerns of convincing the three states this is a good idea, Sanders wonders why McCarter doesn’t do something that is much easier.

“If you like the benefits of living in Idaho, it's really unclear why you wouldn't just move there which you have the right to do,” she said.

McCarter told KTVB why he isn’t doing that.

“I like where I live, so you can disagree with the legislature and the control of Oregon, or move to Idaho, or you can get behind the movement of bringing Idaho here to Oregon,” he said.

The group is starting to gather signatures in both Josephine and Douglas counties, and they’re still working on starting the process of starting the signature-gathering process in the 18 other counties in Oregon.

Their deadline to submit those signatures is August 5.

This proposal is split up into two phases. Oregon would be the first state to combine with Idaho, then the portion of Northern California would follow.