In 2018, Ontario adopted a new ordinance requiring all city employees to live within city-defined limits. 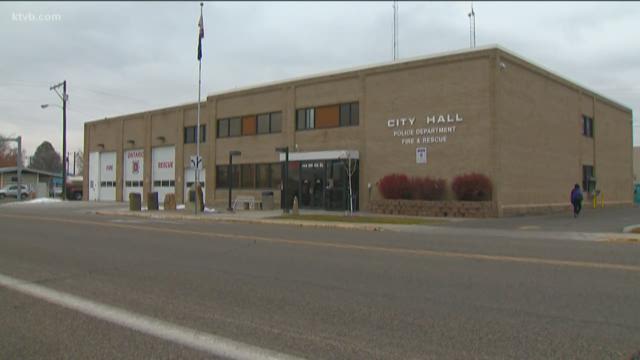 ONTARIO, Ore. — A police union is taking legal action against Ontario over a policy that requires all city employees to live within city limits.

Recently, one police officer was on the verge of being fired from the department because of the policy.

In February 2018, the Ontario City Council adopted a residency requirement stating that all city employees must live within the Ontario School District boundaries.

Any employee hired before the ordinance was enacted was grandfathered in and is not required to move to retain employment.

He said the council enacted the ordinance because it wants city employees that are invested in the community.

“They feel like you get a better, more investment with people that are actually here living and not commuting in for a job,” he said.

RELATED: Sunset Lanes in Ontario is adding a pot shop to help keep the bowling alley in business

Officer Sam D'Addabbo lived in Idaho but works for the Ontario Police Department. According to Brown, he was hired after the 2018 ordinance was put into effect. Because he did not live within the defined boundaries, it was possible he would be let go from the department.

However, Brown said earlier this week, D'Addabbo provided proof of residency for Ontario so his situation has been resolved and he will remain on the force.

According to Brown, litigation on the ordinance will likely still move forward because the Ontario Police Association, the city's police union, wants to challenge it on the grounds it forces people to move and could also potentially make hiring qualified personnel for the city more difficult.

In a recent public hearing on the issue, some questioned whether the policy could be considered unconstitutional and possibly violate the 14th Amendment, which deals with due process and limiting citizens' rights.

Ontario city leaders believe the ordinance is not in violation the 14th Amendment.

“Residency laws have seemed to be backed up in the state of Oregon,” Brown said.

Former Idaho Attorney General David Leroy agrees that legally, the city has a right to enact such an ordinance.

“There’s no constitutional right to municipal employment," he said. "While it may be a hot topic of policy, it’s not a very debatable legal point.”

Similar cases have previously held up in court, Leroy said, including at the U.S. Supreme Court level. In his opinion, as long as the restrictions are reasonable and rational, the courts will likely side with the city.

KTVB also spoke with Ontario police chief Steven Romero who said he's not sure what effect the ordinance would have on the ability to hire qualified officers, but added that recruitment is already difficult.

"Recruitment in these times is a challenge with or without these policies," Romero said.

RELATED: 'This is the marijuana capital of Idaho': Pot sales bring cash infusion to Ontario