Ontario buildings continue to collapse under weight of snow

This extreme weather is leading to a lot of damage all over the region, everything from flooding concerns to building collapses, and the city of Ontario might be seeing some of the worst of it. 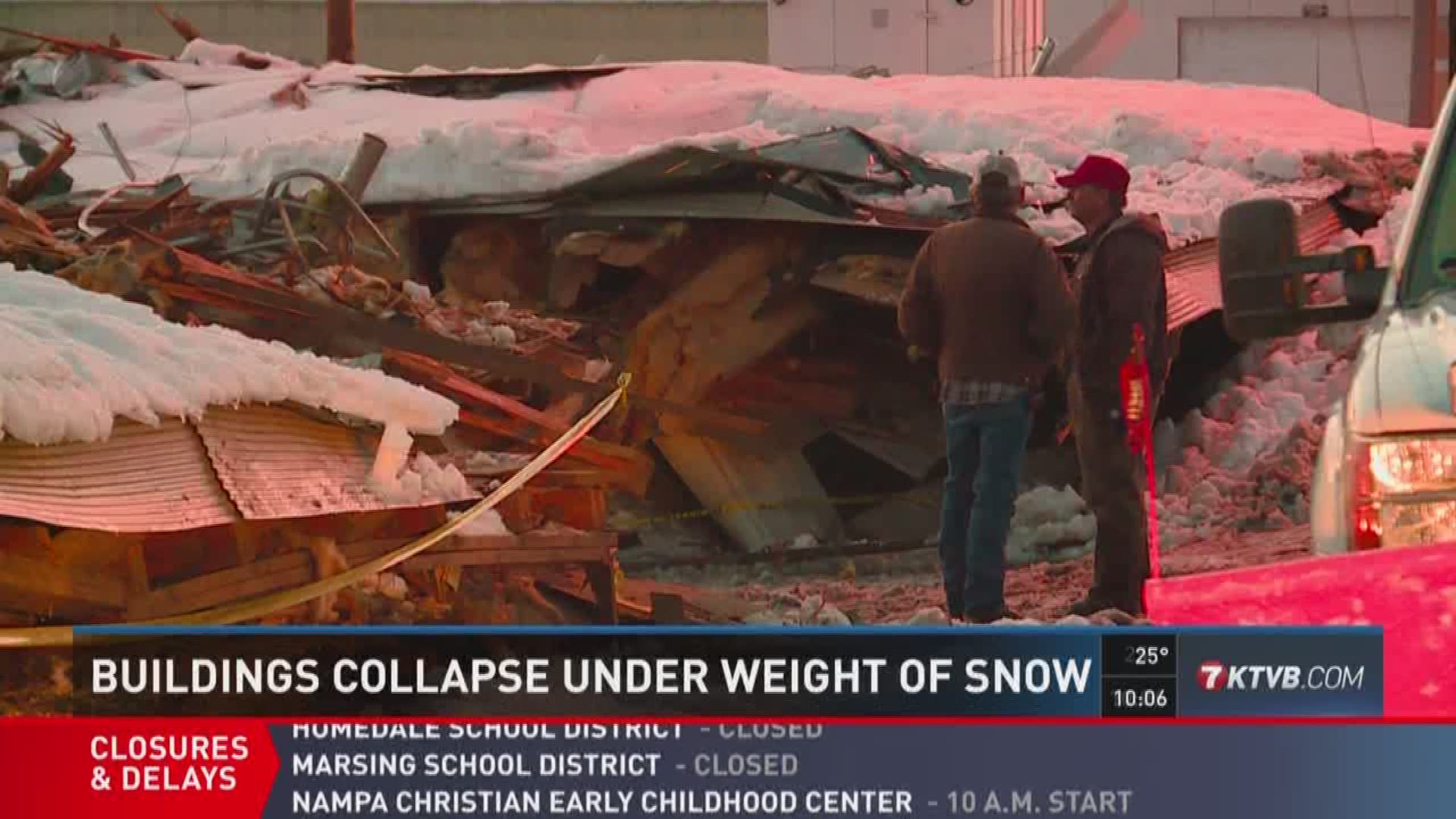 This extreme weather is leading to a lot of damage all over the region, everything from flooding concerns to building collapses, and the city of Ontario might be seeing some of the worst of it.

City officials say Ontario has gotten almost 30 inches of snow so far this season. They say that’s the most in nearly 20 years.

"It doesn't compare,” Mayor Ron Verini said. “This is the worst I've ever seen."

The biggest concern right now is the weight of the snow on roofs of commercial businesses.

“The pack on the roofs is anywhere from 18 to 24 inches of snowpack,” City Manager Adam Brown said. “A lot of the more recent moisture being more rain-like or ice being heavier, so it's heavier on top."

Some businesses like Albertsons and Walmart proactively closed to take off some of the snow and avoid danger as best they can.

But not every business has been as fortunate.

"Because we haven't experienced this in a number of years, some of these older buildings just cannot take the weight," Verini said.

Adam Brown said no one was hurt in the recent collapses, but these incidents are still leaving city officials with other concerns.

"Our main concern is the safety of our community and citizens,” Verini said. “We have a tremendous amount of problems with the weight of the snow and collapsing of our buildings, and because of that there’s always that challenge of human life. A building you can replace, but a life you can't."

More concerns the city has are flooding because of clogged storm drains and fire hydrants blocked by snow.

But Mayor Verini said those are also the areas where community members can help.

“If you're seeing an accumulation of water, maybe give us a call or go out there and get a shovel and try to dig out just a little trough to get that water out of the way,” he said.