The Boise County Sheriff's Office said three people in a raft went into the water. One of them died. 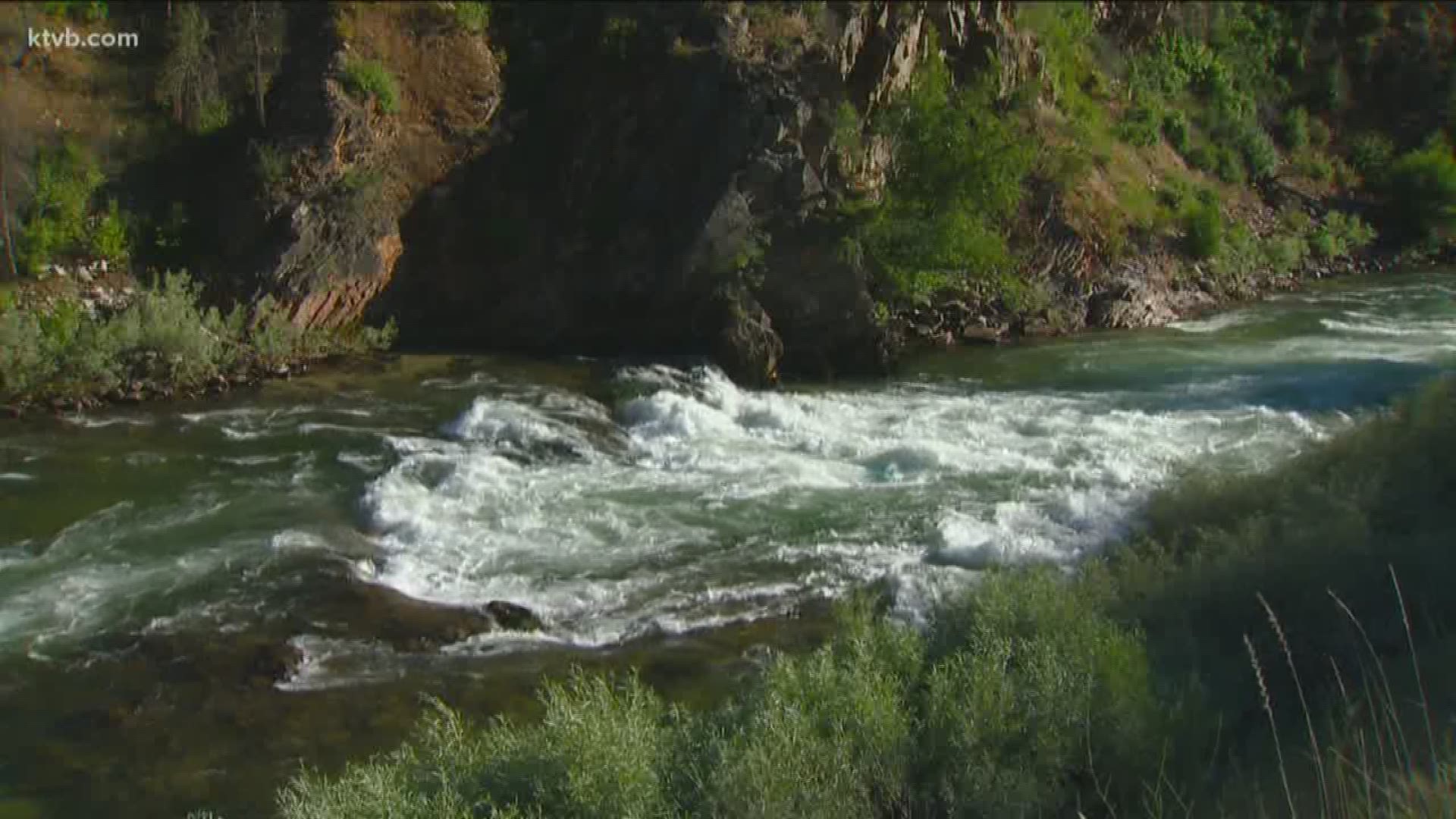 BOISE COUNTY, Idaho — One person is dead after a raft trip turned tragic on the South Fork of the Payette River Thursday afternoon.

Sergeant David Anthony with the Boise County Sheriff's Office said that someone called 911 at about 2:30 p.m. to report that rafters had gone into the river at Big Falls Rapid -- about ten miles east of Garden Valley on a section known for Class III and Class IV rapids.

He said a total of three rafts were floating together as a group when they got to Big Falls Rapid, and that two of the rafts were able to go around it, while a third raft, with three people on board, went through the rapid.

All three people on that raft were thrown into the water.

Anthony said that a 27-year-old man died, and that deputies have recovered his body. His name has not been released.

The other two people who were thrown from the raft were able to get out of the water, and did not suffer major injuries.

According to Anthony, people typically choose to go around Big Falls Rapid because it's potentially dangerous.

“It makes a 90-degree angle turn and actually there’s large signs upstream advising all rafters to portage it and for some unknown reason, this boat either chose not to portage it or was unable to in time,” he said.

The rafters involved in Thursday's accident were not on a professionally guided trip. Anthony said he encourages safety on the river, and going with someone who is an experienced guide if possible.

“Since 2006, since I’ve been doing law enforcement in Boise County, I don’t recall any fatalities with any of the local rafting companies so in my view the safest route to go is with a professional river guide,” Anthony said.

Thursday's drowning was not the first in Boise County this season. A 43-year-old woman from Washington died Sunday after falling off a raft on the main Payette, Anthony said.

The same day, emergency crews rescued a 53-year-old man and had him flown to the hospital. He survived.

Anthony said when preparing to hit the river, make sure you go with someone experienced, make sure you have the proper equipment and safety gear, and don't be impaired in any way because the river is unforgiving.

KTVB has sent a crew up to the area to gather more information. We will update this story on the News at Ten and here at KTVB.COM.