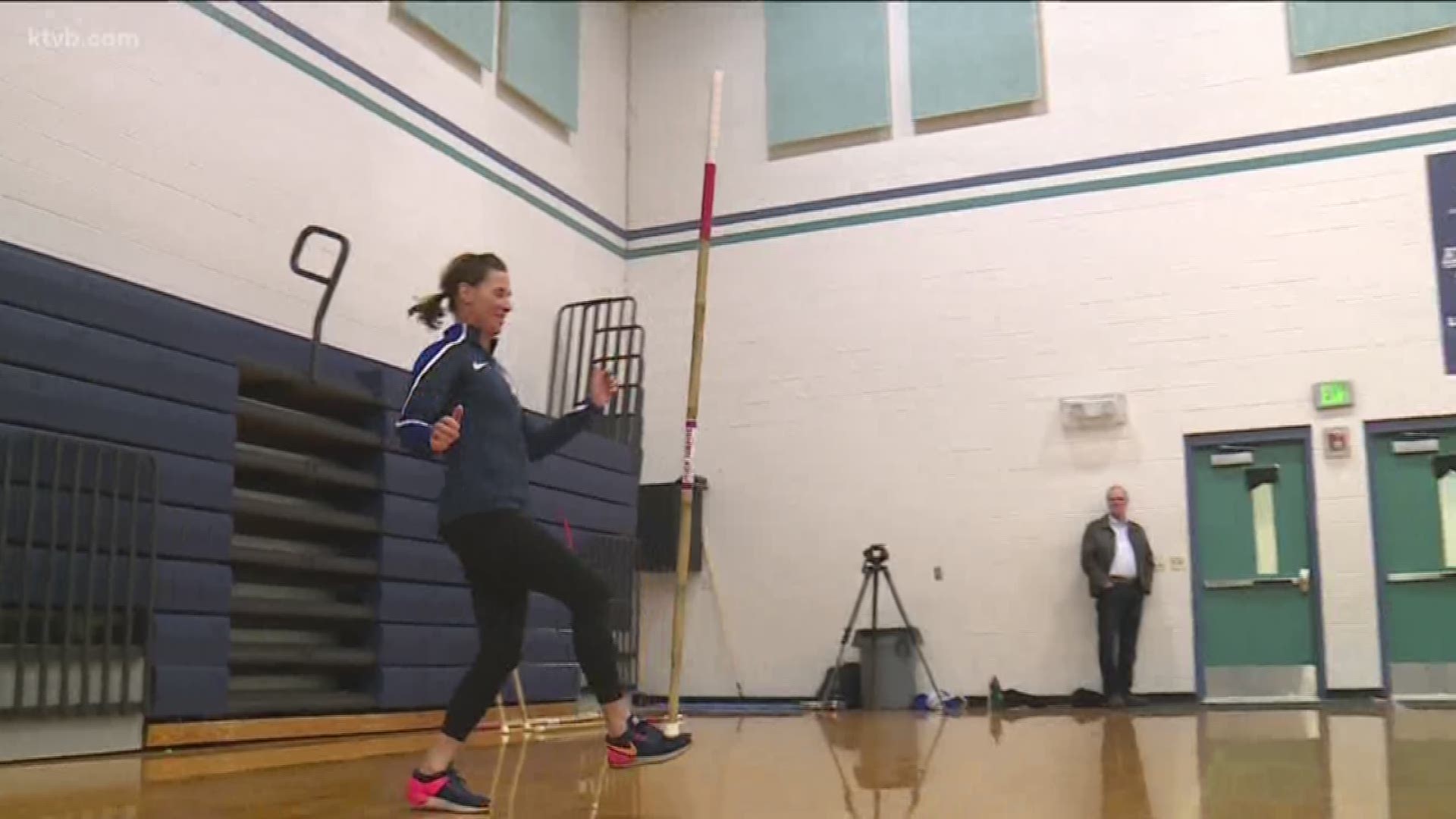 MERIDIAN, Idaho — Not being afraid to fail was the message in PE class on Thursday for some sixth graders at Lewis and Clark Middle School in Meridian. The class had a special guest, Olympic gold medalist Stacy Dragila.

The Idaho State alum won gold in women's pole vaulting in the 2000 Sydney Olympics. She showed the kids stick jumping, a toned-down version of pole vaulting, in which a bamboo stick is used to jump over and across obstacles.

The stick jumping program is sponsored by Dragila's Boise-based nonprofit, called Try Something New. According to the group's website, it is a health and fitness educational program, targeted at kids before they get to high school.

“It's really not about finding that next Olympic hopeful, it’s about getting the kids up and participating,” Dragila said. “One, we have a huge obesity problem and two, I think there are a lot of kids out there just afraid to fail and be laughed at in front of their friends.”

RELATED: Olympic gold medalist puts down roots in Boise, gives back to community

The kids at Lewis and Clark were broken up into three stations. At one station Dragila taught the kids how to balance the stick on their palm, feet and moving the stick from foot to foot.

At another station the kids used the stick to jump through an obstacle course pads.

The final station consisted of two pads with a gap in the middle of them. The kids had to use two sticks to jump across the gap and land safely on the other pad.

“My favorite part is seeing the smiles on the kids’ faces,” Dragila said. “Little bit of sweat, and they were up participating the whole time and doing something that isn't ordinary that comes through their school.”

Dragila said she loves getting the program into schools because it gets kids out of their comfort zones and it gets them trying something new.

She's introduced this program in a handful of schools across the state, four of them here in the Treasure Valley, and one in Pocatello.