The leaders of four organizations in Old Town demanded immediate action from leaders to keep visitors, staff and volunteers safe. 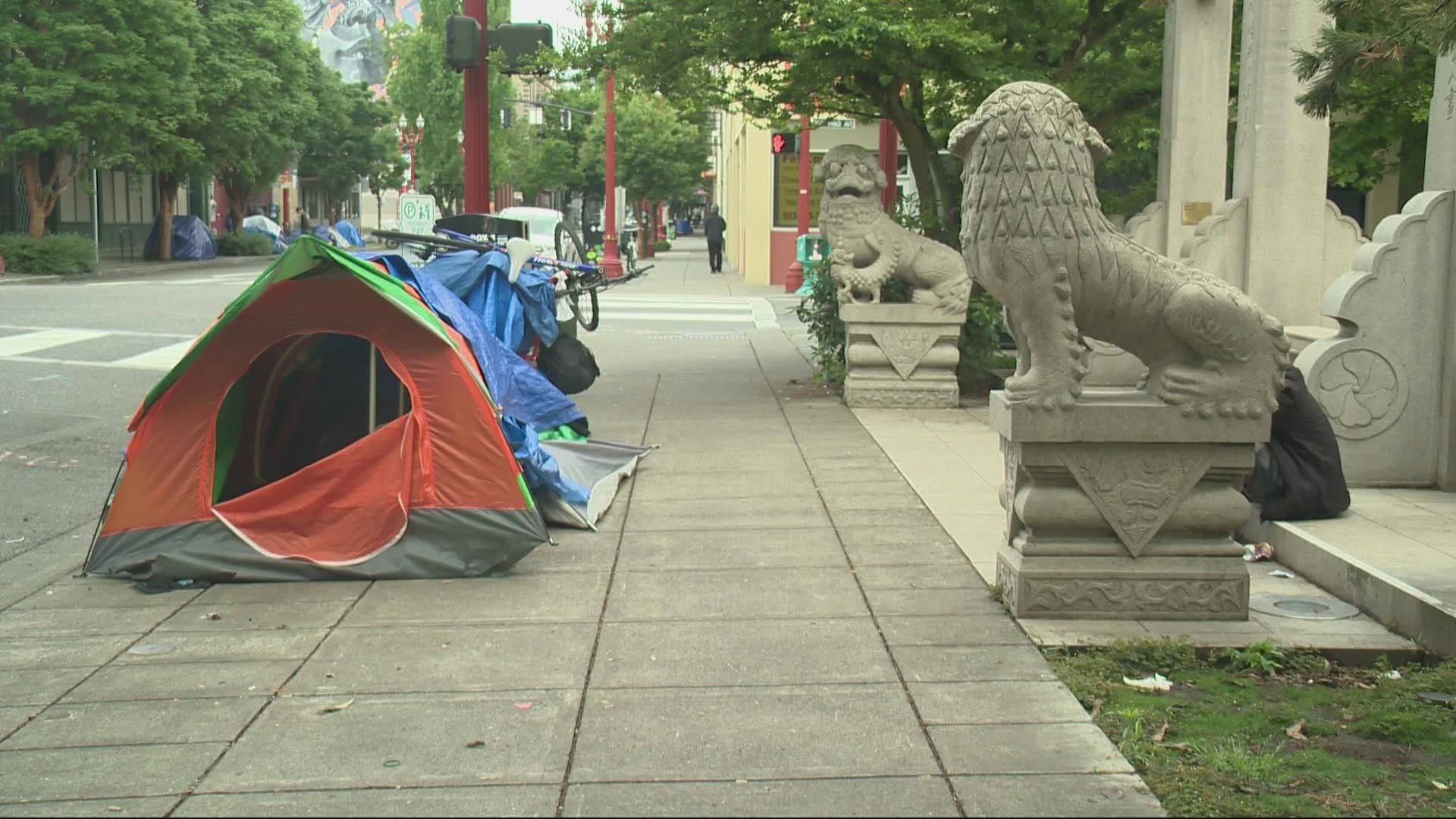 The letter was signed by the organization leaders and board presidents of the Japanese American Museum of Oregon, Lan Su Chinese Garden, the Oregon Jewish Museum and Center for Holocaust Education and the Portland Chinatown Museum.

The letter says it is "past time" for city and county officials to take action to fix the neighborhood's "rapidly deteriorating conditions." It points out the neighborhood was recently described as an "open-air psychiatric ward."

"The frequency and severity of the vandalism, violence and mental instability has only worsened in Old Town over the past three to four weeks. On a single day in September, three staff members at the Lan Su Chinese Garden experienced a combination of physical and verbal assaults," the letter reads.

In September, Lan Su Chinese Garden said it had hired private security amid assaults on staff members and a number of criminal incidents near the garden. Last month, Lan Su's director Elizabeth Nye sent KGW a list of incidents staff had recorded near the garden. From July through Sept. 23, they recorded 161 incidents that varied from gunshots and public indecency to drug use and fist fights.

The area has seen a surge of violent crime this year. A woman visiting from out of town was stabbed in the middle of the afternoon at Northwest 3rd and Couch Street in July. A man was shot and killed inside a nightclub in August, then five people holding a vigil in his honor outside that club were injured in a drive-by shooting.

The organizations point out the neighborhood has historical cultural significance for Chinese, Japanese and Jewish Portlanders, and their organizations were founded to honor and preserve that history.

"Local government's inability to protect this neighborhood disrespects that history," the letter reads. "What’s more, as organizations dedicated to giving voice to those who have suffered discrimination and indignity, it is particularly difficult to recognize and respond to the crisis of humanity unfolding around us daily."

Read the full letter below:

The organizations are requesting a personal meeting no later than Oct. 22 to discuss how to clean up Old Town, including more law enforcement and mental health professionals.

KGW has reached out to the mayor's office and city and county commissioners for comment. Commissioner Mingus Mapps' office said it has invited the group to discuss concerns on Thursday.

Commissioner Dan Ryan released the following statement on Wednesday morning, in which he said he plans to meet with representatives of the group to collaborate on solutions. Here's the full text of Ryan's statement:

"I want to thank Lan Su Chinese Garden, the Japanese American Museum of Oregon, the Oregon Jewish Museum and Center for Holocaust Education, and the Portland Chinatown Museum for speaking their truths regarding the untenable state of Old  Town and their safety concerns," Ryan said in the statement. "Our arts and culture organizations have suffered immensely during the COVID-19 crisis, and the dramatic spike in unsanctioned camping, mental and behavioral health crises, and criminal incidents have exacerbated that suffering. Old Town needs our support now more than ever. No employee, resident, or tourist should fear for their physical or emotional safety because of where they work, live, and play. I meet with Old Town business owners and residents frequently—these concerns are elevated today, but sadly this historic neighborhood has faced similar challenges for many years. I am planning to meet with representatives from these reputable institutions to collaborate on solutions. We are fighting for the soul of our City, and Old Town is the epicenter."